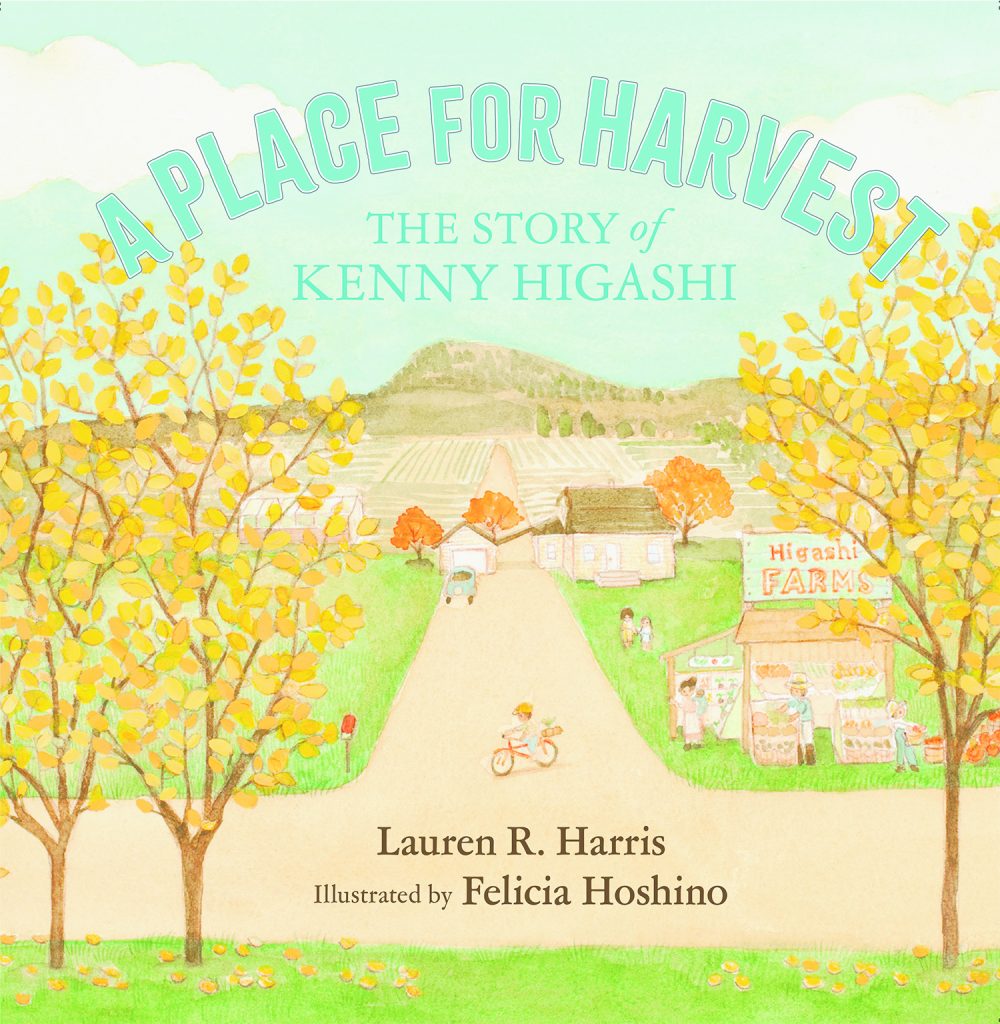 This spring also brought the publication of a children’s book featuring a 100th Battalion soldier, Kenny Higashi, who was raised on a farm in South Dakota. But after Pearl Harbor when west coast residents of Japanese ancestry were being sent to concentration camps Army officials told Higashi’s parents that they could stay on their farm only if one of their two sons would volunteer for the Army.

“A Place for Harvest,”

In Lauren Harris’ book, “A Place for Harvest,” Higashi leaves his family’s vegetable farm in Spearfish in the Black Hills of South Dakota at age 22 and is inducted into the 100th Battalion, serving in Company C. He participates in the Vosges campaign before he was wounded in Italy and sent home. Harris said she met Higashi while writing her first children’s book on the 442nd Regimental Combat Team, “The Plum Neighbor.” Her second book is geared to a middle school audience and tells how the town planned to refuse the government’s order to protect the family. Higashi died in 2020. The book is published by the South Dakota Historical Society Press. Harris’ first book was done with the help of the Go For Broke National Education Foundation. She also notes the work of Jeff Morita who helped Higashi as he has with countless other Hawai‘i Nisei veterans in researching and acquiring the French Legion of Honor medal. The book is illustrated by Felicia Hoshino, whose parents were sent to Minidoka (Idaho) and Poston (Arizona) concentration camps.

Also in production is the fourth volume of the book series “Japanese Eyes, American Heart” by the Hawaii Nikkei History Editorial Board and the MIS Veterans Hawaii. Edited by journalist Mark Matsunaga and Gregg Hirata, whose fathers served in the MIS, this fourth volume focuses on AJAs from Hawaii who served in the war against Japan. Hirata, current chairman of the Hawaii Nikkei History Editorial Board, reviewed the interviews that were conducted by the MIS Veterans Club and together they selected stories for the book. “We are focusing on the Hawai‘i AJAs because their story has not been fully told and understood,” Matsunaga said. “There’s a tendency these days to homogenize the ‘Japanese American experience in World War II.’ As you know, circumstances and attitudes were different here than on the continent.” Tendai Educational Foundation is the publisher of the “Japanese Eyes, American Heart” series of books through its subsidiary, the Hawaii Nikkei History Editorial Board.