On the day radio broadcasting started in 1925, Yasuko arrives in this world, the daughter of a family who runs a traditional sweets shop. As war looms, Yasuko’s loving world turns dark, but it is also this time that she discovers a radio English course that ultimately opens her future. Rui is Yasuko’s daughter, and her story begins in post-war Osaka. The family saga continues with the story of Hinata, Rui’s daughter, which begins in 1970s Kyoto. Three women, three generations, one hundred years. Though confronted with the hardships, each carves out her own path in love, career, and marriage. Through it all, radio English plays a symbolic role, epitomized by “Come Come English,” which was a beacon of lighthearted optimism in the days immediately following the war. Fully subtitled in English.

Meet Marilyn Tanaka. She is lousy at the job, but nothing gets her down. As she gets involved with the workplace problems of the idiosyncratic colleagues she encounters in various departments, she begins to race up the corporate ladder, powered by her positive spirit and her senior, Ms. Minegishi’s low-key devious methods for success. Fully subtitled in English.

Sato Shinohara grew up in a downtown area where she and her mother run an inexpensive diner. Mentally strong with a cheerful personality, she is dearly loved by the customers. One day, Kenta Miyama, the guy she is dating, proposes to her and she accepts… Although the Miyama family is fiercely opposed to their marriage because of the disparity in their status, she believes in her boyfriend and marries into the family. At first, she is not convinced by the old-fashioned customs of the family, so typical of high society. However, after she finds out that Kenta has a wish in his heart to “make the family a normal one,” she decides to challenge through… Fully subtitled in English.

Premiere titles air on Friday. “Movie of the Month” premieres on the first Saturday. Movies are shown at various times. Check your digital on–screen guide for movie schedules, using either the GUIDE or INFO buttons (up to one week ahead). Or call NGN, Mon. – Fri. from 9 a.m. to 6 p.m. at (808) 538–1966 for inquiries or to request an e–mail of NGN 3 programming information. All movies are in the Japanese language with full English subtitles.

In the Edo period, it cost an absolute fortune for a lord to transfer from one fief to another, and if the shogunate reduced their stipend as well, numerous samurai had to be released from service and rendered masterless. The strain of these repeated relocations takes its toll on Matsudaira, and after he passes away, his mantle is inherited by the ineffectual and paralyzingly shy Shunnosuke Katagiri. He is forced to take on a task that no one else wants, and makes a desperate attempt to survive his seemingly hopeless predicament with no manpower, no money, and no experience …

A young son of a master of the Kuwana clan gets disowned by his rebellious behavior. After he goes from the mountains to the ocean defeating the evil, he becomes a fine man.

Entrusted by a Roman saint, the brave soldiers guard the key to the treasures of Crimson Peacock from malicious pirates.

Brave and compassionate man Tasuke prevents the feud between the lords. 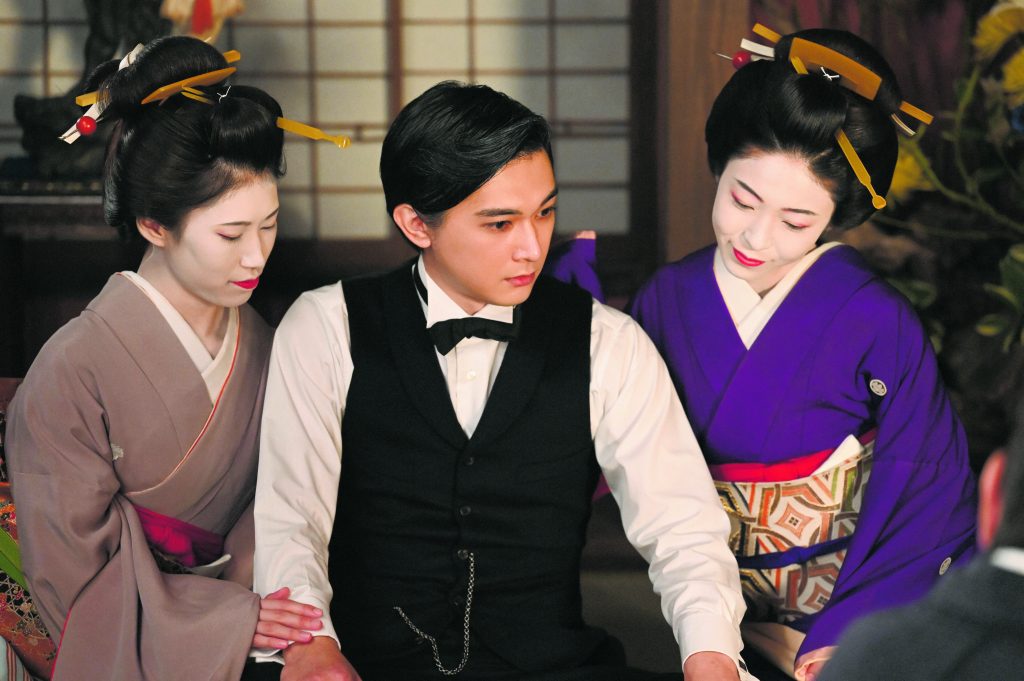 A young man and a woman are on a mission to protect a mysterious mirror that hides the secrets of a great fortune.

Ryujin Misaki, located at the edge of the Genkai Sea, is known as an isolation ward for leprosy patients. When Saotome, a sword master and guard of the Shogun, hears news of a doctor gone missing, he begins to suspect that things are not what they seem at Ryujin Misaki. Intent on discovering the truth, Saotome launches a private investigation.

Kimie, a traveling guitarist, performs at various inns at help out her sickly mother. One night while out with her mother, Otoshi, Kimie unexpectedly sees her father, who had abandoned the family 20 years ago. Her hopes for a happy reunion are quickly dashed as her father, having married into a wealthy family, wants nothing to do with her. Will Kimie be able to regain her father’s love?

Oryu the gambler travels to find young Okimi who was orphaned after her mother’s death several years ago.

After eloping with a prostitute, Otoyo, Hishakaku takes refuge in the Kogane family’s turf. Indebted to Boss Kogane for his kindness, Hishakaku swears to dedicate himself to protect the Koganes in time of crisis. Hishakaku’s humble life comes to a sudden halt when the Kogane family becomes involved in a fatal feud with their rival, and Hishakaku’s services are called upon.

In ancient Japan, a good lord is killed and his throne stolen by the treacherous Yuki Daijo and the evil wizard Oroki-maru. Miraculously, during the attack, young prince Ikazuki-maru is rescued from the jaws of death by a magic bird. Ten years later, Ikazuki-maru, now a wizard himself, embarks on a quest for vengeance.

Based on the true life story of Mas Oyama, the founder of Kyokushin karate in Japan, portrayed by Sonny Chiba. Oyama is a martial arts champion who wants to leave the competitive world for a quieter life. But after he becomes involved in the death of an underworld figure, he finds himself on the run from thugs determined to take revenge against him.

Kaoruko and Kazumasa Harima are married with two children. They are planning to get a divorce once their daughter, Mizuho, enters elementary school. Then one day, Mizuho has fallen into a coma after a near-drowning accident in a pool. The doctors declare her brain dead with no prospect of recovery. However, Kaoruko sees her daughter’s hand twitch when she is saying her final goodbye and is unable to accept the reality of her death. A shocking conclusion awaits the couple in the face of a cruel fate…

In the hot springs town of Yunotsu, Tora-san falls for a young woman whose husband has disappeared and decides that he wants to marry her. Tora-san also comes to the aid of Utako (Sayuri Yoshinaga, reprising her role from Tora-san’s Dear Old Home), whose husband has died and who wants to reconcile with her estranged father.

Ten warriors of the Toyotomi Shogunate come together to battle against those who plot to assassinate the shogun.

In 1919, a group of Japanese immigrants arrives in Hawai‘i. Among them are Yoshio Inoue and his wife Kishino, and Sumi, a young woman ready to get married soon. With soil that is hard to work and a subtropical climate, the immigrants must cope with a hard life. After years of hard work, Yoshio finds work as a teacher while his wife manages to open a small grocery store. But with the war around the corner, life becomes more and more complicated for the Japanese immigrants in the U.S.

Shingo’s long-awaited peaceful life comes to a halt when his rival Hikojiro suddenly appears and demands a final duel.

Kindhearted yakuza Hanjiro of Asama risks his life in saving his henchman Genjiro and his family.

The feisty lord Matabe falls into a trap planned by the evil Sanzaemon, who, in a twist of fate, is an elder to Matabe’s childhood friend Lord Nagamasa.

Misora Hibari stars in this heartwarming story of love and forgiveness about a young woman’s efforts to keep her family together after her sister is disowned by their father for marrying the wrong man.

Magistrate Kinshiro investigates a series of unsolved deaths that are connected to a mysterious monk.

Okinu, the beautiful daughter of a feudal lord, discovers her true identity and leaves her lavish life behind to avenge her birth father’s death.

Yumechiyo, a geisha house madam recently diagnosed with a terminal illness, yearns to do something constructive with the little time she has left. Through her responsibility lies in taking care of her girls, she finds purpose in providing a man innocent of a false murder charge and in the process discovers love for the first time in his arms.