There are now 1.72 billion reasons for the state House to pass Senate Bill 3289 to create a Hawai‘i retirement savings program.

A report prepared for the Legislature’s Retirement Savings Task Force examined what would happen in Hawai‘i if we do nothing to help more people save for retirement. The conclusion – Hawai‘i taxpayers will pay an estimated $1.72 billion in additional state government health and social services costs over 20 years for workers and their families reaching retirement age without adequate savings.

The report, prepared by Econsult Solutions Inc., estimates that about 60% of households headed by residents 65 and older lack sufficient savings and are in danger of needing state support as they age. That’s more than 92,000 households now, rising to more than 120,000 households in 2040. The average income of these families is about $32,940.

For several years now, AARP Hawai‘i has proposed a common-sense solution to help more workers save their own money for a secure future. But the state House has let the bills die — effectively kicking the can down the road.

SB3289 would create a state-facilitated automatic IRA savings program that could be offered to small businesses at no cost so they can give their workers an easy way to save at work through payroll deduction. Payroll deduction is the easiest and most effective way for workers to start saving.

It’s just common sense. I have lived paycheck to paycheck and spent all the money I was paid every month. But because I had a 401(k) plan, money was taken out of my pay before I could spend it and I saved. Without payroll deduction, I don’t think I would have saved any money.

There are more than 200,000 workers in Hawai‘i who don’t have 401(k)s or other payroll savings plans. If we can make it easy for them to save at work, they will save and all of us, especially taxpayers and their families, will benefit.

We know automatic IRA programs work because they are already being used in California, Oregon and Illinois. Some 430,000 workers in those states have saved more than $410 million. About 70% of workers offered an easy way to save and participate. The average income of savers in California — a high cost-of-living state — is about $25,000 and the average amount saved is $150 a month.

The program would be a private-public partnership similar to the 529 college savings plan that Hawai‘i already offers. The state would set up and oversee the program but would not hold the money. Private financial services companies would invest the money and keep track of it. The money would be in individual worker accounts that can go with them if they change jobs.

The Senate passed SB3286 unanimously. But a companion House bill died because the House did nothing. When we are facing $1.72 billion in increased taxpayer costs, doing nothing is not an option. Go to action.aarp.org/hisaves and tell your state Representative to pass SB3289. 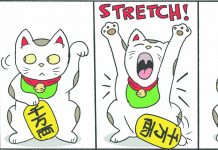