(Programs are subject to change, without notice. For updated information, call 847–2021.) 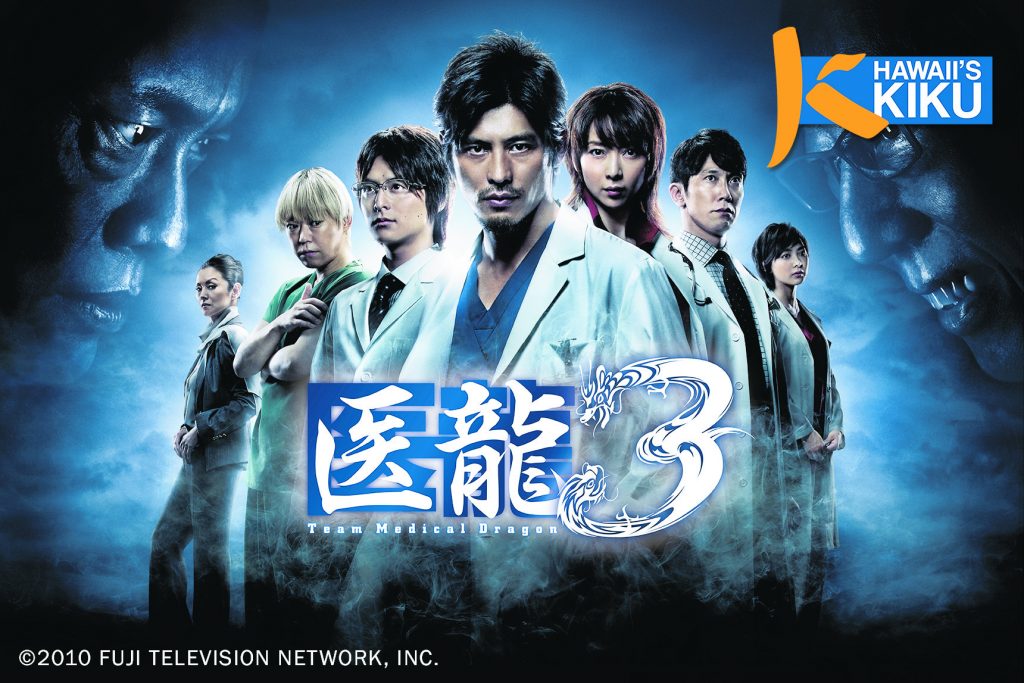 Wataru Kaburagi goes back to the Tokyo Metropolitan Police Department after training at the police academy; he is assigned to the public relations.

Meanwhile, Hatsue Kurusu goes to the #1 investigation division and claims to have killed Futoshi Miyata. Three days prior, Futoshi’s dead body was found at an irrigation channel and the police concluded that he died by accidental drowning. Detective Ukyo Sugishita takes an interest in the case and investigates to uncover the real truth.

Set in the town of Furano in Hokkaido, “Kita no Kuni Kara” centers around the story of the Kuroita family. Narrated by the son, Jun, the tale follows the lives of two children torn between their parents and their parents’ divorce. Jun, and his sister, Hotaru, grow and mature in the harsh climates of Hokkaido, and learn the ways of life through their interaction with the folk of Furano.

It is the year 960 and myths and beliefs in the super-natural play a large part in the lives of those living in the Heian capital. An exorcist is called to the home of Taira no Sadamori to examine a hideous sore on his face, and concludes someone has taken over Sadamori. The exorcist hears of other peculiar incidents, and all are tied to Taira no Masakodo, who was believed to have died 20 years earlier.

Just out of their 50s, three women find themselves standing at the crossroads of life: financially stable and able now to focus on nothing more important than where to meet for lunch, how to renovate the kitchen or where to vacation next. But new adventures and dreams unfold for these 60-year-olds.

“Since I Found You,” Monday through Friday at 4 p.m.

The successful 40-year-old of a construction company, Nathan Capistrano, had grown up poor. Now wealthy, Nathan finds life at the top lonely and frustrating. He one day meets the spunky Dani, whom he views as a kindred spirit. Is it too good to be true?

Based on a series of novels, this Tokugawa-era procedural focuses on Heizo Hasegawa, the illegitimate son of the head of Edo special police. A former delinquent, Heizo mirrors his father’s commitment to fighting crime and leads a band of samurai police and reformed criminal informants to solve difficult crimes. His actions cause a villian to nickname him Onihei, meaning Heizo, the demon.

After the corruption scandal of Hiruma Shigekatsu, Totei Medical University Hospital enters a new era with its first female hospital director. Talented freelance surgeon Michiko Daimon touts “Patients first” and initiates sweeping reforms to clean up the medical department. Behind the scenes, however, Shigekatsu acts to restore the unchecked, hierarchical “black tower” to recapture his profits. When he acts suspiciously, Daimon fights the organization head-on.

Team Medical Dragon is once again reassembled to revive a faltering Meishin University Hospital. Several years after Ryutaro Asada left the hopital, patients have decreased due to the scandal of Takeo Noguchi, a constant stream of lawsuits and lower-quality surgeons.

Sequel to “Soko ga Shiritai” takes you on a Japanese journey, highlighting foods and places that define the country.

The best murder, mystery and intrigue on Wednesday eve!

Widower Dr. Manuel Figueras falls in love with and weds Lena Dimaculangan. But on their honeymoon, a hired killer pursues Manuel who escapes death by entering a magic portal that turns him into his younger self. Manuel must choose between winning back Lena, who has remarried his protégé  — or starting another new life.

Kristine befriends a homeless girl but learns that the girl had been sexually abused by Kristine’s father. Eventually, the truth comes out. Will their friendship withstand this difficult history?

Detective Ukyo Sugishita shows great insight and cunning; with his rough but strong-minded partner, Toru Kai, who has excellent powers of observation, he solves mysterious crimes.

Founded by Maui’s Ken Martinez Burgmaier, this series featured jazz and regional musical performances around the world since 1992.