When Yusuke was in elementary school, his father, Detective Oyagi, was accused of extracting forced confessions before suddenly dying. So Yusuke’s younger brother Masato got adopted, and the brothers were separated. Today, Yusuke is a rookie detective investigating a case where a husband is suspected of murdering his wife. He must face Masato, now a prosecutor.

Nosy but compassionate “Aunty” Sakura works as staff at the “The Second Hummingbird House,” a temporary refuge for children. One day, new lawyer Yukino comes to work at the shelter. Her enthusiastic attachment to its children sometimes causes intense friction. But Sakura sees her old self in the lawyer and protectively bonds with her.

Oddball Kuwata, a newly appointed judge, arrives at Maezaki Family Court in a suburban city outside of Tokyo. Known for snubbing career advancement, Kuwata shows up on his first day carrying a huge plant on his back. Hinako, a legal apprentice, and the court’s probation officers are astounded when Kuwata plants the tree in the small garden within the court’s compound while everyone watches in a daze.

Mondo, a lobby clerk at Seventh Meiwa Bank, solves crimes and mysteries in the city, one after another! Going after a scammer at a local hospital, he is willing to do anything to save the hospital and its patients.

Tokyo Central Securities, an affiliate of Tokyo Central Bank (where Naoki Hanzawa works), plans a large-scale renewal of its security trading system. Kei Kohsaka, a new programmer at Spiral, a promising IT firm, is an average worker, until one day, he surprises everyone by solving a sudden emergency. The managing director nominates Kohsaka as project leader for an important enterprise that could lead to a tremendous profit for the firm. But behind the scenes, a plot brews, unknown to anyone.

Having lost her bearings in life, Kiki Inoue works at a part-time job for a convenience store. But due to an incredible passion for her store’s sweets, she encounters the president of this retail chain with whom she forms a partnership to develop the next big convenience-store dessert! The president, however, is only concerned with winning, viewing her as an exploitable pawn. Against this cutthroat corporate backdrop, Kiki serves as a symbol for many who despair at life’s failures, asking themselves, “What is most important in life?”

In this documentary (reviewed in the Herald’s Oct. 22, 2019, issue), the people of Futaba town, Fukushima, fight to save a generations-old tradition in the wake of 2011’s earthquake, tsunami, and nuclear disaster. The townspeople realize their beloved “bon uta” might cease to exist unless they take action. They hear the story of Fukushima Ondo, another “bon uta” preserved by Japanese Americans whose ancestors had emigrated from Fukushima to Hawaiʻi over 100 years ago — and travel to Maui to see how that tradition was passed down to the current generation.

Premiere titles air on Friday. “Special Programs” premiere on the first Saturday. Movies are shown at various times. Check your digital on–screen guide for movie schedules, using either the GUIDE or INFO buttons (up to one week ahead). Or call NGN, Mon. – Fri. from 9 a.m. to 6 p.m. at 538–1966 for inquiries or to request an e–mail of NGN 3 programming information. All movies are in the Japanese language with full English subtitles.

Kana from Tokyo and Hiroki from Fukuoka meet for just one summer’s night — but the shared memories they make shine brighter as time goes by. Though they know the distance makes real love impossible, Kana waits for two years, believing miracles can happen.

While his family is away on a trip, Tora-san watches their Shibamata shop. He regularly visits the studio of an unmarried painter, the younger sister of an old friend, and starts to fall in love. 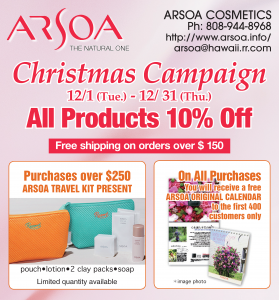 Tökyö high-schooler Shiori is introverted, but her mother, Satomi, is ambitious and education-obsessed. A researcher of artificial intelligence who spends little time with her daughter, Satomi forces her to study, until Shiori gets fed up and stops attending school. Visiting her beloved grandma who taught her to play taiko drums, Shiori agrees to stay on the mystical island of Yakushima in the southern Sea of Japan. There, she meets a robot and learns to communicate with it, finding a way to live again.

In 1947, Ueda robs a drug dealer and his woman for morphine, then kills them. He is incarcerated in Hiroshima but escapes. From then on, he keeps getting caught and imprisoned over and over. Based on a true story of a jailbird who was sentenced for 41 years and escaped seven times.

Young temple servant Kikunosuke turns to his mother Ofuji for shelter when wrongly accused of murder. But she turns him in to the police for a reward. Devastated, he escapes to Edo to start over, renaming himself “Benten Kozo” and joining a gang led by Nihon Daemon – later known as Shiranami Goninotoko.

While spending time with a friend, Oryu the Red Peony learns of the notorious Kasamatsu gang which enslaves poor girls to labor in a silk factory. Outraged, she confronts the gang and helps the female workers.

Popular Yoshiko, the daughter of a fish market owner, learns she was adopted. She sets out to help her biological father, protecting him from those who wish to take over his successful business.

Framed by his enemies, Manbe is imprisoned for a murder he didn’t commit. His daughter Yuki takes it upon herself to clear his name.

When Matsudaira Yoritsune hears his son is going mad, Lord Mito rushes to Takamatsu to help him. With the kindness of strangers, Lord Mito and his loyal companions Suke and Kaku confound the acts of wrongdoers.

A tragic love story between wealthy Chubei and prostitute Umekawa.

A hotshot investigator solves a series of gruesome murders.

Employee of interior design company Tsugumi Kawana is reunited with Itsuki Ayukawa, her high-school first love. Though she falls for him again, Itsuki had been in an accident and now uses a wheelchair, so he avoids romance, believing himself unable to give anyone love. Will they be able to overcome all these hurdles and become happy together?

The Satomi Clan’s fate lies in the hands of prophesied eight warriors, each born with a crystal orb. Monk Daisuke journeys to find these warriors and reunite the orbs so they may fulfill their destiny.

A forbidden love affair arises when an old flame meets Daisuke, who has struggled to find happiness amid familial pressure to wed and find a stable job. Based on “And Then” by novelist Natsume Söseki.

Lumber dealer’s son Shintaro is entrapped by evil boss Kumagoro who plots to take over his family business.

Two thrill-seeking young lords sneak out of their castles disguised as townsmen.

When young swordsman Tsukigata Hanpeita is appointed to oversee the Choshu Clan, he tries to work towards the peace about which he has long dreamed. But betrayal by those closest to him leaves Hanpeita caught in a trap that could ultimately kill him.

Fumie lives with her two growing sons, her husband Konosuke and his parents. One day, when she falls asleep in between her exhausting chores, a thief breaks in and steals a sum of money! Konosuke berates her for losing his nest egg, his insensitive response setting off her pent-up anger. She walks out on the family, leaving them to do everything for themselves!

A master swordsman must retrieve a stolen heirloom and present it to the Shogun.

Jirocho and his henchmen befriend Ishimatsu the wanderer in Mishima.