On Saturday, Nov. 14, 2020, from 4 to 5 p.m. PST (or 2 to 3 p.m. HST), Go For Broke National Education Center will present a live-stream broadcast of its 19th Annual Evening of Aloha Virtual Gala. The gala can be viewed on goforbroke.org  or on Facebook or YouTube where viewers can chat or interact with GFBNEC staff.

“For this year’s Evening of Aloha, we have engaged with a broad geographic audience of veterans, family members and friends – from Hawai‘i in particular – to share the Nisei veterans’ stories of courage, patriotism and sacrifice,” said Mitch Maki, GFBNEC president and CEO.

Hosted live by Maki and David Ono, ABC7 Eyewitness News Anchor and member of GFBNEC Board of Directors, the gala will retain all the celebratory hallmarks that had earlier made the face-to-face event a true community affair. To keep with this spirit of community, with the sharing of stories and family memories, this year’s gala will incorporate the unique traditions of EOA that honor nisei veterans of World War II, while showcasing GFBNEC’s current and upcoming online educational programming and initiatives. 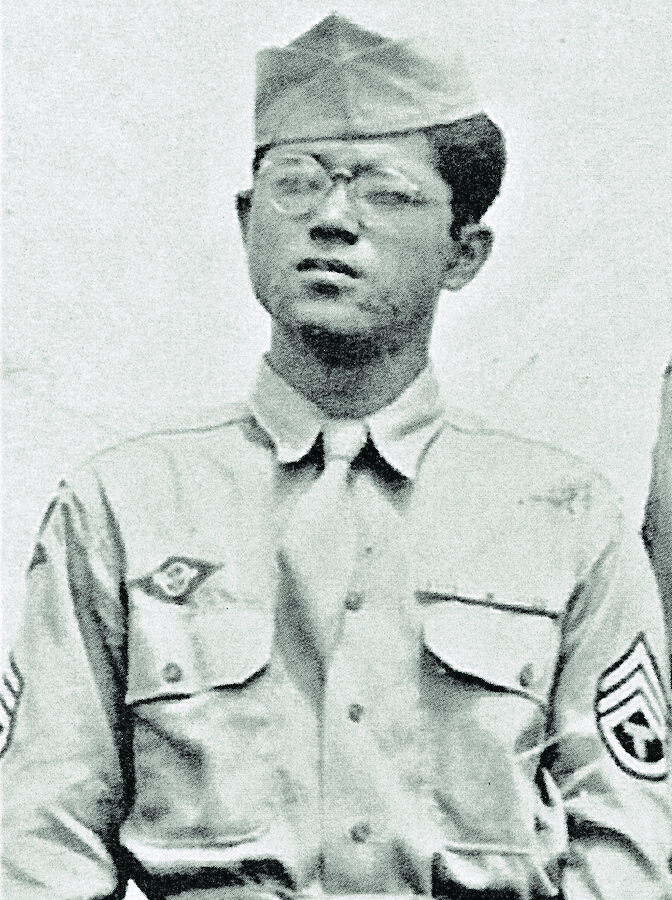 For example, the first virtual “Living Nisei WWII Photo Tribute,” new to the EOA this year, replicates one of the event’s most treasured moments: the public recognition of the veterans onstage. GFBNEC has expanded this opportunity by calling for the assistance of all Nisei veteran organizations nationwide, allowing families and organizations to submit an in-service military photo and a current photo of each veteran. To date, the photos of close to 90 living veterans from ten different states will be featured during the program.

“I am so excited to have been able to help Go For Broke National Education Center with this very special veteran recognition,” stated one of the volunteers, President Ann Kabasawa of the 100th Infantry Battalion Veterans Education Center. “While I will miss not being able to attend Evening of Aloha in person this year, the Gala will be another memorable celebration of our Nisei World War II veterans. It is important for all to watch and learn about their legacy.”

Maki feels that the GFBNEC is “excited about the opportunity to once again extend our online presence.” He explains, “This past June, we had over 10,000 Monument Anniversary Tribute viewers and, subsequently, thousands of viewers have watched our recent virtual public programming. This gala will illustrate further that the nisei veterans experience is a compelling American story with relevance and significance to today.”

GFBNEC is a 501(c)(3) nonprofit organization that educates the public on the valor of Japanese American veterans of World War II and their contributions to democracy. Our goal is to inspire new generations to embody the nisei veterans’ core values of courage, sacrifice, equality, humility and patriotism. Founded in 1989, GFBNEC maintains the Go For Broke Monument and the interactive “GFBNEC’s Defining Courage Exhibition” in downtown Los Angeles, as well as extensive oral histories and archives, education and training programs, and other initiatives. For more information, visit goforbroke.org.