Editor’s note: “Yonsei” (Zenbu Records, 2018) is the title of a soul-hop album coproduced by Nikkei musicians Nick Kurosawa and Ohtoro. Kurosawa’s soul-colored vocals and Ohtoro’s enka-inspired beats create a blended flow of sultry sounds. When this audio dimension blends with the pair’s critical lyrics, the songs illustrate a unique and modern perspective of the Japanese American experience for a new generation. 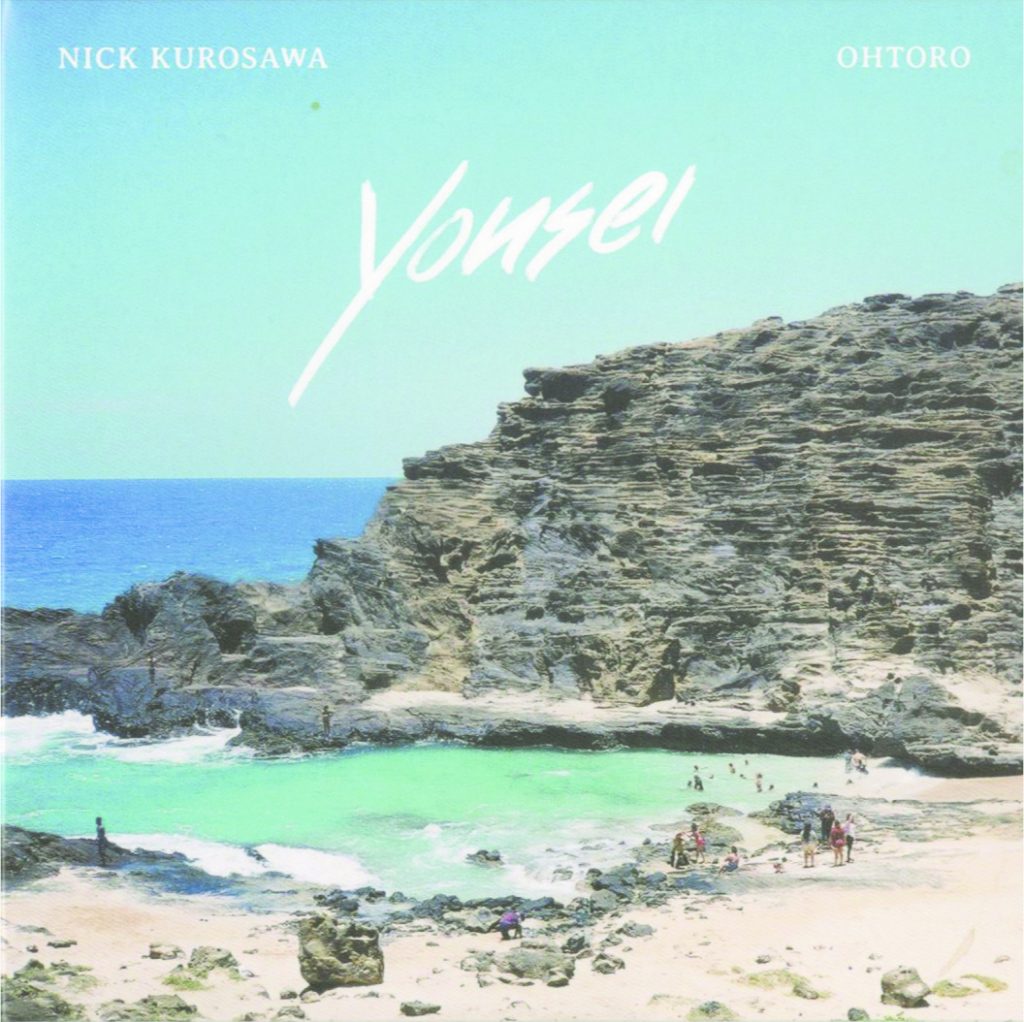 Twenty-eight-year-old yonsei, Nick Kurosawa of Mänoa, has been singing since he was 6 years old. Blasting an NSYNC CD his dad bought him, he would sing along to all the songs. And in 2018, he took a trip to Japan with Aly Ishikuni-Sasaki, owner of Mori by Art+Flea (a shop in the South Shore Market of Ward Villages, Honolulu, featuring local designers and artists), to be a part of Tökyö’s Hawaii Music & Life Festival. At that time, Kurosawa was signed with a Hawaii-based record label called Aloha Got Soul that helped to release his first EP entitled “Home.” While there, Kurosawa encountered Los Angeles-born musician Ohtoro, also in Tokyo for the HML festival. Ohtoro, 41, teaches for a music education program called Soundshop with the Honolulu Museum of Art when he is not exploring and nurturing his yonsei identity through music.

When the two met for the first time in Japan, they immediately knew they had to work together. The result? “Yonsei,” an homage to issei, nisei and sansei ancestors and “a materialization … of all those affirmed by ancestral foundations and knowledge.”

The ship it spun, we lost crew.

high seas of course led to higher tensions aboard.

Mutinies and mistakes turn to death and heartache,

but a mountain range in sight for miles,

a dock a crew a fair skin child.

Cast ashore name on a card.

on backs of orphans sons

imported by the tons forget that millions

English speakers or the Portuguese,

mixing minds and bringing to their knees.

In the name of crops at tons,

long roads ahead many left undone.

But a life to be lived is a life worth lived,

even if you have been split from anyone you’ve ever loved.

Well, I was born from a farmer and was raised by a samurai.

Planted in the soil and was trained in the moonlight.

This digging and living from the dirt and the earth,

is a feeling I’m willing to take it back to the birth.

To find what’s been missing,

this energy is dwindling, my eyes are like vermillion.

I’m wishing for some cardamom to keep away from sleep.

I need to stay awake.

I need to stay far from all this fake.

The sun hits my head, it taught me how to grow.

It showed me all the lessons that I need for when I’m old.

The blade will cut my arm but will grow another stem.

What else do I need to sacrifice for a win?

My roots are the wind.

My seeds are the skin.

I try so hard but my hands are getting thin.

I hear the rain hollering.

I feel the pain following.

This place is getting hotter and I feel my self swallowing.

It’s getting too close, the crops can’t stand it.

Taking everything and leaving nothing on this planet,

wishing for a better day,

I rise with the morning haze,

to leave a foundation for the seeds to have a brighter day.

Feel the day settle in,

Smell the dirt baking into my skin,

and there’s no time to breathe,

for the fear of termination.

Living the life meant to go down.

Handing out vibrations that are positive,

putting up four walls and oh a front door for you.

Two arms replaced by one,

Watching sugar reach for the sun.

Traded for a box of metallic parts.

Artist’s note: “Plantated” is a portmanteau of the words “plantation” and “planted” — a play on words to emphasize Kurosawa’s ancestral roots that come from his great-grandparents, issei Japanese who emigrated from Hiroshima to Hawai’i.

To believe in past

longer lingered in the family tree

a rudderless soul in a deep black hole

stirring round to no avail

but the darkness starts to help

all the missus and misters

that dared to linger on for a while more

stuck to the floors

they built them for more

than just housing their souls

but now no one will know

all the time they put in for

that man up on that hill.

To purchase digital versions of “Yonsei” and other music by Nick Kurosawa and Ohtoro, visit Zenbu Records’ website at zenburecords.bandcamp.com. Their work is also available on iTunes and Spotify.