Setting a generous example in the economically stressful age of COVID-19, restaurant entrepreneur Chris Kajioka has launched his own philanthropic fund to help Hawai‘i nonprofit organizations. A percentage of the profits earned from the innovative chef’s many co-owned local eateries will be channeled to the “legaC” fund of Hawai‘i Community Foundation, according to Kajioka in a press statement.

“With the support of my family, I have committed to donate 10% of my personal profits from each of my business ventures to this fund,” stated the partner/co-owner of Senia in downtown Honolulu and Miro in Kaimukï.

By making this public commitment, Kajioka sets a notable standard of community support for other restauranteurs. Since the 2010s, this local boy has been one of the most prominent, praised and followed chefs in town. The Culinary Institute of America graduate had returned to Hawai‘i in 2012, after training at some of the most cutting-edge fine-dining restaurants on the U.S. continent.

Starting with his creation of the prestigious Vintage Cave Club beneath former Shirokiya retail store in Ala Moana Shopping Center, then continuing with his invention of the world-class, lavish Senia (home of the avant-garde, $17 charred cabbage), Kajioka then received multiple James Beard Foundation nominations for his culinary contributions to the islands.

In recent years, however, Kajioka has spoken in interviews with Honolulu restaurant reviewers about the importance of making food that everyday Hawai‘i residents can enjoy, reflecting a shift to prioritizing local values and non-elite diners.

Right away, Kajioka explains, any legaC fund money will go to three organizations: the Hawaii Children’s Cancer Foundation, which offers free services to children with cancer; Ho‘öla Nä Pua, which works to stop child sex trafficking and to support exploited children; and Lanakila Meals on Wheels, an island-wide meal service for homebound küpuna. However, the Per Se alumni hopes to add other nonprofits to the HCF fund’s list of beneficiaries, especially should his restaurant profits grow.

The lauded culinary creator of several experimental dining ventures, Kajioka is one to take chances. He seems to hope that this new (if risky) form of economic commitment might lead the local restaurant industry to tie its fortunes to struggling community organizations, funneling its money directly back into local people and neighborhoods on a regular basis.

“This past year has been incredibly tough for our state,” he reflects. “(B)ut for me it has also served as a time of reflection and personal growth. My professional priorities and goals are now focused on finding new ways to give back to the community that has supported me for so long.

“This is my home, where I was born and raised and where I choose to make an impact. My team and I are committed to making a significant and lasting impact, and to being there for those in Hawai‘i who need help the most.”

This brave promise — in an industry where profit margins are notoriously slim and restaurant managers have recently struggled to employ and pay staff regularly — was inspired by Kajioka’s fellow trendsetter in the restaurant business, chef Mark Noguchi. Noguchi, the experimental force behind twenty-first-century local food joints He‘eia Kea Pier General Store & Deli, Taste Table and MISSION Social Hall and Café, has credited his own vision as a restauranteur to learning hula from cultural practitioners and being influenced by the sharing, sustainable values of Native Hawaiian culture.

Kajioka shares that “Mark often challenges me to have a bigger voice, to use the platform I have for the greater good. I have always admired his aloha for the community. Now it’s my time to put the community first.” The two friends are partnering in their next-wave saimin shop, Papa Kurt’s, located in the original Agu Ramen location behind the St. Louis Alumni Association on Isenberg. Together with the new Bar Mäze near SALT Kakaʻako and the revamped Miro – two other Kajioka partnerships with different restaurant-industry colleagues – Papa Kurt’s promises to exemplify Kajioka’s passionate rethinking of the local community eatery.

For Miro, once a staid, moderately upscale and Japanese-tourist-oriented French restaurant, Kajioka’s June reboot boldly re-imagined bento take-out for local diners caught in the COVID-19 pandemic. Similarly, the highly anticipated Papa Kurt’s and Bar Mäze will open in the coronavirus economy and strongly appeal to Hawai‘i residents while holding to cosmopolitan culinary standards. Kajioka obviously makes his own opportunities, but he brings along as many locals for the ride as he can.

“I am extremely fortunate to have been offered amazing opportunities throughout my career. Never once have I taken that for granted,” he summarizes. “I wholeheartedly believe that with great opportunity comes great responsibility, and a duty to give back to our community. I am hoping that this will inspire others to do the same.”

Cultural Fusion promises to be a full night of relaxing cultural music and beautiful dance, alongside delicious Okinawan and Hawaiian fusion cuisine, cocktails and beverages. Viewers can arrange to savor traditional Okinawan food and contemporary fusion or classical Uchinanchu drinks while they enjoy this streamed event.

Prior to Cultural Fusion’s start time of 7 p.m., HST, audiences can reserve and pre-purchase dinners, to be picked up earlier that day from Pagoda Floating Restaurant and Catering (which recently offered pre-sale food for the Tsukimi No Kai virtual moon-viewing festivities of the United Japanese Society of Hawaii).

Other special pre-sale food items available to viewers that day include Pig’s Feet Soup from talented Native Hawaiian fusion Chef Ed Kenney of Mud Hen Water, Kaimuki Superette, Town and Mahina and Sun’s. Delicious pre-sale Okinawan or Japanese alcohol — including sake, awamori, shochu and mana-su — can be purchased from Lotus Spirits. These items should be ordered and bought ahead of time and picked up on that day before the event starts, too.

Guests can plan to buy early holiday gifts through Senju Kai’s online store selling new and gently used kimono kitsuke items and home goods. The Kachaashii Contest, a popular competition for family members of all ages, will invite everyone to prerecord and send in to Senju Kai the kachaashii (festive Okinawan freestyle dance) talents of their children and adults. Entrants will film themselves standing up, waving their hands in the air and livening up the party with their creative dance energy. Select videos will be shown that night, as you perform your personal or household version of this popular Okinawan freestyle dance. Will you be our 2020 Kachaashii Royalty?

Funds raised assist Senju Kai students in participating in the konkuru program in Okinawa, which certifies classical dance students at various levels of this traditional art. With community support, Senju Kai has been able to send students to Okinawa each year for konkuru training, so that they may become teachers who pass this craft on to the next generation. Students travel there to receive rigorous, formal dance instruction for three weeks, undergoing stringent tests to obtain certificates of achievement. This process ensures that the craft of udui remains authentic, held to the highest standards put in place by Uchinanchu predecessors.

Through this program, Senju Kai students in the past have had the funding to travel to Okinawa, receive certification testing and even obtain the highest certification level of Saiko Sho. With the community’s encouragement and generosity, future dance students will be able to cultivate their character and preserve community arts traditions through dance. Nifee Deebiru for your support!

Following a highly successful, first Virtual Okinawan Festival on Sept. 4-6, in which 64,245 people globally streamed in to enjoy Uchinanchu entertainment and cultural education online, the Hawaii United Okinawa Association is going full speed to offer community support and Okinawan activities in the midst of the coronavirus era. 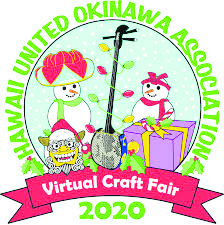 “In the spirit of Yuimaru (communities supporting one another, especially in times of need), we are asking the community to help support these local Okinawan owned restaurants, who are desperately struggling to survive during this pandemic,” urged the Uchinanchu cultural historian from Kap‘iolani Community College.

With the sudden closing of the beloved Like Like Drive Inn on Apr. 30 after 70 years, there is concern that this once-vibrant restaurant tradition might end with the death of many small businesses in the COVID-19 economy. This tradition of Hawai‘i Okinawan businesses offered, in local diners with Americanized names, U.S. dishes from the interwar and postwar eras, alongside plantation-evolved Japanese bentö and Okinawan food and their modern, (ethnically) mixed-plate version. Edgy culinary enterprises by restauranteurs from Okinawa itself, as well as by local Uchinanchu chefs trained in Hawai‘i Regional Cuisine fusion cooking, have struggled in the millennium, as evidenced by the demise of the once-promising Agu Ramen chain and bistro-ish Bread + Butter eatery in the past year.

(1) Order their favorite Uchinanchu dishes — such as pigs’ feet soup and nakami soup, Okinawan yakisoba and soba, and goya (bittermelon) or nabera (squash) chanpuru — from traditional eateries like Hide-Chan Restaurant in Möi‘ili‘ili; Sunrise Restaurant in Kapahulu; and Utage Restaurant in Kapälama (for more common Okinawan dishes, and restaurants that offer them on their regular menus, see hawaiiokinawans.com/okinawan-dishes);

(2) Visit the wider range of Okinawan-owned or –connected restaurants recommended by the FEASTival (hawaiiokinawans.com/restaurant-list); and

(3) Try new Uchinanchu and Okinawan-made dishes, including these and other specials created specifically for the duration of the FEASTival (hawaiiokinawans.com/specials) —

“Andadog” (Portuguese-sausage andagi on a stick) from Hank’s Haute Dogs in Kaka‘ako, sold online (https://www.hankshaute dogs.com) as well as in-store.

Tamashiro has researched the socio-economic history of Okinawan-owned restaurants in the islands, which she says started with the opening of American Café in 1923 by Uchinanchu immigrants. Hawai‘i’s Okinawan-created and -managed food institutions enjoyed their heyday from the 1930s through the 1970s, with go-tos such as Smile Café, Aloha Grill, Yuki’s, Times Grill, Columbia Inn, Wisteria Restaurant and Flamingo Restaurants.

For more on Tamashiro and the Hawai‘i Okinawa restaurant research project, see her featured in HUOA’s Oct. 27 episode of Yuntaku Live! on youtube.com/embed/My829UY7TM0 or in hawaiipublicradio.org/post/okinawan-roots-honolulu-s-restaurant-scene#stream/0.

Second, as a virtual replacement for its popular Winter Craft Fair and “Evening in Waipio” Craft Fair, HUOA will host a Virtual Craft Fair to run through the combined Thanksgiving, Christmas and New Year holiday season, from Sunday, Nov. 15, through Friday, Jan. 15 (2021).

HUOA’s first online craft fair will consist of a directory of crafters on the huoa.org website, which the organization will curate as a marketing tool to inform site visitors of crafters’ products. HUOA says it will promote direct sales between those makers and potential customers, by announcing this directory to its thousands of members and to the Okinawan community through HUOA’s diverse media channels. The channels include  the organization’s bimonthly “Uchinanchu” newsletter, its monthly e-bulletin The Purple Blast and its hip new YouTube channel Yuntaku Live! and Facebook and Instagram social media, KZOO radio and other platforms.

It seems that everyone in the Okinawan community starts yuletide and end-of-year shopping during these two usually well-attended, face-to-face fairs — which normally take place on Saturday and Sunday of the long Thanksgiving weekend and on Wednesday after that weekend. However, in transitioning to a fully online format, HUOA is following the lead of Pop-Up Mäkeke, managed by the Council for Native Hawaiian Advancement, which broke new retail ground in the early weeks of the pandemic by successfully moving Hawaiian small-business and other local companies’ products online (popupmakeke.com/); the Made in Hawaii Festival which transitioned to a virtual format, with over 200 vendors in late August (and which has since opted for a year-round schedule; see madeinhawaiifestival.com); and of the State Dept. of Business, Economic Development and Tourism’s “Buy Hawai‘i, Give Aloha” online market for producers of Hawai‘i-made goods and services (invest.hawaii.gov/buy-hawaii/).

For more information, call the HUOA office at (808) 676-5400 or email craftfair@huoa.org. We can all support Okinawan businesses by visiting the directory and buying great holiday products!