Late-Night Entertainment for Hawai‘i on Aug. 25

Rimi Natsukawa, whose recording of “Nada Sousou” became the signature tune for the touching Japanese romantic drama of the same name in 2006, will livestream a musical performance from Okinawa on Aug. 26, at 6:10 p.m., Japan Standard Time.

In Hawai‘i, you can tune in at 11:10 p.m. on Tuesday, Aug. 25, to hear her live concert. Ticket prices are 2,500 yen (about U.S. $20-25) and available for purchase online at l-tike.zaiko.io/e/bhpnatsukawa. But if 11 p.m. on a weeknight is past your bedtime, don’t worry; additional tickets will be made available, so you can later access the recorded version of the concert at your convenience.

Natsukawa’s concert entitled “Breezing Hall Project Vol. 2” will livestream from the Valley of Gangala, located in the southern part of the main island of Okinawa. The soothing vocals of Natsukawa will echo through a limestone cave, a spiritual power spot formed centuries ago.

If not for restrictions that resulted from the coronavirus pandemic, the Hawaii United Okinawa Association’s 2020 Okinawan Festival would have been Natsukawa’s third time performing in Hawai‘i. She says she had been looking forward to celebrating the 120th anniversary of Okinawan immigration to the islands with a live concert at the festival. But due to the festival’s newly planned virtual rendition, we instead have the opportunity to enjoy Natsukawa’s breathtaking vocals enhanced by the natural sonic beauty of that Okinawan geological formation from the comfort of our homes.

Natsukawa’s first concert in the islands was in 2016, at the Hawai‘i Convention Center, in a performance titled “Ryükyü no Kaze,” when she shared the stage with fellow Uchinanchu artists Sadao China, the Nenes and MONGOL800. In an Aug. 18, 2017, issue of The Hawai‘i Herald, Natsukawa said in an email interview, “At that time, the feeling of Hawai‘i was so welcoming, I strongly felt that I would like to come back again” (digital subscribers should see thehawaiiherald.com/2017/08/28/lead-story-rimi-natsukawa-to-headline-okinawan-festival/).

She performed again for the 2017 HUOA Okinawan Festival at the Kapi‘olani Park bandstand stage. Organizers of the festival had to clear more space than usual for the flock of fans who came to see Natsukawa. Many of us have wonderful memories of her past performances and will always welcome her return to Hawai‘i.

Natsukawa’s musical genre is Okinawan folk, for which she blends traditional with modern elements, creating her signature vocal style. She is best known in her native Okinawa, mainland Japan, across the Pacific and in Hawai‘i, for her rendition of popular song, “Nada Sousou.” The lyrics speak of looking through an old photo album and remembering a departed loved one. In spite of the flood of tears that flow, we are grateful for the love we once shared, knowing that we will be reunited again one day.

For more information in English about access to the livestream concert and ticket purchases, or to register for updates, visit the website l-tike.zaiko.io/e/bhpnatsukawa. 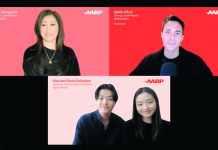 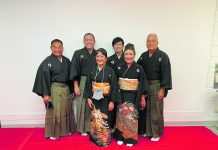