With now four generations establishing, staffing and operating Tamura Supermarket in Wai‘anae, the current leadership of the Tamura family empire, headed by 28-year-old president and corporate treasurer Jill Tamura-McCleary alongside her 85-year-old grandfather, CEO Clifford Tamura, not only co-manage the beloved west-side business, but they have recently earned an Editor’s Choice Award for “Long-Term Success” from Hawai‘i Business Magazine. Tamura-McCleary and her grandfather are honored together with her sansei father (also named Clifford), who prior to her, had helped run the popular store which has been a fixture in O‘ahu’s leeward coast since Makitaro Tamura founded it in the 1920s.

The supermarket’s award for its long-range accomplishments shines among nine annual recognitions of Hawai‘i small-business owners, which the magazine’s Editor’s Choice series profiles as “great local companies … which you should know about” in different categories such as “Best Veteran-Owned Business,” “Best Women-Owned Business,” “Innovation,” “Food & Beverage,” and “Health Care.”

Tamura Supermarket has long supported the Wai‘anae and local communities by selling products from Hawai‘i farmers, local food producers and regional fishermen, as well as locally made products. Living through every major change in the Hawai‘i retail landscape over the past century — from the interwar and Depression eras, to an age of Facebook social-media posts promoting the market’s latest “Hot buy!”s and “Great deals down every aisle” as well as of seniors-only shopping hours during the COVID-19 crisis — the Tamura family has adapted and innovated to survive.

Jill follows in the footsteps of her issei great-great grandfather Makitaro, whose hard-working descendants do not only include the young president, her sisters and aunts and their kids — who all work at the Wai‘anae market on Farrington Highway whenever they can, according to Tamura-McCleary in the magazine article. But this lineage also envelops an extended family which had started a separate line of food-related enterprises in the 1990s. Herbert and Glenn Tamura’s Tamura Enterprises, begun by relatives of the Tamura Supermarket family, created a new set of retail businesses not related to the main company — such as Tamura Market, well-known in central and east O‘ahu for its fine wines and gourmet offerings (see bestretailandfoodpractices.com/2016/08/tamura-s-market/ for more).

Hawai‘i Business Magazine pairs award winners with corporate executives from prominent large or medium-sized Hawai‘i firms who then speak to the strength of the more modest enterprises as they serve as sponsors of these individual awards. Cheryl Tomimatsu, Asst. VP and manager of First Hawaiian Bank in Wai‘anae, praised Tamura Supermarket and its family leadership as a successful business model, as it serves the needs of “all families within the community, through employment, marketing and their charitable foundation,” according to Hawaii Business writer Beverly Creamer (for more of Creamer’s coverage of Tamura-McCleary and the Tamura Supermarket family, see hawaiibusiness.com/small-business-editors-choice-awards-2020/). 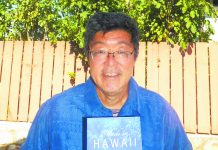 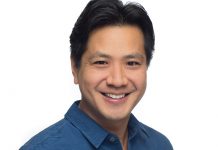