By Kacie Yamamoto
Special to The Hawai‘i Herald

After my graduation from Moanalua High School, I spent the summer interning at the Hawai‘i Herald and counting down the days before I would be on a plane headed to Los Angeles to begin my freshman year at the University of Southern California. I spent my time daydreaming about decorating my dorm room, cheering on the home team of the Trojans at football games and exploring the city with my new friends.
I had no idea that just seven months into my freshman year, everything would change, and that the college experience I had been anticipating would be so drastically different from its corresponding reality.

My first semester was similar to the college life I had imagined that summer. I truly loved USC and all of the opportunities and experiences that came with it: new friends, tailgate p  arties, an abundance of concerts I could attend and surprisingly, even the classes. I felt myself beginning to grow in what easily would become my “home away from home.”

My appreciation for my Japanese heritage even increased as a result of some of the activities I participated in at USC. Before going to college, I was surrounded with aspects of Japanese culture, both within my own household and even throughout the community. However, to my surprise, USC has an extremely small Japanese student population in comparison to students of other East Asian ancestries, which made me feel a bit lost. Never before had I felt the need to cling to my identity as a Japanese American as much as I did at USC. Because of this discomfort, I joined the Nikkei Student Union, a social club on campus for people who were interested in Japanese American culture. Although the club was small, I felt comforted to find a campus community of students with whom I could relate, despite differences in our ages or fields of study. 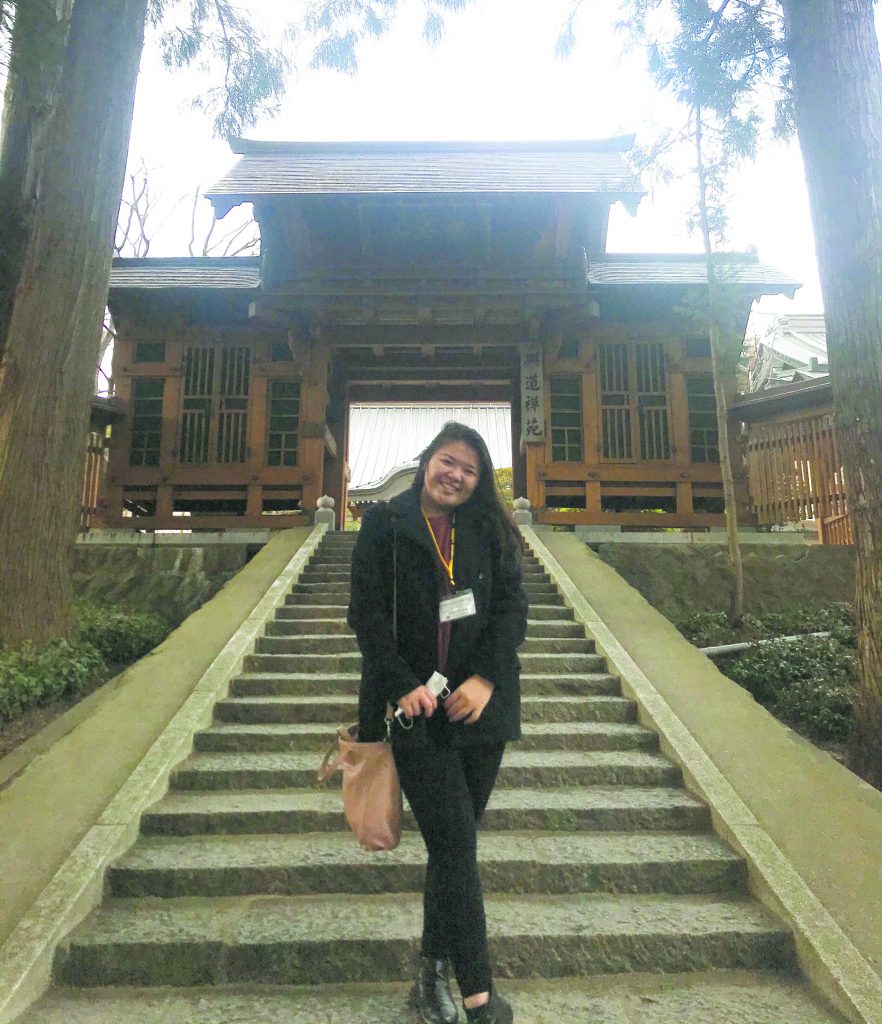 It was through the Nikkei Student Union that I learned about the Kakehashi Project, an opportunity for young adults to travel to Japan through the Japanese American Citizens League that is offered multiple times each year. Participants visit cultural landmarks, practice traditional and cultural activities and meet and network with other young Japanese Americans.

I was privileged to participate in this program this past February and spend a week in Tokyo and Iwate. It was my first study, rather than leisure, trip to Japan, so I dove headfirst into aspects of both traditional and modern Japanese culture. In Tokyo, I spent one evening eating ramen and admiring the architecture of Shibuya. By contrast, in Iwate, I tried my hand at more traditional activities like judo, calligraphy and mochi-pounding.

Through the Kakehashi Project, my appreciation for being Japanese had grown significantly. Spending time in Japan with others who were in similar cultural situations, I discovered that keeping my heritage close to my heart was up to me. I realized how crucial this would be in shaping my college experience, and eventually, my life.

A week after my flight back to Los Angeles from Japan, I was suddenly on another flight, this time from Los Angeles back to Honolulu. The coronavirus had suddenly grown in severity in the United States, and USC had announced its plans to offer classes online for a few weeks after spring break was over. This would later stretch into the rest of the spring semester being offered online, with students unable to return to campus until further notice. With that, my freshman year of college was abruptly cut short, and I said goodbye to much more than I realized.

Initially, I was excited to come home to reunite with my family, to go holoholo with my friends from high school and to eat all of my favorite local foods again. Yet that excitement soon decreased upon my arrival. A few days after I got home, the state went under lockdown, leaving me and many others trapped within our own houses and left to our own devices.

Usually, I spend much of my day staring at my laptop or cell phone. However, being forced to resort to FaceTime calls to socialize and Zoom sessions for classes, the appeal of spending all day watching YouTube quickly faded away. I didn’t realize how much I craved human interaction, as well as human experience, until it was literally ripped from my grasp. 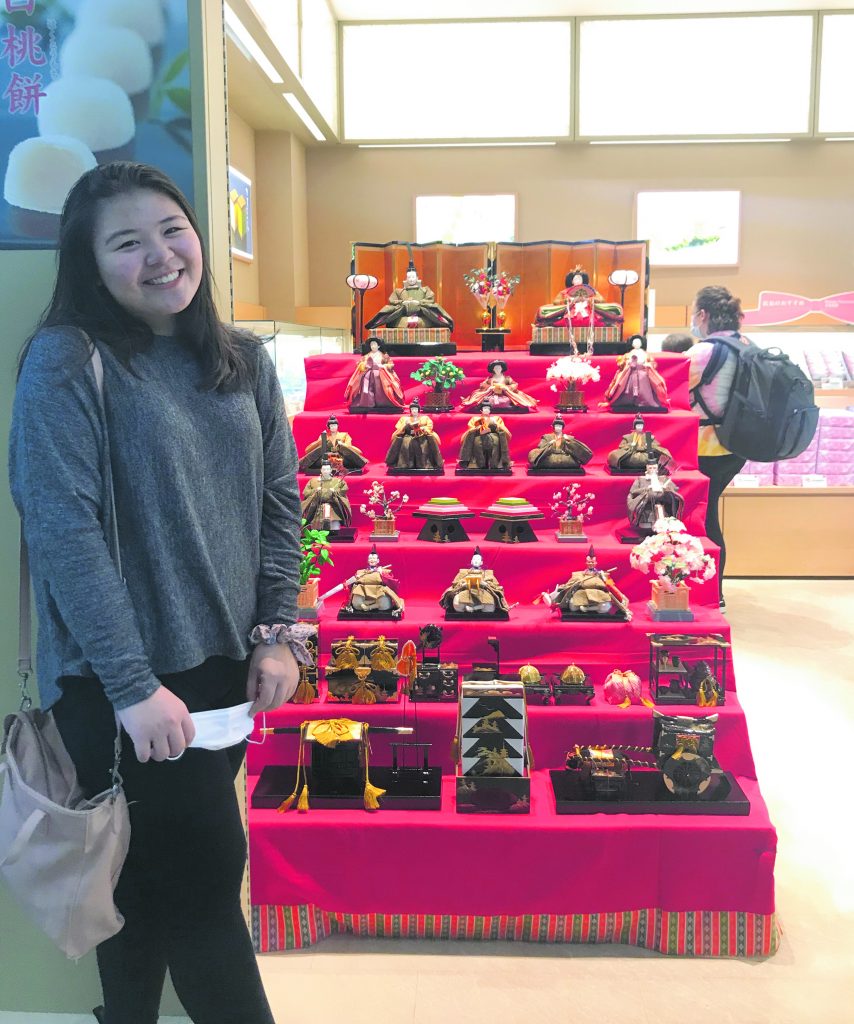 Perhaps what the coronavirus pandemic can teach us is to cherish and revel in the experiences that we are offered while we have them. When I studied with fellow college students in USC’s library just a few months ago, the thought of not being able to return didn’t even cross my mind. As I sit alone in my bedroom writing this article, I would give anything to be sitting in that library with a friend instead. For me, the pandemic shed light on the fragility and temporary nature of everything life has to offer. It begs the question: If not now, when?

I’m so grateful to have taken advantage of so many of the opportunities I was given during this freshman, albeit short, year of college. I’m thankful to have the little moments: the excursions to various landmarks throughout the city, the friends I made at the concerts for which I spent too much money, even the one time I went to eat soondubu (Korean tofu) soup with friends at 2 a.m. It hurts to think that there may be no more of those joyful moments.

USC has announced its plans for the next academic year, with drastic changes to everything, from its calendar to its facilities to events held by student clubs and organizations. Suddenly, the dream college experience that I had hoped for last summer — full of large gatherings and lacking in the requirement of face coverings — no longer seems a feasible reality.

However, I know that I must take advantage of everything I can while I can. As I, along with the rest of the world, adjust to this new reality, we will find the same, if not a greater, happiness in the circumstances we are placed under, if we enjoy everything we can while it’s still available to us. I hope that from now, we take advantage of what we can before it’s too late.