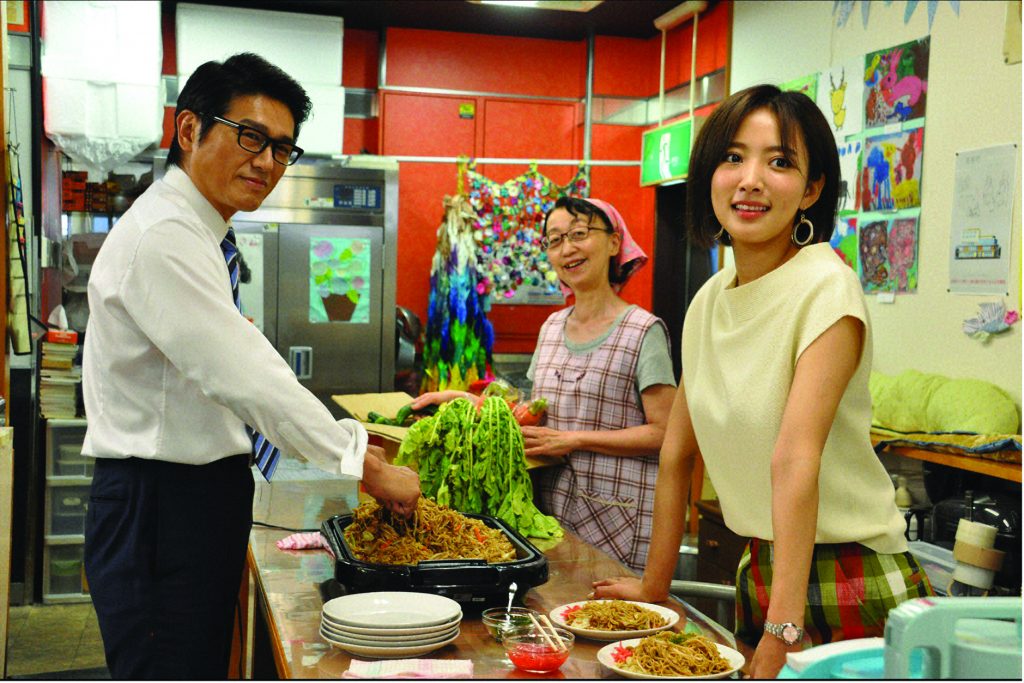 Veteran thief Tomizo teams up with Hanji, a former vassal turned criminal, to steal from the Shogun’s vault.

Wandering vagrant Hantaro risks his life to save a beautiful blind girl and her father from con artists.

Yae and Kiku, daughters of Edo drapers, must travel to Kyoto on business for their sickly fathers. Ambushed by a group of bandits, they are rescued by good Samaritan Santaro. Santaro aids young samurai Sanshiro, who is on an official mission to deliver a message to a Kyoto noble but is pursued by assassins. When they learn of this, the women help Sanshiro in his mission.

Yuki Hase tries to befriend introverted high-school peer Kaori Fujimiya, mustering the courage to talk to her. She warns, “I lose all memory of my friends at the end of each week.” Still eager to befriend her, Yuki approaches Kaori each Monday as her memory resets, begging her, “Please be friends with me!” They build up a friendship by exchanging a diary. But one day….

Eloping with prostitute Otoyo, Hishakaku takes refuge in the Koganes’ turf. Indebted to Boss Kogane for his aid, Hishakaku swears to protect the Koganes in times of crisis. His quiet life changes when the Kogane family engages a rival in a fatal feud, and Hishakaku’s services are needed.

In ancient Japan, a good lord is killed and his throne stolen by the treacherous Yuki Daijo and evil wizard Oroki-maru. But young prince Ikazuki-maru escapes, rescued by a magic bird. Ten years later, Ikazuki-maru, now a wizard himself, embarks on a quest for vengeance..

Champion Mas Oyama, real-life founder of Kyokushin karate, wants to leave competitive martial arts for a quiet life. But involved in the death of an underworld figure, he finds himself on the run from vengeful thugs.

A self-reliant samurai seeks to avenge the murder of his master.

Tsunokichi and Ken face off against a rival yakuza in Kyushu.

Yuki, a young woman who moves to the undeveloped countryside of Hokkaido, carries out her long-alienated father’s will.

A depiction of Japan’s most infamous and violent gang incident.

Geisha Tsuru and Shizu co-manage the operations of Shinonomero as the proprietress and assistant. Moments of weakness with their lovers, however, trap them in a web of betrayal and debt. With the guilt of losing Shinonomero to Udo, a yakuza who loaned them money, young Shizu must redeem Tsuru’s honor and restore Shinonomero as their own.

This film follows the Shinsengumi, a special unit of ronin commissioned by the Tokugawa shogunate to counter anti-shogunate activities in Kyoto.

After a traffic accident, former stray cat Nana is rescued by kind-hearted youth, Satoru, and becomes his happy pet for five years. Later, Satoru has no choice but to give up Nana. Satoru and Nana travel to find a new master for the cat, journeying to visit the people in Satoru’s life who were important to him, such as close friends, his first love, and others.

The feisty Lord Matabe falls into a trap of the evil Sanzaemon, who, in a twist of fate, is a mentor to Matabe’s childhood friend Lord Nagamasa.

Two young lords travel the Tokaido highway pretending to be merchant-class townspeople and meet a ghost on their way.

Kinnosuke of Toyama sets out on a private mission to clear his father’s name for a crime he did not commit.

Detective Umon’s services are called upon when ronin Yaichiro is killed with a peculiar weapon, a stone wrapped in a towel.

Novelist Yumiko investigates a strante apartment, finding that past tenants were victims of an unknown force driving them to suicide or murder after they moved out. After thrilling incidents, she learns the shocking truth.