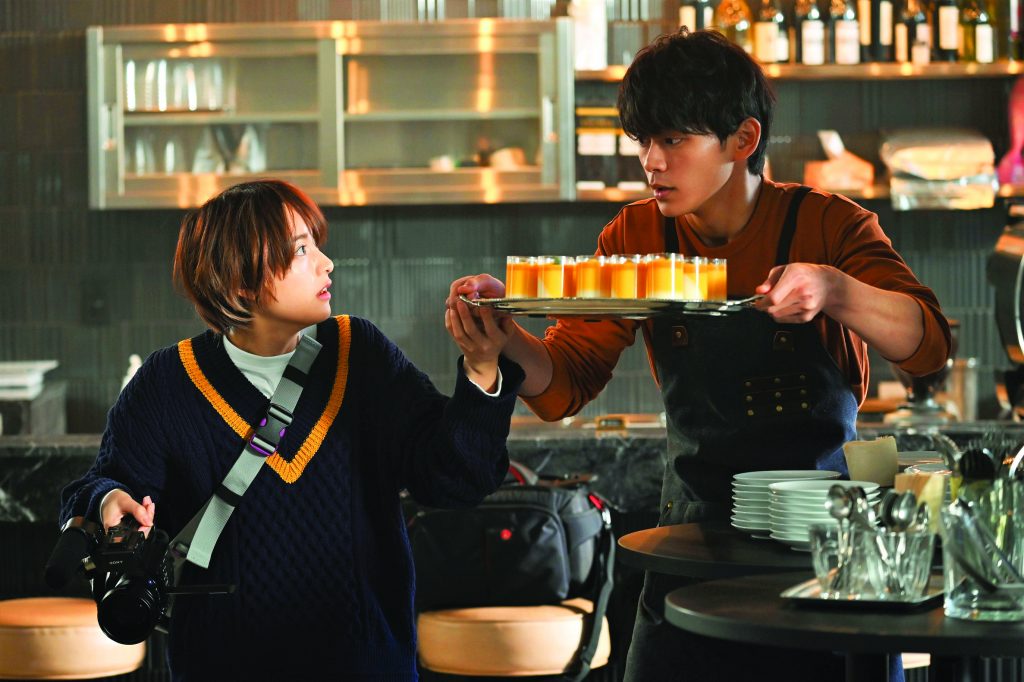 “Takaga Mondo” is back! Mondo, a lobby clerk at Seventh Meiwa Bank, solves major incidents that occur in the city, one after another!

Interior designer Mako is unable to forget her first love, who helped her when she was bullied in elementary school. One day, she receives a letter from someone named Kosuke — the name as the boy she cannot forget. It says, “Do you remember me? Please contact me, because I want to see you after all this time.” Mako is excited to see him for the first time in 22 years, but the “Kosuke” who shows up is far from the man she had imagined.

Kaede, a video director at a small production company, labors obsessively on her projects, so by the time she realizes it, she is almost 30. Then Kaede meets the mysterious Seishiro through work, grabbing his hand by chance and changing her life. As she spends time with Seishiro, she surprisingly feels comfortable in his presence, growing closer to him. One day, Kaede finds out that the time she had taken for granted with Seishiro is limited, when he tells her his secret…

The story centers on two “kings,” Akiba and Etchu. Akiba, once known for eye-opening acquisitions, has since liberated himself from materialistic concerns, pursuing new values such as creativity. Etchu, on the other hand, serves as CEO of a major investment fund, driven by an insatiable lust for women and money. With opposite values and completely different motives, both kings wish to acquire a key station in Tokyo, Chuo TV. A fatefully colossal clash ensues between the two evenly matched tycoons.

Premiere titles air on Friday. “Movie of the Month” premieres on the first Saturday. Movies are shown at various times. Check your digital on–screen guide for movie schedules, using either the GUIDE or INFO buttons (up to one week ahead). Or call NGN, Mon. – Fri. from 9 a.m. to 6 p.m. at 538–1966 for inquiries or to request an e–mail of NGN 3 programming information. All movies are in the Japanese language with full English subtitles.

With his graduation from college drawing near, Okajima, the captain of a Toridesaka University bouldering club, desperately recruits six students to keep his team in existence. These members, all beginners except for one, include a gamer, a dance enthusiast and a former drummer. With strong idiosyncrasies, they make light of the sport, underestimating its difficulty, so they lose matches. But gradually, they start to enjoy the sport, confront themselves and deepen their bond, to become a real team. Then one day, an incident occurs right before an important inter-college team competition…

Famous detective Kindaichi solves mysterious murders in a wealthy family. An excellent blend of privilege, intrigue and betrayal, this film is loaded with twists and turns at every corner.

Entrusted their work by a Roman saint, brave soldiers guard the key to the treasures of Crimson Peacock from malicious pirates.

“Beranme Geisha to Osaka Musume (The Prickly Mouthed Geisha and the Girl of Osaka)” 1962 drama, 1 hour and 27 minutes.