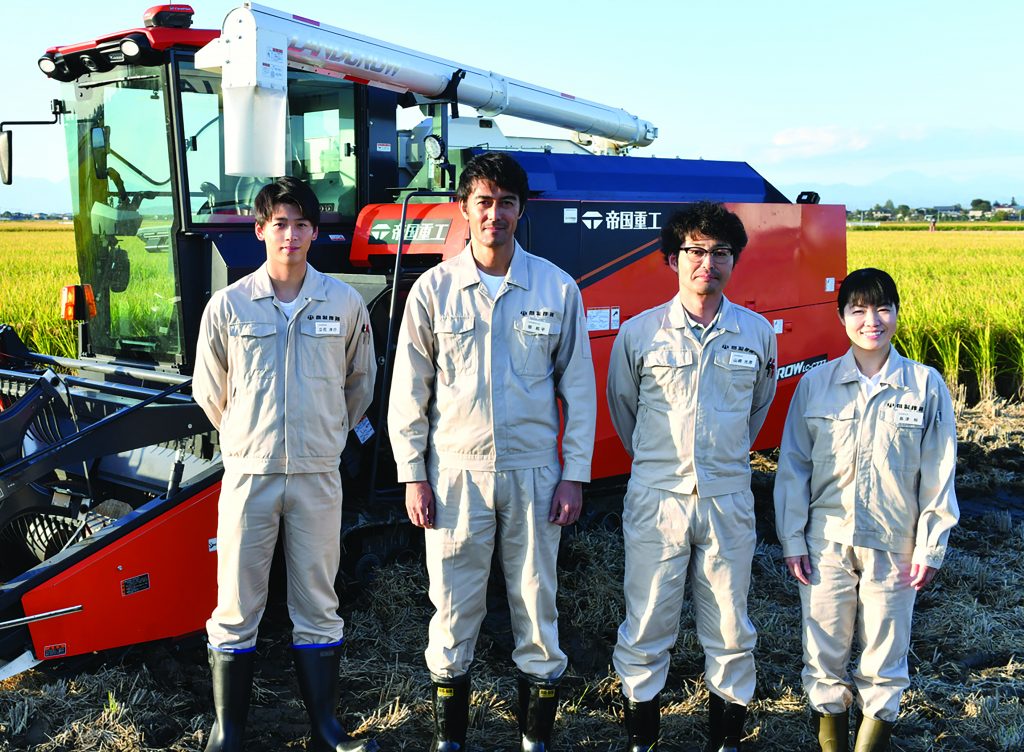 Channel 9 (Spectrum) and 20 (Hawaiian Telcom) (Programs are subject to change, without notice. For updated information, call 847–2021.)

The members of this elite investigative team, unique individuals with their own personal troubles, are united by their strong sense of justice. Each of the investigators channel all their energy and skill to solve the most difficult cases.

KIKU’s popular Abarenbo Shogun series was based on a real-life shogun who wandered incognito amongst his subjects, discovering injustices committed against common people, usually by corrupt people in power. Eventually, the Shogun’s true identity would be revealed as he brought the criminals to justice. This special dramatizes the life of this hero, Shogun Tokugawa Yoshimune.

A tiny elementary school in the mountains of Hamamatsu City in Shizuoka is closing due to the dwindling number of students in the remote location.  The final 18 students decide amongst themselves that each will do something significant before the school closes.  Watch how each student fulfills his or her dream in this touching documentary.

A TV crew spent a month filming a crew of Japanese fishermen as they ventured to the cold and rough North Atlantic in search of Bluefin tuna, otherwise known as black diamonds.

Ryohei Tsukuda is a former researcher at the Japan Aerospace Exploration Agency who now runs a factory that his father left behind. His employee Naohiro has a father who has fallen illl, so every weekend Naohiro goes to his father’s farm to take care of him and the farm. Ryohei sees Naohiro driving a tractor — then is inspired by a new dream!

Kristine befriends a homeless girl named Leah, only to learn that her real name is Joyce, and that she was sexually abused by Kristine’s father. Eventually the truth comes out. Can their friendship withstand reality?

“Oishii Gohan,“ Monday at noon and Sunday at 8 p.m.

Ritsu is the oldest of three children. When his mother is hospitalized due to illness, he must take care of them and begin cooking for them.  Ritsu discovers the wonderful world of cooking…but everything starts to get complicated when he also discovers that he is adopted.

When 25-year-old Mikoto touches another person’s hands, he sees a vision of that person dying. He has only recently realized his visions are real, and hopes for the power to change fate, but fate can be rigid. But when the vision he sees is that of his beloved stepsister, Mikoto becomes determined to find a way to prevent the inevitable.

Season three chronicles the story of Ogami Itto, the Shogun’s executioner. He sets off with his son as assassins for hire until he wreaks vengeance upon his mortal enemy Yagyu Retsudo and the entire Yagyu clan.

The 14th season of this hit detective series about Detective Ukyo Sugishita who demonstrates great insight and cunning skills. His strong-minded, rough partner, Toru Kai, is an excellent observer. Together they solve mysterious crimes.

In this feudal-era Taiga Drama based on the life of Akechi Mitsuhide, a general who lived during the Sengoku period. Honing his strategy under Oda Nobunaga, Mitsuhide became famous for rebelling against that military leader in 1582, leading to Nobunaga’s death at Honno-ji Temple.

In this family drama, Naoko has overcome a variety of handicaps as Kaguraya’s innkeeper. Finding her newly strong voice, Naoko dismays her mother-in-law, Shino, but wants to prove that anyone can be innkeeper if they have the drive and true desire to serve guests hospitably. She hires a cheerful yet dull-witted and sloppy apprentice as a trainee, which causes a commotion at Kaguraya.

Nathan Capistrano is the 40-year-old CEO of a successful construction company. Growing up poor made him face hardships, but Nathan tackled life’s obstacles with a ruthless and uncompromising attitude. Now wealthy, he finds that life at the top is lonely and frustrating. But one day he meets Dani, a spunky, outspoken 20-something, whom Nathan comes to view as a kindred spirit. Is the union perfect? Or too good to be true?

The Fontanilla Family’s simple happy life begins to unravel when the parents help bring an unsolved homicide case to justice. With little time to devote to their children, the parents leave many household duties to their young daughter, Grace. One day, Grace rebels, leaving her youngest brother, Vince, with no supervision. When the parents return home, Vince is missing. Will this be the catalyst that brings the family back together?

This series, which replaces “Soko ga Shiritai,” takes you on a journey through Japan, highlighting foods and places that define the country.