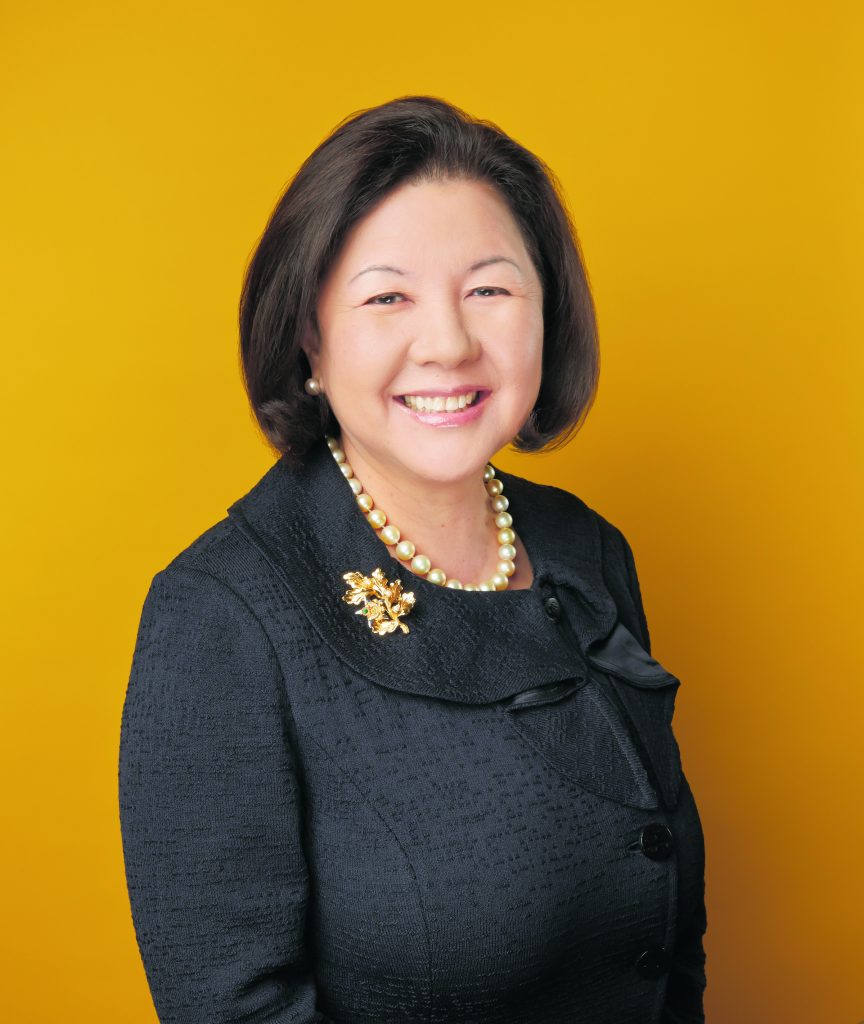 In July of 2012, Irene Hirano Inouye and a group of primarily Nisei veterans, most of whom were longtime Hawai‘i community leaders, got together in U.S. Sen. Daniel Inouye’s Hawai‘i office for a Zadankai — a “talk story” conversation — on the subject of “Nisei Values.” The discussants were: Sen. Inouye, Hirano Inouye, former Hawai‘i Gov. George Ariyoshi, then-Consul General of Japan Yoshihiko Kamo, Bishop Ryokan Ara of the Tendai Mission of Hawaii, former University of Hawai‘i president Dr. Fujio Matsuda, former bishop of the Honpa Hongwanji Mission of Hawaii the Rev. Yoshiaki Fujitani, and longtime labor lawyer and arbitrator Ted Tsukiyama.

It was the group’s first and only gathering: Sen. Inouye died later that year. Ted Tsukiyama and Bishop Ara have passed on, as well.

Here are a few excerpts from Irene Hirano Inouye’s contributions to the discussion, courtesy of the Hawaii Nikkei History Editorial Board.

“. . . George, Dan and Fuj, you all have been in leadership positions. Yet, so many of our Sansei went into professions that were ‘safe.’ They’re professionals — they became lawyers and doctors and accountants and so forth. If we look at the high education level of Japanese Americans — the Nisei, Sansei and, now the Yonsei — and we compare that with the numbers of Japanese Americans who are in senior positions at the top of Fortune 500 companies, running for political office, have considered running for office or are in major mainstream positions, the numbers are very, very low.

“It is, perhaps, the reluctance to move beyond a certain point, of not wanting to assume a leadership role that remains a challenge. I believe it’s possible to combine the values that the Issei and the Nisei taught the Sansei and take the positive aspects of those values and continue them and yet incorporate other American values that may seem at odds with each other but that encourage more of our young people to feel that they can succeed in leadership positions. They are very successful from a professional standpoint, but all the data about who’s in leadership does not include Japanese Americans.”

“. . . The fact that we have so many Nisei that excelled, despite all of the challenges that you had to face, is the legacy that I hope we can leave for our young people. There is a sense of pride about being of Japanese ancestry, and the experience of the 442nd and what happened in the camps is one important story. But it’s also the “post-” story — the fact that so many of you went on to assume major leadership positions, despite all that you had to go through. When the Sansei and the Yonsei look at your post-World War II stories and when they read your words and hear your stories, that’s what can inspire them — that they can do anything, since they didn’t have the same kinds of barriers that you all faced.”