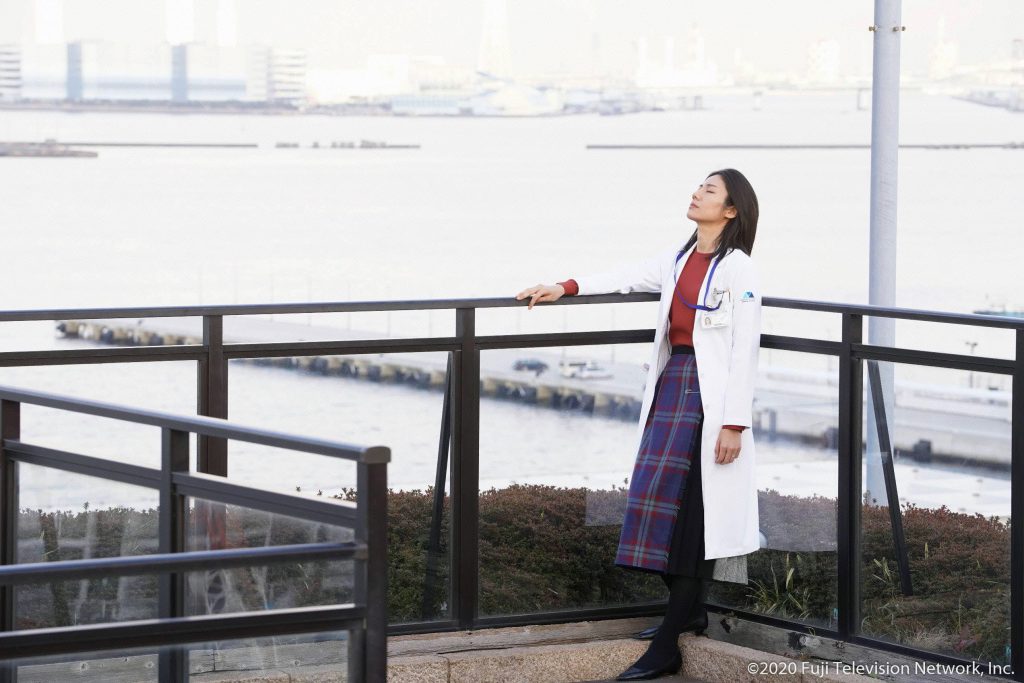 Known to affect approximately one in two in a lifetime, about a million people are diagnosed with cancer each year. Putting the spotlight on the world of medical oncology, a field which specializes in the treatment of cancer, Drs. Kokoro Onda and Kaoru Kajiyama starts to work as buddies, playing a major role in the process of helping those in most need. The two of them begin a journey of strengthening their bonds with one another, whilst helping patients and beholding painful issues and secrets of their own. Fully subtitled in English.

One day, Risa brings her boyfriend home, saying that he has proposed to her. Her father takes a look at his face and is shocked. Risa’s boyfriend is his boss who once was his subordinate! He wants to give his blessings for Risa’s marriage but gets worried about living under the same roof with his boss. Will the four of them become a family and live together happily ever after? Fully subtitled in English.

A small old-fashioned confectionary shop, “Sakuraya” stands as a remnant of the past amid the rapidly changing cityscape of Tokyo. Akiko has been running the shop for over 50 years, along with her grandson, Taro whom she raised from childhood after he lost his parents in a traffic accident. He appears as something of a “loser” who finds himself reexamining his lost childhood in an effort to move forward. Life takes a strange turn when Akiko receives a letter that she is being sued for damages because her cat, Mi-chan, allegedly scratched up a neighbor’s luxury car. Fully subtitled in English.

Shiro (Lily Franky) runs the pension “Koi wa Momoiro” (Love Is Pink), located on the outskirts of Tokyo, with his daughter Haru. Haru has a trouble with her leg but works hard and tries to promote the pension to get more guests. But her father Shiro isn’t really interested in attracting more guests. One day, he meets Yoshio in front of the pension and invites him to work part-time and live there. They start a new life together. Fully subtitled in English.

Natsuki, a lovable, bright, pure-hearted boy, Tomoya, a flirtatious playboy, Tsuyoshi, an intelligent otaku who does everything at his own pace, and Keiichi, who is always cheerful but harbors sadistic fetishes. These four high school boys have different personalities and hobbies but are best friends who love to hang out together. Changes occur in their silly, playful, and fun-filled lives when Natsuki, who is awkward with girls, falls in love with his schoolmate Anna.

A bunch of young, angry and penniless misfits are full of great vitality. They aren’t quite up to joining the yakuza and and execute a variety of petty scams. After being approached by a yakuza and asked to become a spy for them, they are now planning to take 10 million yen from the yakuza.

A presentation of the classic tale of the 47 ronin. After the unjust execution of their lord, 47 loyal retainers plot their revenge. Their story exemplifies the true meaning of loyalty.