“Given the way things are today, this story gives me hope,” agreed Emily Casey, also a senior at Kalaheo.

They were responding to my question: “What was your top ‘takeaway’ from your National History Day project?” As juniors, Bringas and Casey had produced a video documentary on the post-Battle of Okinawa World War II relief effort from Hawai‘i to Okinawa for their project.

Their optimism comes in the face of the rising tension we see today dividing communities on a national and global level. I shouldn’t have been surprised that the despair many are feeling transcends generations. Still, hearing it come from these students rocked me back in my seat.

About the Relief Effort

From February 1946 to June 1949, Hawai‘i sent 151 tons of clothing, books, school supplies, medical supplies and tonnages of other goods to bring some normalcy back to the people’s lives.

Hawai‘i also sent 550 pigs to help restore the pig population destroyed by the battle and 750 milking goats for infants and young children in need of milk.

In October of 2017, I traveled to Okinawa wanting to know what happened to the relief supplies after they were received in Okinawa. We knew what was sent and the tremendous effort it took, but not how the relief supplies were managed and distributed. I took on this research project with help from a friend, Chizu Inoue, chief editor of Okinawa’s Momoto Magazine. We were joined by Hiroaki Hara, a librarian at the Okinawa Prefecture Library.

What were our chances of finding credible information with the destruction and devastation left in the wake of the battle? We found that the supplies from Hawai‘i were in good hands. The effort put forth by Hawai‘i was equally matched in Okinawa in getting the desperately needed supplies to the people. We also learned that individuals who received items felt profound gratitude. The goodwill coming from Hawai‘i also brought hope to the hearts of Okinawans who were in a dire situation.

In my estimation, this was one of the greatest humanitarian acts to come out of Hawai‘i. And true to the “spirit of aloha,” contributions toward the effort came from Hawai‘i communities of all ethnicities, not just Hawai‘i Okinawans.

Sharing our findings with current and future generations in Hawai‘i and Okinawa was one of our top objectives. I wrote an essay on our findings that was published in the Aug. 17, 2018, issue of The Hawai‘i Herald (my first published story in the Herald), as well as a shorter version of this story in the Sept.-Oct. 2018 issue of the Hawaii United Okinawa Association newsletter, Uchinanchu.

Being a sansei Uchinanchu (third generation Okinawan descendant), Shigemura knew portions of the relief effort story. Feeling a need to bring awareness to the story, she suggested the story to Casey and Bringas (both Japanese descendants on their mothers’ sides) for their National History Day project. This project is  an important part of Shigemura’s curriculum that spans a full semester.

Shigemura uses National History Day as an opportunity for her students to sharpen their documentary skills. Her Mustang (Kalaheo’s mascot) Media department has been part of PBS Hawai‘i’s award-winning Hiki Nö (Can Do) program for Hawai‘i’s elementary, middle and high school students from its inception. Shigemura, along with a selected group of teachers, were members of the steering committee that helped to launch Hiki Nö back in 2010.

I asked Shigemura, “What is the value of being associated with PBS Hawai‘i and Hiki Nö?”

“It’s the high standard of PBS,” she said. “Students learn to work hard and persevere under pressure. They get real life experiences and their stories may be broadcasted on PBS Hawai‘i.”

PBS is a highly regarded and trusted national brand. One of Shigemura’s students submitted his resume for a coveted internship at the University of Texas. Although that program was not accepting any interns at the time, a slot was opened for him because he produced a public service announcement for the American Health Association which was broadcasted on PBS Hawai‘i.

Knowing Shigemura’s ancestral tie to Okinawa, I asked her what she saw in Casey and Bringas that made her suggest this story to them. “They are my ‘go-to’ students. They are responsible and self-motivated,” she said.

According to Shigemura, Casey has instinctive interviewing skills that were made evident when she interviewed the president and CEO of PBS, Paula Kerger, who recently visited the PBS Hawai‘i studio. Casey was spontaneous and asked questions not on her scripted list to gain further insight.

“Bringas has natural leadership abilities, she would always take the lead on other class projects,” said Shigemura. “They work great together as a team and [have] so since their freshman year.” The duo also co-hosts the school’s morning news program, which is broadcast live Monday through Friday on closed-circuit TV.

Casey asked me if I would share information on the relief effort and do an on-camera interview. I suggested that we include Hara, who is working towards his master’s degree in library science at the University of Hawai‘i. I felt, coming from Okinawa, he would offer a different perspective. Casey agreed. If we don’t share this story, it may get buried, denying future generations to learn from this significant event in Hawai‘i’s history.

I asked both students why they wanted to share this story for their project. Casey said, “It’s a kinder aspect of war. There were no gray areas in this story of giving.”  Bringas said, “It’s a story of compassion. And I never heard of the Battle of Okinawa. It’s a part of history we should know.”

The fact that they were unaware of the Battle of Okinawa gave me pause, but only for a second. Although it was the bloodiest battle of the Pacific, it is overlooked more often than not. My research partners in Okinawa, Inoue and Hara, said that current generations in Okinawa are also unaware of the post-war relief effort from Hawai‘i to Okinawa. 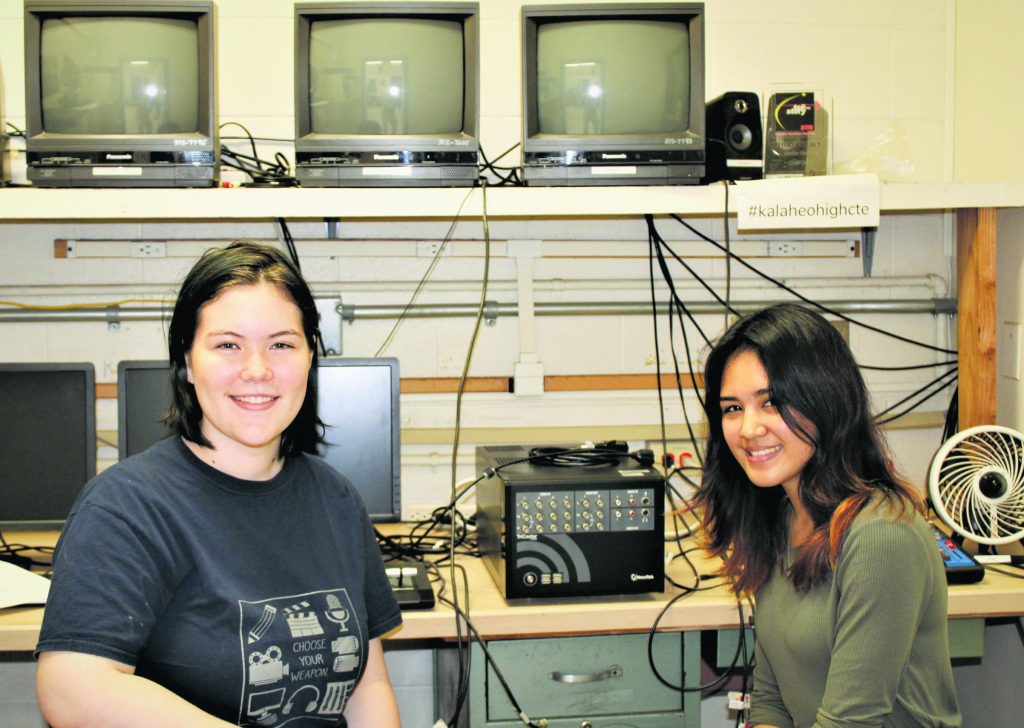 When tragic events that shocked the world such as the Holocaust are fading from memory, we should be concerned. This was made clear in an April 2018 New York Times article stating that 41 percent of Americans and 66 percent of millennials do not know what Auschwitz was. There are documentary films, movies, books and countless print and online media stories on the Holocaust.

And there are several Holocaust museums in the U.S. and in Europe. In July 2018, I visited the United States Holocaust Memorial Museum in Washington, D.C., and it was packed. I was told the museum is especially busy during summers when kids are out of school.

What does that say about stories like the Battle of Okinawa and post-war relief effort? To have young people like Casey and Bringas share the story is a hopeful step forward. It needs a ripple effect to keep these stories alive.

These stories of the past are universally relevant to today. They tell young people they belong to something larger than themselves and that they too, are capable of great acts of kindness.

Shigemura will be losing two of the best students at the end of the school year. Casey plans to study film and has applied to colleges on the East Coast. Bringas will be studying graphic design at the University of San Francisco. “I’m really going to miss those two,” Shigemura said with a sigh.

“Hope springs eternal,” an expression coined by Alexander Pope in 1734, describes my feelings after interviewing Bringas and Casey.

The Baby Boomers were the largest generation to walk the earth. The millennials exceeded the Boomers in 2019. Millennials are followed by Generation Z, which is estimated to be a third of the population this year. As these tech savvy generations develop their communication skills, they will be a force to reckon with. And when these young people’s voices are heard, they can and will create social change for a better world.

I am hopeful that Casey and Bringas will enjoy a successful and meaningful life with a career they are passionate about.

The three-minute version of the documentary can be seen on the PBS Hawai‘i Hiki Nö. episode “HIKI NO 2/13/20: A Son’s Love and Other Stories Program,” https://www.pbshawaii.org/hiki-no-21320-a-sons-love-and-other-stories-program/, cue up to 8:45 in the program.

Dan Nakasone is a Sansei Uchinanchu from Wahiawä. He is a marketing and advertising professional and most recently served as a producer/researcher for PBS’ award-winning food and culture series, “Family Ingredients,” which is based in Hawai‘i and hosted by Chef Ed Kenney.

Japanese History – A LOOK BEHIND THE MASKS OF JAPAN