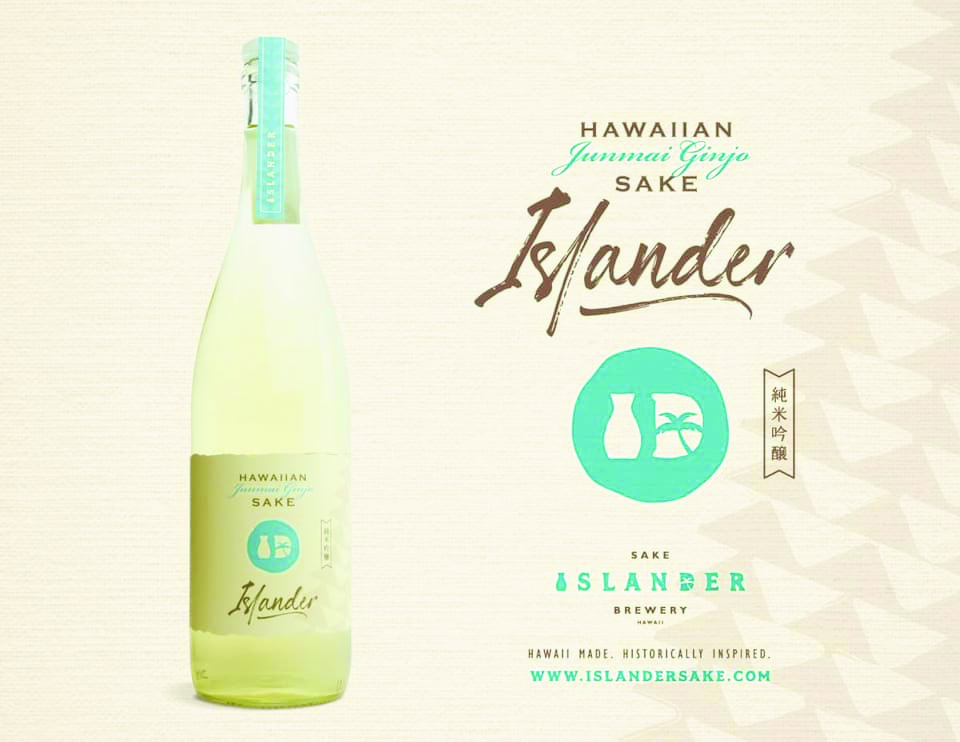 When Chiaki Takahashi and Tama Hirose open the doors of their Islander Sake Brewery next month, they will be bringing commercial sake-making back to Hawaiʻi after a hiatus of more than three decades. In the process, they will also put a distinct Japanese imprint on the evolving Kakaʻako neighborhood.

Located at 753 Queen St. (near the intersection of Queen and Cooke streets), the brewery will feature indoor-outdoor seating and offer a selection of junmai ginjo products made primarily from kitashizuku and omachi rice. It will be brewed entirely on-site with equipment that was customized in Japan, Napa Valley and Italy over the last year and a half.

According to Takahashi, Islander Sake’s president and head brewer, the company’s junmai ginjo sakes will not be the same as the Japanese imports found in stores and restaurants here. Rather, she said, they will feature a more “relaxed, Hawaiian-style” flavor that can be enjoyed on their own or with the brewery’s püpü-style dishes.

That pivot away from traditional Japanese fare is an intentional one designed to make sake a part of the local drinking experience.

“If we provide special Japanese food, then the sake will be something unusual,” Hirose said. “But we don’t want our sake to be something really unusual, just an everyday, drinkable thing. That’s why we wanted to match our sake to typical Hawaiian dishes.”

Islander Sake also wants to incorporate the opinions of customers who sit at the venue’s seven-seat tasting counter. In the first year alone, Takahashi plans on making about 20 varieties of sake, each brewed at different temperatures and with different rice and fermentation processes. Moreover, since Takahashi and Hirose plan on being the brewery’s only employees for the near future, they will be able to interact with customers and get their input face-to-face.

Inevitably, comparisons will be drawn between Islander Sake and its predecessor, Honolulu Sake Brewery, which closed its doors in 1989 after eight decades in business. The brewery was started by Tajiro Sumida in 1908 and remained family-owned and operated until the company shut down in 1989. In 1954, and again in 1956, Honolulu Sake Brewery had turned to Japan’s National Research Institute of Brewing for help with their sake product. The institute dispatched brewmaster Takao Nihei, a Tōkyō native, who helped the Sumidas save their sake operation. Nihei brought his wife to Hawai‘i on his second rescue mission. The couple decided to make Hawai‘i their home and raised their family here. He died in 1994.

Nihei came to be known as the “father of sake brewing in America.” Honolulu Sake Brewery captured the attention of Japanese industry leaders — not to mention the hearts of local sake enthusiasts — by brewing products year-round in Hawaiʻi’s tropical climate.

Prior to settling in Honolulu, Nihei had worked at Japan’s National Research Institute of Brewing, where Takahashi conducted her fermentation research. That connection is not lost on Takahashi, who said she “admires” Nihei’s work, such as his pioneering use of awanashi kobo, or foamless yeasts, allowing brewers to increase the amount of sake produced in a given vat. She said she is “very happy” to carry on his legacy in Hawaiʻi.

While the 50-year-old Takahashi is an expert in the fermentation processes that create sake, wine and hard cider, she actually started her professional career as a medical researcher studying stress-induced diseases. She initially wanted to invent a drug that would cure anorexia nervosa. However, that all changed 10 years ago when she experienced a career epiphany while drinking a glass of sake.

“One day, I was very tired and stressed, so I drank sake and I escaped my own stress,” she said. “I decided to change my job from stress disease research to liquor research.”

After leaving the medical field, Takahashi formed her own company, United Sake Consulting, and set her sights on Nagano Prefecture, known for its fertile soil and mineral-rich waters that are ideal for winemaking. Her goal was to convince local grape farmers that they could make 10 times more profit by producing wine themselves instead of simply selling their grapes to retailers.

The farmers, however, resisted the idea of a woman from Tōkyō telling them to change their longstanding business models.

“In the beginning, I had a very hard time going into the community, but I never gave up,” Takahashi said. “I drove by myself many hours to Nagano and told the farmers about the dream of making wine. Finally, they got the idea and I helped them receive brewery licenses from the Japanese government. They started wineries in their backyards and now their economic situation is much better.”

Today, Japan’s wine industry is booming, with over 300 wineries of all sizes. Nagano holds the title of being the largest producer of Merlot in the country and boasts more wineries than every prefecture except Yamanashi — 10 of which were established with Takahashi’s help.

Her success with Nagano’s grape farmers gave her confidence that she could have similar success in Hawaiʻi — a place she lovingly calls “heaven” and had visited nearly 200 times by her own estimation. She envisions integrating local fruits, such as pineapple, into her concoctions, and maybe even kickstarting Hawaiʻi’s rice industry again.

“Table rice is cheap, so we can’t compete against California rice growers. But sake rice trades at much higher prices,” she said. “Maybe some farmers in Hawaiʻi will start growing sake rice here. That’s where I can use my own experiences helping farmers in Japan.”

While Takahashi’s journey from medical researcher to head brewer is unusual by industry standards, her business partner Hirose had an equally circuitous path that started with his family business breeding tosa, or Japanese mastiffs, in Kōchi Prefecture.

“My grandmother started breeding tosa dogs and my parents were both tosa breeders,” he said. “We are honored to have shown our tosa dogs to three different generations of Japanese emperors.”

When the Hiroses were tabbed to present then-Gov. George Ariyoshi with a tosa in the 1980s, Tama, then 18 years old, was offered a unique opportunity.

“The year I graduated from high school, my father told me, ‘Go to Hawaiʻi and teach people how to take care of tosa dogs. In exchange, you learn English over there,’” he said. “So I came here and I think five or six days later, I was in a photo in the [Honolulu] Star-Bulletin with Governor George Ariyoshi, presenting him with a tosa dog.”

Over the next 18 years, Hirose learned English and graduated from the University of Hawaiʻi with a degree in journalism before returning to Japan. He helped his family breed tosas for another 18 years while also keeping an eye on the sake industry. Hirose crossed paths with Takahashi at a sake convention in Tōkyō in 2016. When she learned about his connection to Hawaiʻi, the Islander Sake team was born.

“Chiaki asked me to come back here, so I started what could be another 18-year cycle,” the 55-year-old Hirose said.

Together, Takahashi and Hirose want to make Islander Sake more than just a place to drink. They both strongly believe in sake education and have even integrated it into their mission statement. They want to eventually host tours of the facility and show visitors the brewing process with the goal of raising sake awareness in Hawaiʻi, even if doing so creates more competition.

“If we educate people, they will get more interested and come to the brewery,” Hirose said. “Maybe some of those people will start making their own sake — that’s fine, we will help them.”

That inclusive philosophy ties back to the relationship between Japan and Hawaiʻi, which Takahashi and Hirose hope to extend through sake brewing.

“Local Japanese have 150 years of history here, but what about the next 150 years?” Hirose asked. “Chiaki has the knowledge of sake, so we hope some young local people show interest in making sake and also fermentation science. If young kids show the interest, we are happy to teach them the technique. That way, somebody can take over our business — take over our mission for the next 150 years.”

Joe Udell is a freelance journalist and former staff writer for The Hawai‘i Herald. He is the co-editor of Suikei Furuya’s World War II memoir, “An Internment Odyssey: Haisho Tenten,” as well as a contributor to “Asian Americans: An Encyclopedia of Social, Cultural, Economic, and Political History.”