“Hands In Helping Out” is Helping to Build a Kinder, More Giving Community

When December rolls around, most kids get to work on their Christmas wish list, hoping for the newest gadgets and toys. Adults, smitten by holiday sales, rush to the malls to shop till they drop. Cheri Kishimoto’s father, however, had a different vision for his family.

When Cheri was in the second grade, her father decided to take his family Christmas caroling with his two friends and their families. His initial attempt to contact children’s hospitals was unsuccessful, as other carolers had already offered to visit. Kishimoto ended up calling a senior home instead, where his group received a warm welcome. Kishimoto learned from the staff that they were the first group of carolers to offer to share Christmas cheer with the seniors. Since then, the Kishimotos have continued their tradition of Christmas caroling every year.

Kishimoto’s journey as a volunteer didn’t stop there, however. In 2006, while a student at the University of Hawaiʻi at Mānoa, she and her friends, married couple Ryan and Char Leong, gathered a bunch of their friends from the marching band’s trombone section. They formed a team with the catchy moniker Hands In Helping Out — HIHO, for short — and participated in the American Cancer Society’s Relay for Life at Magic Island, an annual fundraising event to support the ongoing fight against cancer. The group of friends enjoyed the event so much, they vowed to do it again the following year. In the meantime, they got together periodically for potlucks and began looking for other opportunities to volunteer.

“There was a need to help other people,” said Kishimoto. She soon learned, however, that along with volunteering came a host of challenges, such as coordinating her friends’ busy schedules, choosing events that people with varying interests could enjoy and getting in touch with nonprofits for more information on upcoming events.

After several years of volunteering, Kishimoto and the Leongs made the monumental decision to create their own nonprofit that would serve to connect young people like themselves with volunteer opportunities. Inspired by their Relay for Life team name, they chose the name “Hands In Helping Out” for their new organization.

Kishimoto soon realized that volunteer opportunities are not as readily available or accessible to people after high school. College students, parents and others in the workforce often have limited free time and more pressing priorities; that doesn’t mean, however, that they aren’t interested in making a difference in their community by volunteering. Kishimoto and the Leongs formed HIHO with the goal of eliminating barriers that prevent people from volunteering in the first place — barriers such as searching for reputable nonprofits that match their interests and getting in contact with the organizations, which may be understaffed.

“What if we made [the volunteer process] easier so people don’t have to do as much homework?” Kishimoto posed. “We serve our volunteers first.”

After making sure a similar organization didn’t already exist in Hawai‘i, the three friends began the arduous journey of establishing HIHO from the ground up.

“We literally Googled, ‘How to start a nonprofit,’” Kishimoto laughed. “We kind of winged it!”

From submitting the proper paperwork to putting together a board of directors, the three friends’ hard work paid off in 2009, the year HIHO was officially founded. Then came the task of rounding up a team of reliable, passionate volunteers. They started with family and friends, eventually expanding through word of mouth.

All interested volunteers attend a two-hour orientation workshop called the Hands In Program, which consists of a skills assessment interview and a presentation that explains HIHO’s mission. It’s also an opportunity to develop relationships with fellow volunteers, which is at the heart of HIHO’s mission: sustainable volunteerism through human connection. It’s free to join HIHO and there is no annual fee and no minimum hour requirement, taking the volunteers’ busy lives into consideration. If volunteers are still interested in joining HIHO after completing HIP, their first 10 hours in the field takes place at an event that HIHO staff members are leading to ensure they have a smooth experience.

HIHO has had an impressive volunteer retention rate of 85 percent since 2009. According to Kishimoto, HIHO currently has approximately 150 enrolled volunteers, with about half staying active throughout the year. Although the average HIHO volunteer is in their early 30s, the nonprofit has attracted both the young and the elderly. Some members have moved away to the Mainland, but choose to stay connected with HIHO. “We figured people would start out with us. We thought we’d max out at 100, but I guess we were wrong!” Kishimoto said.

Over the past decade, HIHO volunteers have contributed over 10,000 hours of service to 17 local nonprofit partners, including Hawaii Literacy, the Kökua Hawai‘i Foundation and Special Olympics Hawaii. HIHO’s Helping Out Program helps match volunteers with opportunities they deem interesting. Whether they prefer an outdoor or indoor setting, a social experience or a more individual task, volunteers can choose from a range of opportunities and are not restricted to one type of event.

Experienced and dedicated enrolled volunteers have a chance to be selected for the HIHO Academy, a yearlong course that trains individuals in volunteer leadership inside the classroom and out in the field. The approximately eight lead volunteers have played an essential role in expanding HIHO’s reach. Whereas they were limited in the past to one event per day, lead volunteers have made it possible for HIHO to participate in several concurrent events around the island. At least one HIHO staff member or lead volunteer is present at every event to answer questions and to facilitate other volunteers, who are often sent out in pairs or small groups rather than alone.

Since its inception, the three co-founders have operated HIHO while still holding down day jobs. That means much of their work for the organization is done in the evening and on weekends. Kishimoto works a job in finance while serving as HIHO’s executive director. Ryan is the associate executive director of the Kalihi YMCA in addition to being a consultant on HIHO’s board. Char is a freelance graphic designer and HIHO’s creative director. Channeling HIHO’s 10 years of expertise, HIHO’s Education Department, consisting of Ryan and two consultants, assist qualifying 501(c)(3) nonprofits with coordinating events, educational opportunities, consultations and audits on a fee-for-service basis. Kishimoto hopes to continue growing HIHO’s relationships with other nonprofits in the coming years to best serve the needs of Hawai‘i’s communities.

Reflecting on how far HIHO has come since its humble beginnings, one essential aspect has remained the same: HIHO’s focus on taking care of its volunteers by facilitating positive relationships within the organization. After all, HIHO would not have come to fruition if not for the persevering friendship between Kishimoto and the Leongs, a friendship that continues today, more than a decade after their college years.

Kishimoto has immense love and gratitude for the volunteers, whom she describes as “diverse, interesting and caring.”

“It’s good work because we’ve attracted good people. We are beyond grateful for the people who’ve come into our lives.” 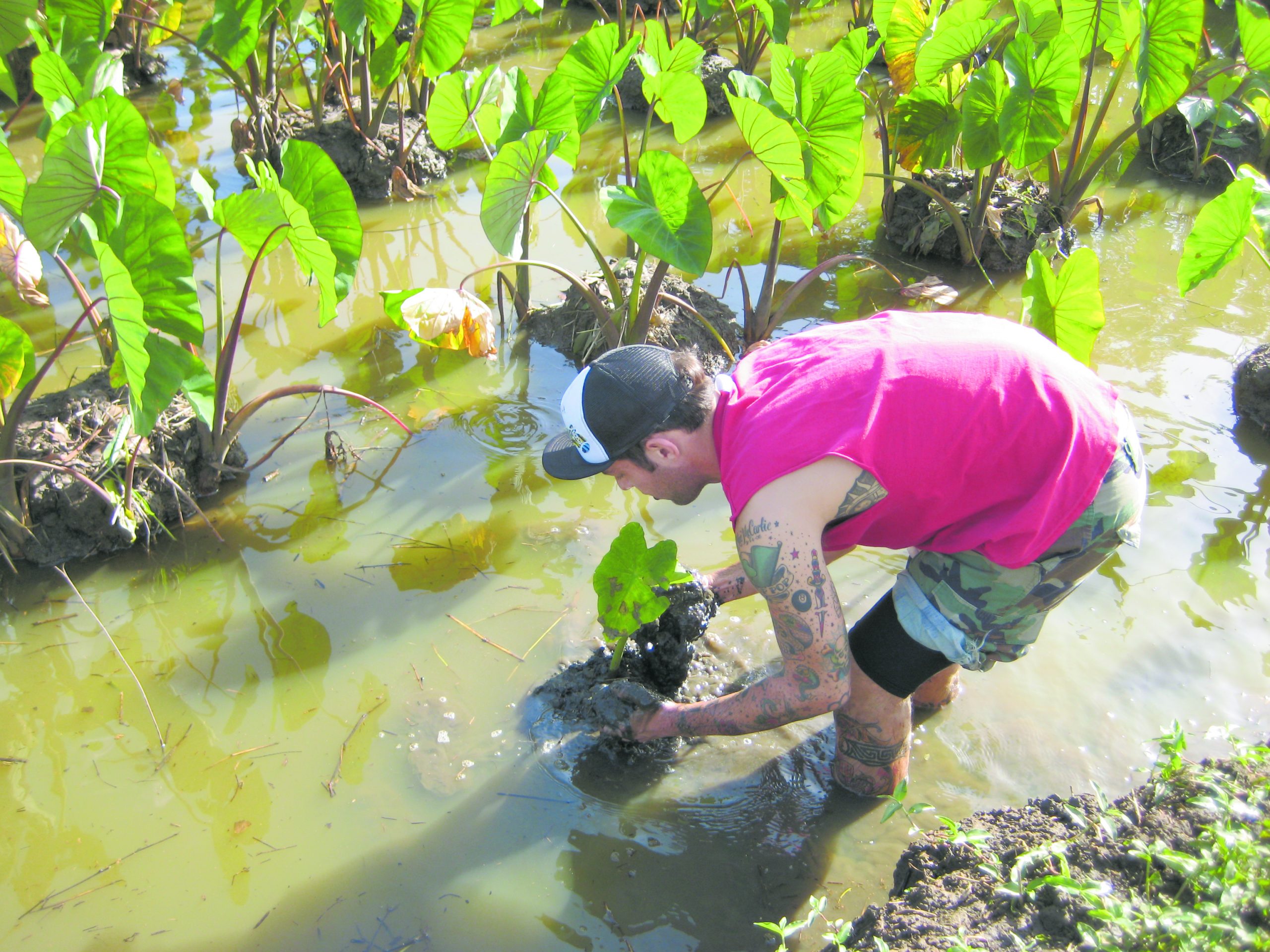 To learn more about HIHO and to get involved, visit hiho.org.

Jackie Kojima is an eighth grade Japanese language teacher at ‘Iolani School and a freelance writer. A gosei, she developed a passion for studying Japanese in her middle school years. She earned her bachelor’s degree in international business and marketing with a minor in Japanese from the University of Hawaiʻi at Mānoa in 2018. In her free time, she enjoys singing, listening to podcasts and eating Korean food with her sister Jenny.