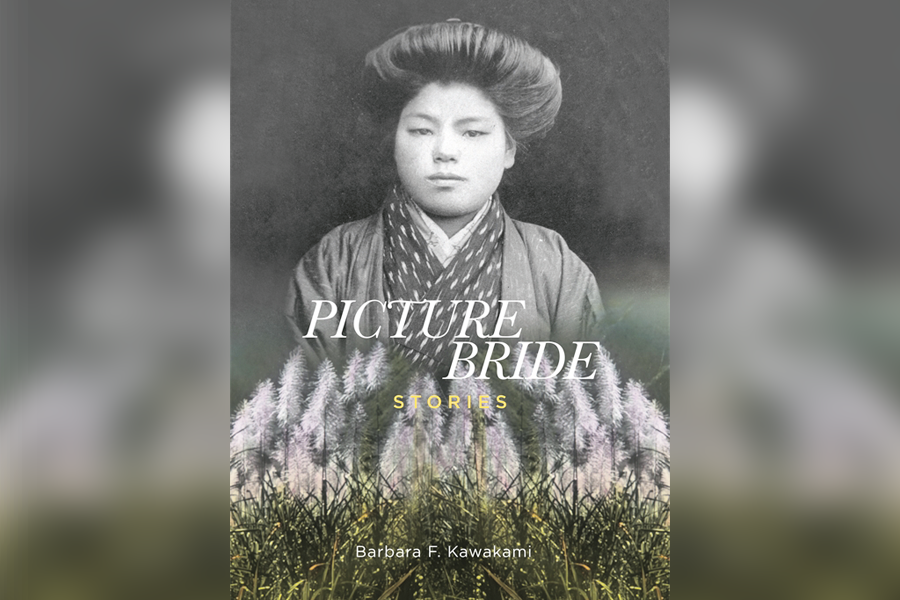 Inspiration is a fascinating animal. It can take off like wildfire, and where it will go is anyone’s guess. Just ask University of Hawai‘i music professor Takuma Itoh and Hawai‘i plantation era historian and author Barbara Kawakami.

The opportunity to compose a musical piece on Hawai‘i for the innovative string quartet Invoke led Itoh, a prolific composer (see takumaitoh.com), to the stories of the plantation-era picture brides from Japan and Okinawa; then to Kawakami’s book, “Picture Bride Stories,” published by the University of Hawai‘i Press; and, eventually, to the author herself. The two shared a common interest in the stories of the immigrant women who had arrived in Hawai‘i between 1908 and 1924 to become the wives of Japanese and Okinawan plantation laborers they knew only through studio-taken photographs.

Inspired by their courage and tenacity, Kawakami had interviewed the former picture brides decades earlier in the comfort of their own homes. They were retired, in their 80s and in relatively good health. Their lifetime of hardship and perseverance was by then a memory. Kawakami quickly developed a rapport with the women. Maybe it was because she had lived the hardships of plantation life with her own mother, who was only 39 years old and pregnant with her ninth child when her husband died. Kawakami was only 6 at the time.

The former picture brides shared with her their memories and feelings of leaving their families behind in Japan, of sailing across the vast Pacific Ocean, alone, to a strange land to begin a new life with a man they did not know and of trying to make the best of that life.

Itoh’s composition, “Picture Brides (Hawai‘i 1908-1924),” spoke to that experience, and Invoke, the quartet from Austin, Texas, will perform it at a Honolulu Chamber Music Series concert on Tuesday, Dec. 10, in Orvis Auditorium on the University of Hawai‘i’s Mänoa campus. Invoke will give a pre-concert talk at 6:30 p.m., followed by the concert at 7:30.

“Invoke is a truly unique ensemble,” Itoh told the Herald in an email interview. The members play all of the instruments that a standard string quartet plays — two violins, a viola and a cello. They also play the banjo and the mandolin. And they sing, too, Itoh added.

They recently won the prestigious Concert Artist Guild competition, a goal of many young ensembles. Publicity material described the quartet as “not your typical chamber music group.” Rather, they weave together musical styles from across America to tell stories.

“The problem with being so unique, though, is the lack of repertoire that they had to showcase their abilities since no other group like them has ever really existed before,” explained Itoh. Faced with that challenge, the members decided to create a new repertoire for themselves by commissioning new works by several composers from around the country. Itoh was among the composers whose talent Invoke sought out.

“When we were all brainstorming together about ideas that could tie together all the new works, we realized that the composers were all from very different parts of the country — South Carolina, Texas, California, and me in Hawai‘i — so we decided to create a set of works that would reflect the unique history of each place and call them all ‘American Postcards,’” he explained.

Itoh had been living in Hawai‘i for only about five years at the time, so he began doing research on Hawai‘i and its history. He knew he wanted to tell a story about the Japanese American experience. It was his story, too. “I also knew Invoke would be performing the work in a number of places on the Mainland, so I wanted to pick a story that not many people outside of Hawai‘i would be familiar with,” Itoh said.

The 35-year-old composer was born in Kanagawa, south of Tökyö. When he was 6, his family left Japan so that his father could pursue a Ph.D. in engineering at Stanford University. The family settled in Palo Alto, intending to return to Japan after his father graduated. Instead, they remained in America.

He earned his bachelor’s degree from Rice University in Texas, then his master’s at the University of Michigan and, finally, his Ph.D. from Cornell in New York. In 2012, he joined the faculty of the UH Music Department and is currently an associate professor of music, teaching composition and music theory. The New York Times has described his music as “brashly youthful and fresh.”

After mulling over his contribution to the “American Postcard” series for some time, he settled on the picture bride story.

“When I came across the history of the picture brides, it caught my attention and I knew it was what I wanted to base my piece on,” Itoh said.

But there was something else to consider. He said music about Japanese immigrants in Hawai‘i performed with a banjo or a mandolin just didn’t match Hawai‘i, so he asked the members of Invoke if they would learn to play an instrument with “more local color” — the ‘ukulele.

“They were game for it!” he said. And then Itoh himself had to learn to play the instrument: He had never played an ‘ukulele, let alone composed for it.

“If they were willing to perform an instrument that they were not familiar with, I owed it to them to make sure that the music was properly written for the ‘ukulele,” said Itoh, whose works have been performed all over the world. He employs a variety of traditional and nontraditional instruments that bridge East and West. Last year, Itoh was part of the composing team that wrote a full orchestral piece that the Hawai‘i Symphony Orchestra performed titled “Symphony of the Hawaiian Birds: A Farewell to the ‘Ö‘ö.”

As Invoke performs Itoh’s “Picture Brides” next Tuesday night, the audience will see a slideshow of picture bride photographs from Kawakami’s collection. Itoh said he wrote the music so that it could be appreciated without the audience necessarily understanding the history of the picture brides or seeing the photographs.

“That being said, my mind was on the topic the entire time I was composing.” He later met Barbara Kawakami and her daughter, Fay Toyama, through UH Press publicist Carol Abe and shared a recording of his composition with them.

When he learned that Invoke would be coming to Hawai‘i for the Honolulu Chamber Music Series, he contacted Toyama and Kawakami and asked about possibly creating a slideshow from Kawakami’s picture bride photos to accompany the music. Itoh said Kawakami, who will receive an imperial decoration — The Order of the Rising Sun, Silver Rays, from Emperor Naruhito and Empress Masako at the Imperial Palace later this month — plans to attend the Dec. 10 concert with her family.

Kawakami, who turned 98 this past summer, said she was “honored and excited” by Itoh’s composition for the picture brides. She watched a recording of it on her computer.

“It’s so beautiful. You can feel every emotion — their fear, anxiety, loneliness, their hardship. It’s so well done,” she said excitedly. Kawakami said the score sounds like authentic Japanese music.

Invoke’s music moved her, as well. “The four musicians are so talented,” Kawakami said.

And what will Itoh be doing at the concert? “I will simply be enjoying the performance during the concert,” he said. “Other than that, maybe having to start the slideshow.”

“I hope my music, together with the slideshow, will add a level of emotion that can enrich how we interpret these women’s stories. They’ll learn about Barbara Kawakami and the remarkable work that she has done to preserve this history of the picture brides,” Itoh told the Herald, reminding us that the picture brides composition is just one piece in Invoke’s program for that evening.

Itoh said Invoke has performed “Picture Brides” in South Carolina, Texas, California and, most recently, in New York. Itoh was in the audience for the South Carolina performance.

“They were certainly unfamiliar with the history, but there’s something universal about the immigration story that so many of us can relate to, so the work seemed to connect with them,” he said.

“It’s just nice to be able to share this program with Barbara Kawakami and be able to retell the stories that she has collected in a new way. Without her work and the photographs, the music just wouldn’t have the same meaning — I could have just as easily called it ‘String Quartet’ and the music would have been exactly the same. But together with her photos, it has a whole new significance. I’m happy that this concert can bring some attention to this history, even if it’s just for an evening.”

Tickets for the Invoke concert are $40 ($20 for students) and can be purchased by calling UH Outreach College at (808) 956-8246 or online at www.outreach.hawaii.edu, or by visiting honoluluchambermusicseries.org.