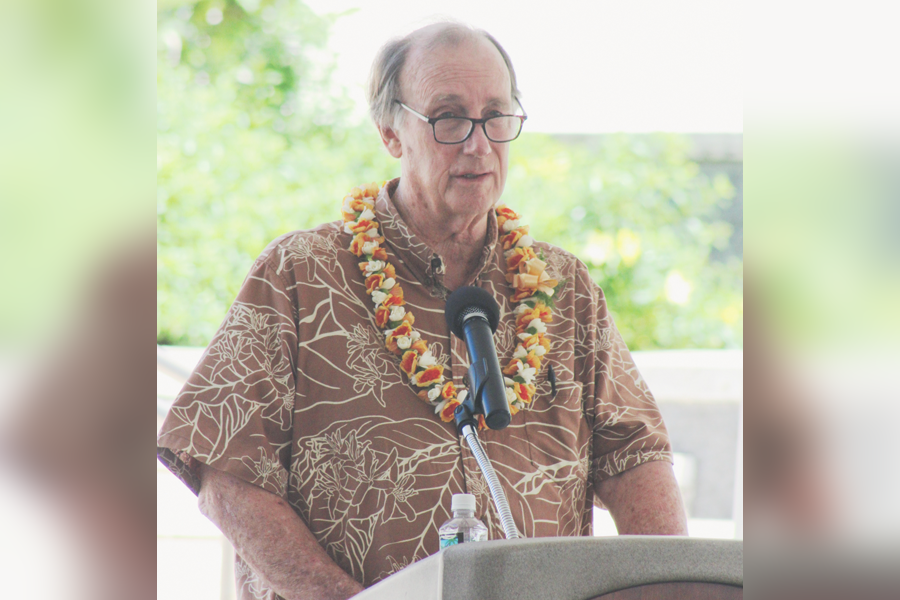 Acclaimed Hawai‘i author and historian Tom Coffman realized what would become the signature theme for his writing in a surprisingly successful meeting more than thirty years ago in the koa-paneled office of Hawai‘i’s governor.

The meeting was odd because, as Coffman wrote in “Catch a Wave: A Case Study of Hawaii’s New Politics,” his first book on local politics, then-Gov. John A. Burns “wanted as little contact with the working press . . . as possible.” In the 1960s and early ’70s, Coffman was a government and politics reporter for The Honolulu Advertiser and, later, the Honolulu Star-Bulletin.

Burns, who was Hawai‘i’s governor from 1962 to 1974, rarely spoke to the press. He rarely appeared on television and never told the news media when or where he would be giving a speech.

So, Coffman, who was researching his seminal 1972 political history on Hawai‘i, was amazed that not only did Burns agree to an interview, but that his talk with the governor lasted six hours.

By the time it was over, Coffman knew he had a new understanding of Hawai‘i politics and that Burns had set him on a course that would carry the Kansas-born journalist forward with a half-dozen award-winning books and documentaries.

“What he wanted to talk about was Hawai‘i’s transition,” the 77-year-old Coffman said in an interview.

It was Hawai‘i’s subtle yet profound evolution into a cohesive, multicultural modern society defined by the AJA experience that fascinates Coffman to this day and provides the thrust for most of his writing.

“People didn’t talk about the war as an emblematic transition. It was a slow lifting of the veil. The events were so monumental it took time to get a grasp,” Coffman explained.

“There was tremendous pressure developing in the Japanese community prior to the war, then the disaster of Pearl Harbor, the threat of mass internment, and the negotiating and mobilization of the AJA fighting units.”

When the Hawai‘i soldiers came home after the war, community meetings and planning were already underway to ensure that the sacrifices of the war would remake Hawai‘i.

“Here we have sacrificed ourselves. Now what is our place in Hawai‘i when we come back?” asked Burns political aide Mitsuyuki Kido.

In “Catch a Wave,” Coffman quoted Kido from one of his weekly meetings with Burns and three others. Kido told them that AJA soldiers on the warfront were asking each other that question.

“Hawai‘i has experienced a great improvement in race relations. Call it a negotiated end to the theory and practice of white supremacy and acceptance of a multiethnic, multicultural model and an embrace of it. An enthusiastic embrace. If that is the reference point, it is monumental,” said Coffman.

“Coffman’s book shows how some visionary and passionate people in Hawai‘i reached across racial lines and embraced ideals of equality and freedom before the bombs fell on Pearl Harbor,” said retired Honolulu journalist Mark Matsunaga of Coffman’s 2014 book, “How Hawai‘i Changed America.”

He said Hawai‘i’s wartime service was both traumatic and different from that experienced by Americans of Japanese ancestry on the Mainland, pointing to Coffman’s deep examination of the prewar efforts by people like Shigeo Yoshida, Hung Wai Ching, Charles Hemenway, Kendall Fielder, (future governor) Jack Burns and others to build racial harmony in the Islands and how those efforts paid off after the Pearl Harbor attack.

“How Hawai‘i Changed America” “. . . spells out how the collective experience of Japanese in Hawai‘i, where relatively few people were removed and interned, differed so dramatically from the mass internment of Japanese on the West Coast,” said Matsunaga. “The distinctions have been blurred by time and easy interstate travel, but Hawai‘i was largely spared the continental narrative,” he added.

Coffman had his own early contact with Hawai‘i because of his father.

“My father was stationed here during the war, in naval intelligence, was adopted by a native Hawaiian couple, and they became his lifelong friends and he became their advisor on legal things,” Coffman said.

“When I was like 3, my first memory was of my dad coming back from the war. My second memory was of a Hawaiian man and woman showing up in my kitchen. The woman, with a flowing mu‘umu‘u, took me into her folds,” Coffman said, chuckling.

“Dad was affected by Hawai‘i. He talked about it with me, about how such varied people came together and got along. I sort of grew up with the story in front of me; it was a part of me,” said Coffman, who arrived in Hawai‘i in 1965 to take a reporting job with the Honolulu Advertiser. He made Hawai‘i his home, married a local woman and raised their hapa children.

Coffman’s books, including, “Nation Within: The History of the American Occupation of Hawai‘i,“ “The Island Edge of America: A Political History of Hawai‘i,” “How Hawai‘i Changed America: The Movement for Racial Equality 1939-1942” and, most recently, “Tadaima! I Am Home: A Transnational Family History,” roam over the decades of change for Hawai‘i’s people. A continuing theme of his books, most of which were published by the University of Hawai‘i Press, is the Japanese American experience.

“I assert that I never set out to be a journalist of the Japanese or Hawaiian experience. My goal was writing about the people of Hawai‘i; inevitably, you learn a lot about the Japanese in Hawai‘i and other people,” Coffman said.

His interest in the evolution of Hawai‘i’s people put him in touch with people who lived through the period and were eyewitnesses to the change — people like AJA veteran Ted Tsukiyama, who served in the Hawai‘i Territorial Guard, Varsity Victory Volunteers, 442nd Regimental Combat Team and the Military Intelligence Service.

Coffman and Tsukiyama, a retired labor arbitration attorney, spent countless hours scouring the collections of the University of Hawai‘i libraries for documents and other research material on the era. When Tsukiyama died earlier this year, Coffman was asked to speak about Tsukiyama, his research partner and close friend, at the Nisei veteran’s celebration of life.

Hawai‘i’s Japanese American community faced the challenge of transforming the Islands into a more egalitarian society after the war, said Matsunaga, the son of an MIS veteran. He is currently writing the fourth volume of the “Japanese Eyes, American Heart” book series, this one focusing on the AJAs who served in the Military Intelligence Service during the war and in the postwar occupation of Japan.

Statehood, which had been sought and rejected for decades, was seen as the prize, Matsunaga said.

“Hard to imagine today, but it seemed like everyone, including native Hawaiians, celebrated statehood back in 1959,” he said. “To understand that, one has to know how different things were in the prewar territory of Hawai‘i, where the haole oligarchy ruled and profited from the labors of a large brown majority.” Coffman’s works are valuable in that understanding, he said.

Coffman has received the Hawai‘i Award for Literature, the highest recognition given by the state of Hawai‘i for outstanding literary achievement. Three of his books — “Nation Within,” “The Island Edge of America” and “I Respectfully Dissent” (a biography on the late associate justice of the Hawai‘i Supreme Court, Edward H. Nakamura, a 442nd RCT veteran) — received Ka Palapala Po‘okela Awards for Excellence in Nonfiction from the Hawai‘i Book Publishers Association. 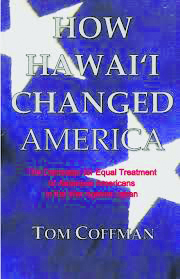 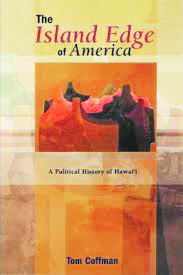 “Tom has done more than any other single person to document the important historical events and figures that shaped today’s Hawai‘i with books like ‘The Island Edge of America,’ ‘Nation Within,’ ‘I Respectfully Dissent’ and ‘Tadaima!’ and videos such as ‘The First Battle,’” maintains Matsunaga.

“As a former journalist, I can appreciate the tremendous reporting he has done since he left the newspapers, especially his ability to dig deep to find the people and forces that actually shaped our history.”