I am writing this column before I leave for Hawai‘i to give several talks on caregiving and to introduce my new book on Kapoho. To be honest, I’m feeling a bit burnt out after spending much of my last 20 years doing talks on the road. As fate would have it, certain faces and their stories began to remind me of why I do what I do.

In 2004, after giving my first talk on caregiving at a synagogue in Sacramento, an elderly woman followed me out.

“Today you made me cry for the first time since my 15th birthday,” she said. She then rolled up her sleeve and showed me her arm.

I was stunned at what I saw and totally speechless. I could only embrace her. On her arm were tattooed numbers.

“Tell me how this happened,” I said. And she did.

“I was 15 years old in Germany when the Nazis came. My father and brothers were all taken to camp and I was at home with my mother. My mother and I were waiting for the knock on the door. The first knock came from our family doctor. He gave me a sheet of paper and said, ‘I will save you both. I have written a letter to the guards to leave you and your mother alone. See, I have written that your mother has a bad heart and she will die soon, so it isn’t necessary to take both of you away. You give this to the guards when they come for you.’

“When I saw the message written on his stationery saying he was a doctor, I felt so safe. I told my mother we were safe. They would believe a doctor.

“When the guards came, I boldly gave him the doctor’s letter. He laughed and tore up the letter and tossed the pieces into the air. My mother and I were taken to Auschwitz. When we got there, they took my mother to the left and pushed me toward the right. ‘I want to go with my mother,’ I cried. They told me they were taking her to a hospital because she looked ill.

“Every morning I cried for my mother and asked for her — they kept telling me that she was being cared for in the hospital. Then, a woman prisoner pointed to the smoke coming out of a building and told me, ‘See that chimney with the smoke? Your mother was taken there. You won’t see her again.’

”I never saw my family again. On that day, I made a promise to myself that I would never, ever cry again . . . that nothing in life will ever be as sad as that day. I have kept all my tears like stones in my heart.

“Today, you made me cry for the first time since that day. Your poems got to my heart. I never thought I would ever cry again.”

I held her in my arms and whispered, “Crying is good, isn’t it?”

On another occasion, I read my children’s book, “Wordsworth Dances the Waltz,” to a fifth grade class. We spoke of dignity and honor and explored Wordsworth’s message of how memory loss doesn’t change who our grandparents are to us. The students wrote poems about their grandparents.

Later, one of the students came to me. “I wish my parents were here,” she said. “They need to hear Wordsworth. They are so mean to my grandmother. They just don’t understand.”

I asked her if her parents would accept Wordsworth’s book. With her permission, I signed the book to her parents as a gift from their daughter. Just as I had done to the elderly woman, this young child and I held on to each other and cried. “Thank you,” she said.

These stories are the result of all of you caregivers, past and present. You brought your stories and poems to me and they became beacon lights to people in these two stories and to countless others. I know you have your own poignant stories. 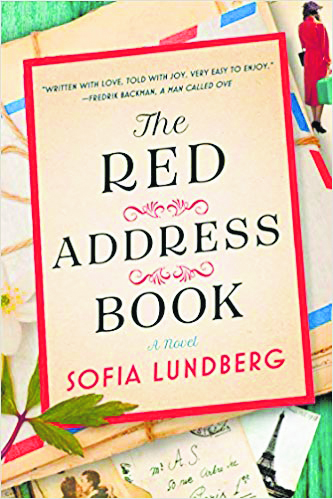 It’s a good book to read with your favorite hot beverage on a quiet afternoon. This book may even inspire you to pick up your pen.

In the book, Doris, who is 96, still lives independently with a day caregiver. You will meet caregivers and medical staff members who are sensitive with lots of common and human sense, and you’ll meet others at the opposite end of the spectrum who see her as just another old woman. This story will warm your heart to the very end. Her story is a love story.

My own mother never said she was old, not even when she was in her late 80s. Instead, she would say, “I must be getting old.” Well, I am my mother’s daughter. I must be getting old because I’ve been reading a lot of books on elders who are delightful main characters.

Here’s another book — “A The Japanese Lover” — by one of my favorite writers, Isabel Allende. It’s a beautiful love story for the season. Alma is nearing the end of her long and eventful life in a retirement home when she suddenly begins receiving mysterious gifts and letters. Who are they from? You’ll find out only if you read the book. 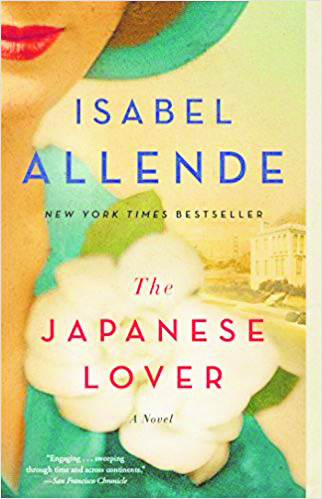 And, finally, here’s a new book written by someone you know. It was released just last month. 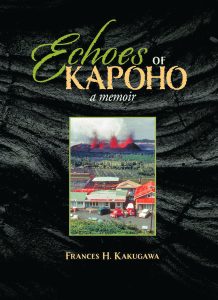 Frances Kakugawa was her mother’s primary caregiver during her five-year journey with Alzheimer’s disease. A native of Kapoho on Hawai‘i island, she now lives in Sacramento. Frances has melded her professional training as a writer and educator and her personal caregiving experiences to write several books on caring for people with memory-related illnesses. She is a sought-after speaker, both in Hawai‘i and on the Mainland, sharing strategies for caregiving, as well as coping with the stresses of caregiving.