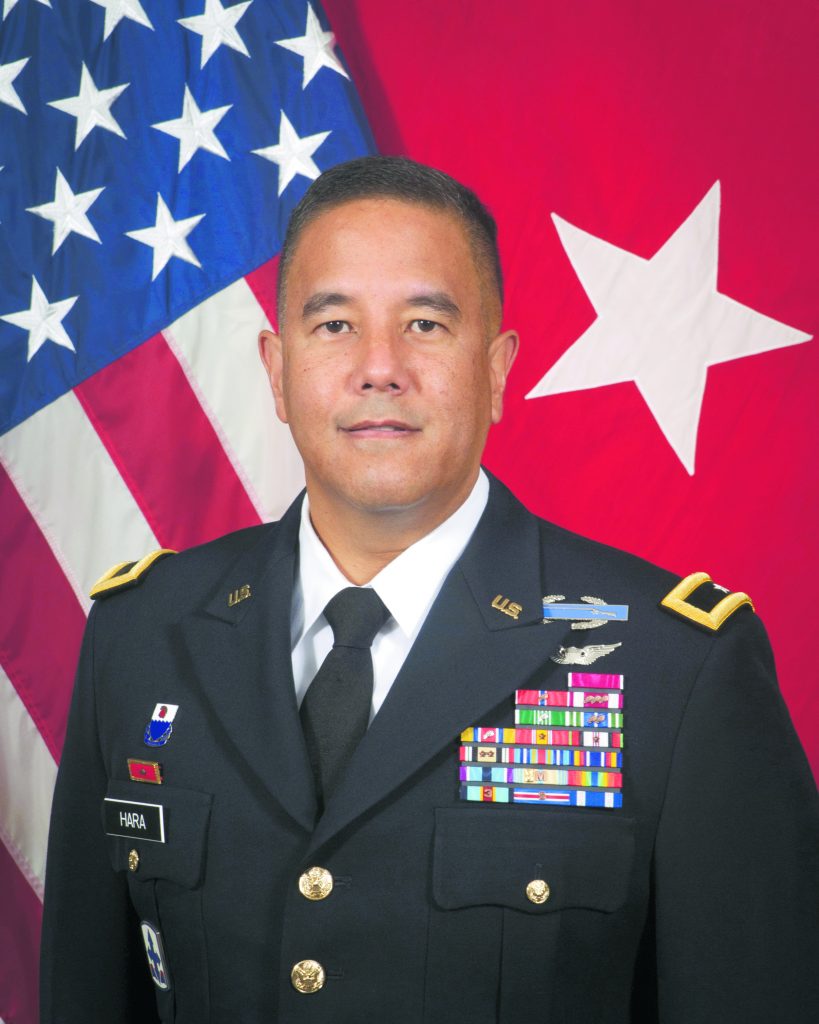 Gov. David Ige has appointed Brig. Gen. Kenneth S. Hara as the state’s new adjutant general, effective Dec. 6. He will succeed Maj. Gen. Arthur “Joe” Logan, who will retire from the post at the end of the year. Ige thanked Gen. Logan for his leadership and service to Hawai‘i.

Ige said Hara has been an “indispensable” member of the state’s Department of Defense command team. “I have every confidence in his abilities to lead this critical department,” Ige said. “I have asked him to focus on building and maintaining resilience in our communities so we are better prepared to withstand and respond to unexpected events.”

Hara said he was honored that the governor had selected him as Hawai‘i’s next adjutant general. “I look forward to working with the Senate during the confirmation process,” Hara said.

Gen. Hara has been Hawai‘i’s deputy adjutant general since January of this year. He has also served as assistant adjutant general–Army since January 2018 and, since February 2018, held dual roles as deputy chief of staff, Army National Guard, Operations, G3, Eighth United States Army Korea. Additionally, he has served as chief of the Joint Staff for the Hawaiʻi National Guard with responsibility for day-to-day operations. Prior to that, Hara served as commander of the 29th Infantry Brigade Combat Team, Hawaiʻi Army National Guard.

Gen. Hara served in command positions during his deployments to Iraq, Kuwait and Afghanistan. In addition to his federal mobilizations, he served on several state missions in support of local authorities.

Hara earned his bachelor’s degree in human services from Hawai‘i Pacific University and also holds a master’s of strategic studies from the U.S. Army War College.

Earlier in the month, Ige promoted Col. Roy J. Macaraeg to brigadier general in a ceremony at Washington Place. He administered the oath of office to Macaraeg, who, in the documented history of the Hawaiʻi Army National Guard, is believed to be the first Filipino American soldier to attain the rank of general officer.

Macaraeg enlisted in the Hawai‘i Army National Guard in 1990. He was commissioned as a field artillery officer in 1996 after graduating as a distinguished honor graduate from the Hawai‘i Military Academy, Officer Candidate School. Macaraeg, who served deployments to Iraq, Kuwait and Kosovo, has held various positions, including posts at the Pentagon.