Who would have imagined, asked Dr. Jon Matsuoka, that when Shimeji Kanazawa and Rose Nakamura cooked up the idea for Project Dana in the kitchen of the Moiliili Hongwanji Mission, that 30 years later, the organization would be serving 1,200 elders in Hawai‘i thanks to the efforts of 1,000 volunteers and 29 different organizations?

But that’s exactly what was being celebrated on Sept. 28 at Dole Cannery’s Pömaika‘i Ballroom in Iwilei. Matsuoka, former dean of the University of Hawai‘i’s School of Social Work and a member of Project Dana’s advisory council, served as the event’s emcee.

Since 1989, Project Dana has been providing “a variety of support to the frail elderly, disabled persons and family caregivers, contributing toward their well-being, enabling them to enjoy continued independence with dignity in the environment of their choice,” according to the organization’s mission statement. The Sanskrit word “Dana” (pronounced “DAH-nah”) is a Buddhist principle meaning “selfless giving of time and energy providing compassion and care without the desire for recognition or expression of appreciation.” 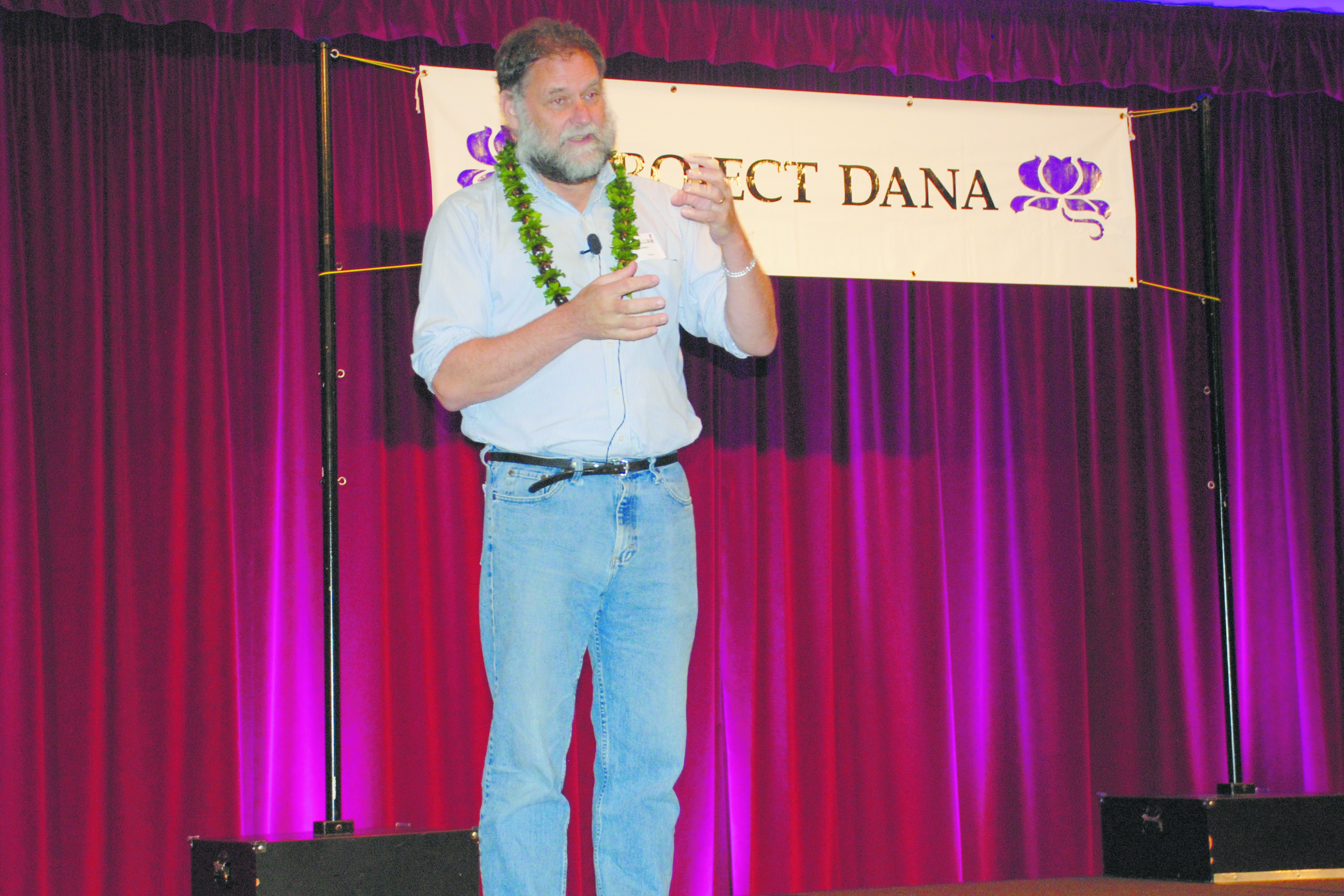 The organization operates out of a modest one-story house in Mö‘ili‘ili that was gifted to the Moiliili Hongwanji Mission by a beneficiary of Project Dana’s services. Project Dana is an interfaith project of the Honpa Hongwanji Mission of Hawaii with a network of churches and temples on O‘ahu, Maui and Hawai‘i Island. It has become an international model of a grassroots interfaith volunteer caregivers program. People from outside the state, including Japan (which has the highest percentage of older adults in the world), have come to Hawai‘i to learn from the exemplary and award-winning program.

When Rose Nakamura retired as its founding administrator in 2017, the torch was passed to longtime staff member Cyndi Osajima, the current executive director. Matsuoka described Osajima as bringing “the same kind of energy and spirit to Project Dana” as did its founders.

The celebration was primarily an opportunity to honor and thank the volunteers who support elders with a wide range of services, including transportation to medical appointments, grocery shopping and religious services; friendly visits; respite services; telephone visits; home safety assessment and education and caregiver support groups.

The Rev. David Baumgart Turner of the Church of the Crossroads delivered the invocation, describing the volunteers as bringers of peace, joy and wonder. Turner reflected on the typical daily weather patterns at Mokulë‘ia Beach on O‘ahu’s North Shore, where it starts out peaceful in the morning, but becomes choppy as the winds begin picking up during the day. As evening comes, however, the ocean calms down once again. He said daily life, too, can become discombobulated and rough at times.

Osajima said she was inspired by the advice of the Rev. Yoshiaki Fujitani, former bishop of the Honpa Hongwanji Mission of Hawaii. He encouraged people to “spread an attitude of gratitude” around. Osajima encouraged the several hundred attendees at the event to get to know each other and find out about their relationship to Project Dana. Current Hongwanji Bishop Eric Matsumoto said the organization’s work is not just charity, but altruistic work, as well. He introduced four guests from Japan who presented Project Dana a congratulatory envelope along with their best wishes for its continued success.

Dr. Thomas, a geriatric physician, author and teacher, told the audience that he did not start his medical career intending to work with older adults. He had originally planned on becoming an emergency room physician, but was recruited as the part-time director of a nursing home, a position he reluctantly accepted to get a break from his emergency room responsibilities. He said the experience changed his life and that his older patients began teaching him what it really meant to be a physician.

Thomas’ relationship with elders began in his childhood. He grew up in a small Appalachian community that he described as somewhat of an island. He was always in close physical proximity to his relatives, including his grandparents and other elders. This close-knit community had existed there for about two centuries and its members were accustomed to supporting each other. He said grandparents were particularly important and played a role in families that was different from parents. Grandparents and older adults not only contributed their wisdom to families — they provided emotional support to younger family members that made them feel loved and resilient.

“I didn’t think of them as older relatives,” he said. “They were just family.”

Thomas said he was the first person in his community in 200 years to attend college. He graduated from Harvard Medical School, which he followed with long hours working in an emergency room. “In a moment of weakness,” as he described it, he accepted the medical director position at the nursing home. What he didn’t count on was falling in love with the nursing home elders and those who worked with them, Thomas said. He said he learned a lot from the elders with whom he worked. 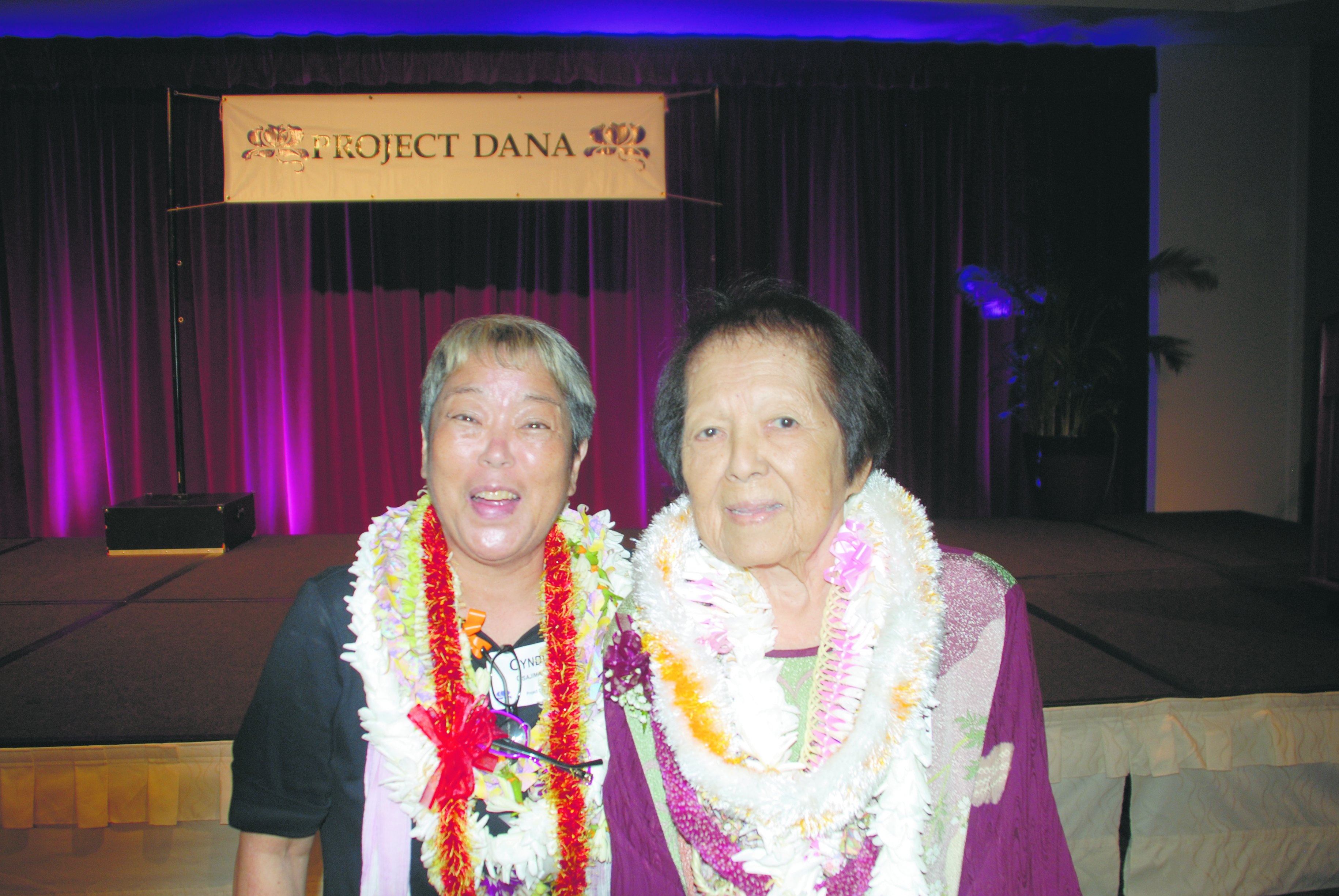 “They teach us in so many ways,” he said of the elders. He spoke of one patient in particular who impacted him for life. He went to see her because she had a rash, but while examining the rash, she revealed something else.

“I’m so lonely,” she said. Thomas was not prepared to treat that, so he fell back on his medical training and responded by writing her a prescription for a rash medication.

His experience with the resident and his reflection on their encounter transformed him. He realized that there were certain diseases and conditions that he would not be able to cure, but he — and society, in general — could address the “plagues” of loneliness, helplessness and boredom that have engulfed the lives of so many elders in the modern world. He began to think of ways to change nursing home culture. That deep reflection became the foundation for his groundbreaking movement called “The Eden Alternative.” The name invokes images of a garden.

The Eden Alternative promotes an eldercare model that transforms facility-type institutions into more home-like environments. Access to companionship, variety and the opportunity to both give and receive help are keys to that transformation, Thomas said. The Eden Alternative philosophy values laughter, gardens, pets, growth and children in eldercare settings. The movement has gained international traction and attention since the 1990s and has led to a culture change in the way eldercare is conceptualized.

It also assumes that older adults still have the desire and capacity to contribute during their “elderhood.” Just as grandparents nurture and hold families together and show their love for the young, elders can do the same for society by sharing their wisdom, teaching good values to the younger generation and continuing to be of assistance whenever they can. They can also pass on stories from the past so those stories are not lost.

“I had grandparents who taught me how to behave, how to conduct myself in the world,” Thomas said. He has traveled the world, promoting the Eden Alternative so that elders can enjoy a sense of well-being and meaning, regardless of their functional abilities and where they live.

Describing elderhood as a period in life that follows childhood and adulthood, Thomas said it can be a time for people to think less about what they have to do and more about what they want to do. He described elders whom he felt were the happiest and most well-adjusted as feeling a sense of gratitude and wanting to serve others, even when they themselves have health problems.

Thomas described Project Dana as a “happiness engine” because of the mutual satisfaction its volunteers and frail elders feel when they both give and receive compassion.

He shared an acronym that he wanted everyone at the anniversary celebration to remember and take home with them: M-E-S-H — M is for Move, E is for Eat, S is for Sleep and H is for Heal. Briefly, he explained that moving is more important in old age than ever. Elders also need to make sure they are getting enough protein in their diets to stop muscle from wasting away (a condition known as sarcopenia). He recommended eating a variety of foods — not too much, and mostly plants. They also need to get sleep, although elder sleep may be very different from a typical teenager’s sleep patterns. Elders may not have long stretches of good-quality sleep, but rather smaller increments of good sleep. During those quiet moments of wakefulness in the early morning, he suggested that they reflect on what they have to be grateful for as a kind of meditation.

Healing is not the same as curing, he said. “Healing is looking forward,” Thomas said. Healing is the ability to accept your “new normal,” which good doctors, nurses, therapists and others can help you find.

He also said to surrender the illusion of immortality, because the odds of dying [eventually] is still 100 percent, as it has always been. You don’t have to fix everything that’s wrong in the world. But do what you can. “We’re born into a broken world, and we leave a broken world,” he said. Do the best you can to repair that world while you are alive.

Project Dana has spread Thomas’ Eden at Home philosophy through workshops across the state since 2008, training over 800 family caregivers, volunteers, state and county officers on aging, and staff from private and public agencies and faith-based organizations.

As the anniversary event came to an end, the audience was treated to a lively dance performance by the Project Dana Dancers, many of them elders themselves with big smiles on their faces and a joyful skip to their step. Then the Happy Strummers arrived with their ‘ukulele to play and sing, “Do You Really Care?” and “Dana Rainbow,” which were written by Cecelia Lindo and Mitsuyo Saito for Project Dana’s 15th anniversary.

The final lines of “Dana Rainbow” succinctly captured the spirit of Project Dana as the organization advances into the future, building on the foundations laid over the past three decades: “Our Dana Rainbow engulfed in The Light. Radiating and sharing boundless compassion. Uplifting the needy with tender loving care.”

The event concluded with the singing of “Hawai‘i Aloha,” led by kumu hula (hula teacher) Lehua Matsuoka. Everyone joined hands and sang the words of this familiar and renowned Hawaiian song together. The words were sung with emotion and passion, especially the “‘Oli ë! ‘Oli ë!” (“Rejoice! Rejoice!”) And rejoice they did, as the gathering dispersed and the people exited the room, looking ahead to continue Project Dana’s mission of selfless giving long into the future. 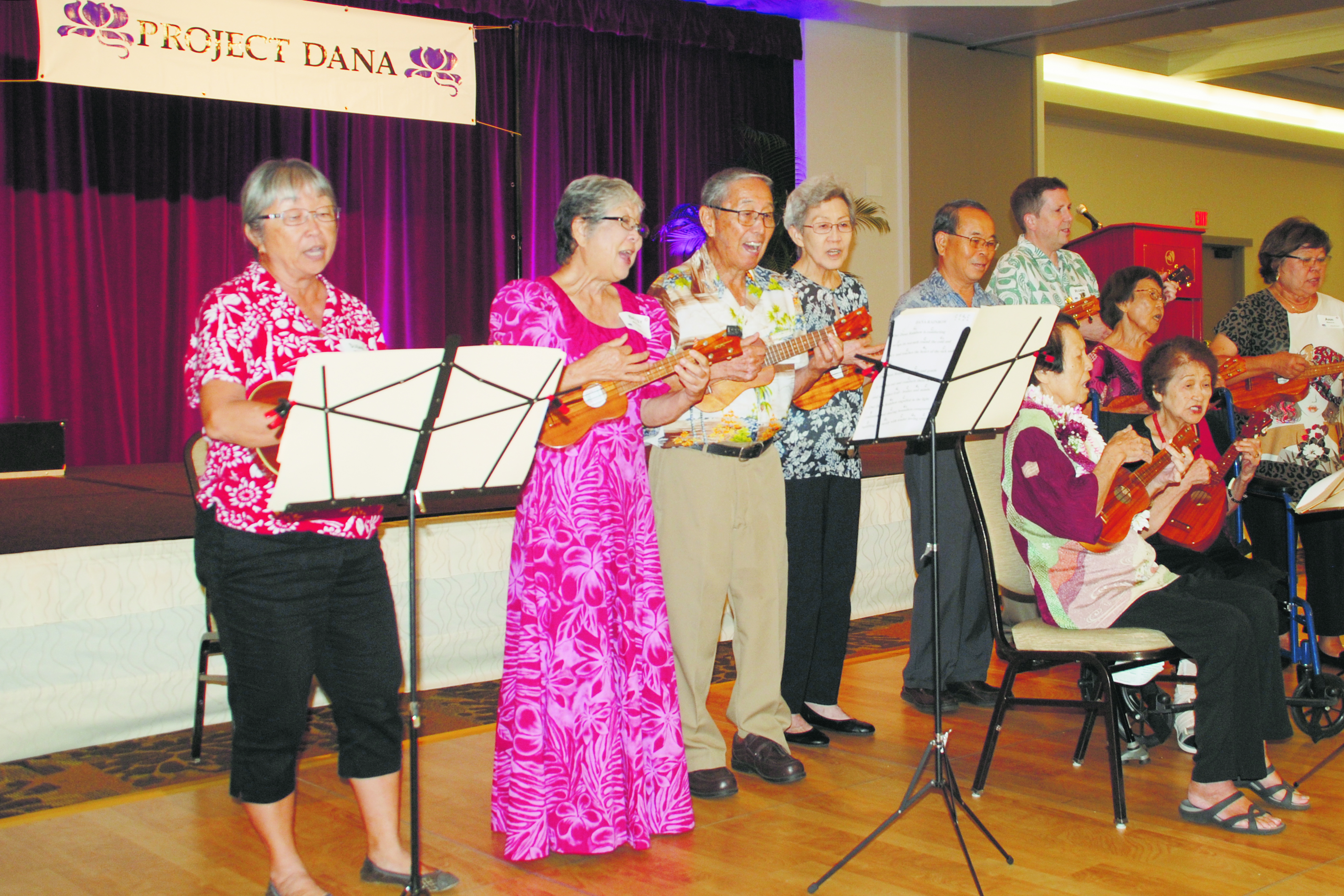 Kevin Y. Kawamoto is a longtime contributor to The Hawai‘i Herald.