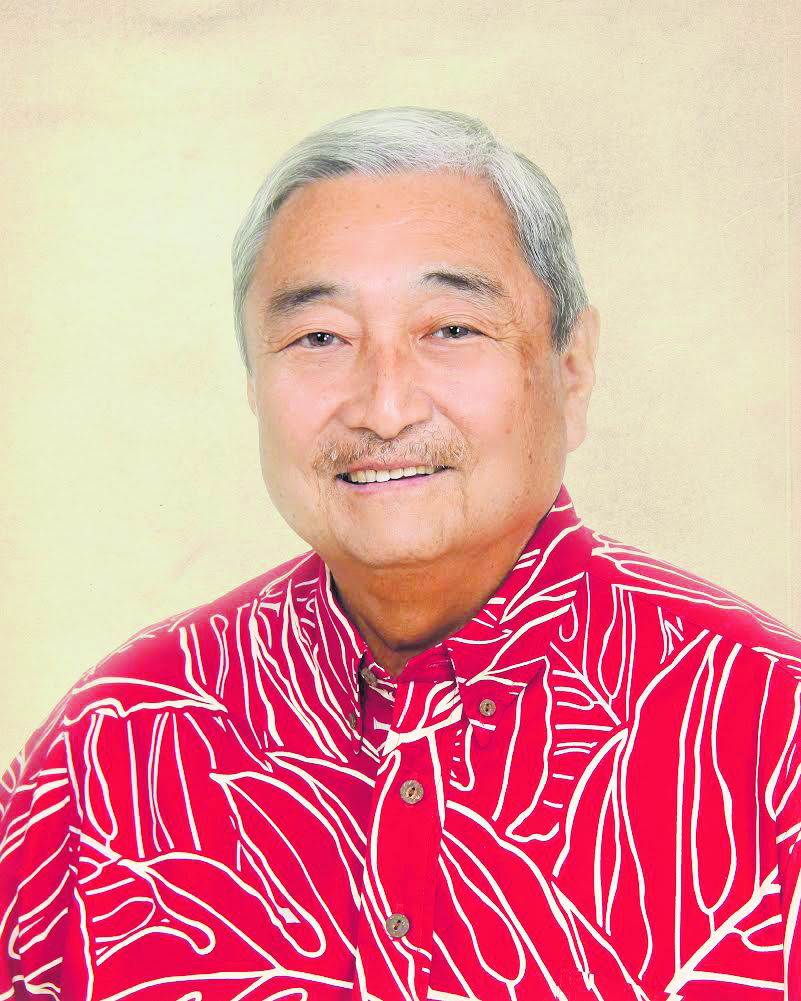 I don’t think I’ll ever be able to eat another hotel banquet salad without remembering fondly the happy face of KTA Super Stores chairman and CEO Barry Taniguchi enjoying his dinner salad . . . with a pair of hashi (chopsticks), instead of a fork. That is an image I will not see again in this life following Barry’s passing on Sept. 27 at the too-young age of 72.

Some years back, Barry used to invite the Hawai‘i team that worked on the Japanese American National Museum’s traveling exhibition, “From Bentö to Mixed Plate: Americans of Japanese Ancestry in Multicultural Hawai‘i” — curator (and former Hawai‘i Herald editor) Arnold Hiura, JANM’s Hawai‘i Office manager Rene’ Tomita, exhibit designer/fabricator Stephan Doi and myself (publicist) — to join the table he had purchased at fundraising dinners in Honolulu for various nonprofits. He was always a gracious and good-fun host. Barry would always ask the server for hashi to eat his salad. Fortunately, the server offered us hashi, too. It was so much easier eating our salad with chopsticks — and sometimes even the main course! Thank you, Barry!

Most of us got to know Barry after he agreed to co-chair “Bentö’s” Big Island Advisory Committee with retired educator Elaine Sugai to prepare for the exhibit’s showing at the Lyman House Museum in Hilo in early 2000. We were lucky to have Barry and Elaine steering the project in Hilo. Barry offered the use of KTA’s mezzanine meeting room for advisory committee meetings. He was involved and hands-on, but never overbearing. He offered good suggestions and asked pertinent questions. His mind and heart were present at every meeting.

Despite their busy schedules — Barry was KTA’s president back then — they both put their heart and soul into the project. Their friendship with all of us outlasted “Bentö’s” run at Lyman Museum.

Hashi aside, Hawai‘i lost one of its best and most precious citizens with Barry’s passing. Media reports have lauded him as a philanthropist and an outstanding business and community leader. He was all of that and much, much more.

Barry never took for granted KTA’s rich history, which dates back to 1916, when his grandparents, Koichi and Taniyo Taniguchi, opened their small mom-and-pop store, K. Taniguchi Shoten, in Hilo. He understood the give-and-take relationship between his family’s business and the community it served.

My late Uncle Chuck Yogi, who managed several Times Super Markets on O‘ahu before retiring to his childhood home of Mountain View on the Big Island, grew up with Taniguchi Store. Uncle Chuck knew the difference between good service and bad, and he knew the difference between treating shoppers as “just a customer” and as “a valued friend.” Uncle said KTA’s managers and front-line workers always saw their customers as neighbors and friends and extended family.

But I don’t think a successful business was all that motivated Barry. He was a devout Jodo Shinshu Buddhist who lived every day of his life “in gassho” — the Buddhist term for “gratitude.” He was grateful for all that life had given him and his family and he gave back to his KTA ‘ohana and his community — not just the Big Island, but our entire state — tenfold and more. It is a state of heart and mind that he instilled in his son, Toby, current president and chief operating officer, who will carry on and take KTA into its future.

In 2016, I recalled in a “Dialogue” for our Big Island edition how Barry came to mind when the Rev. Yoshiaki Fujitani, former bishop of the Honpa Hongwanji Mission of Hawaii, shared his favorite thought by former Bishop Shojitsu Ohara: “Only when I have time I look at the mountain, but even when I’m occupied, the mountain is always looking at me.”

Barry didn’t do good because he knew that people were watching him. He was good to people all the time because that’s who he was.

I last saw Barry and his wife Sandy in early July at the Celebration of Life of a mutual relative. I was happy to see them. We sat together and caught up on life. I never thought his life would end so soon after that.

As I grow older, I find myself reflecting back on friendships formed long ago that I never thought would last beyond our work on a specific project. In Barry’s case, it was “Bentö” 20 years ago that brought all of us together. And yet, that friendship endured. For that, I am so, so grateful.