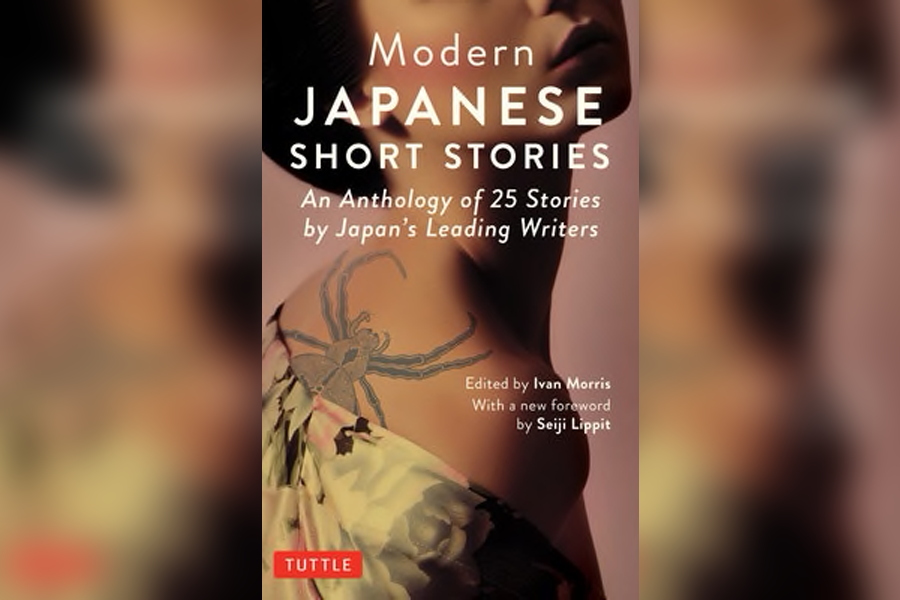 In 1962, Charles Tuttle of Tökyö published a remarkable anthology of Japanese short fiction that quickly became a much-beloved classic around the world. Edited by Ivan Morris of Columbia University, “Modern Japanese Short Stories” spotlighted 25 20th-century authors whose writing had blossomed between 1910 and 1954. Morris had already done pioneering work translating the novels of Yukio Mishima and Shohei Ooka, but it would be this collection of contemporary prose that would cement his literary reputation.

For the English-speaking audience, “Modern Japanese Short Stories” served as a much-appreciated portal down the rabbit hole of Japanese literary tradition. The secrets of the book’s success are obvious. The translations of the stories are consistently simple and clear, and the choice of the fiction presented is widespread and eclectic. Make no mistake, Morris showcases the usual suspects of literary lions, such as Ryunosuke Akutagawa, Yasunari Kawabata and Yukio Mishima, but more obscure artists such as Einosuke Ito and Tatsuo Nagai are also included in his collection.

Consequently, readers are treated to a wide spectrum of dynamic Japanese literary styles that range from naturalism to romanticism to historical fiction. What becomes self-evident is the surprising variety and range of modern Japanese literature in its many iterations and incarnations. Morrisʻ work makes it impossible to reduce the totality of contemporary Japanese writing down to one style as other anthologies have tried to do.

To focus on the different literary trends of modern Japanese literature, however, is to miss the individual trees because of the forest. Each of the writers chosen by Morris imposes his own personality and creativity on the literary school that he inhabits. Rather than being constrained by the rules of popular taste, they redefine the limits of their art, producing fiction that is original and revolutionary for its time. Here is the worldliness of Ogai Mori, the fatalism of Shusei Tokuda and the darkness of Junichiro Tanizaki. Some of the stories end abruptly, appearing more like stillborn sketches rather than fully formed landscapes; others conform to more traditional literary rules. But they all arrive at their ultimate destinations in their own fashion.

As much as “Modern Japanese Short Stories” succeeds as a work of art, it is also an historical map of the evolution of contemporary Japanese prose as it emerged out of the Meiji Restoration. Prior to the arrival of Commodore Matthew Perry in 1853, the Japanese considered poetry to be superior to prose in their literary hierarchy. With the consequent changing of popular tastes, the short story became the rising star of contemporary fiction in modern Japan. Laid out chronologically in the order in which they were published, Morrisʻ stories capture the spirit of the mad rush to westernize that overwhelmed traditional Japanese culture. Architecture, language, religion and law would be among the first to feel the shift. But while Japanese literature was among the last to change, the speed and breadth of its transformation would be breathtaking and profound.

Admittedly, classical Japanese literature had grown lackluster and predictable, dominated by clunky love trysts and wooden family dramas. So it was little surprise that the stiltedness of the writing would inevitably make it even more vulnerable to outside forces as Japanese literature broke with the past by the start of the new century. At first, Japanese writers mimicked the European models of Zola and Maupassant, creating artificial plots and characters that were ill-fitting and mawkish. But the talent and originality of the younger writers soon came to the forefront, dismantling all the hoary traditions of the past. Morrisʻ collection captures this imperfect transition as it documents the best of this bold foray into a brave new world.

At the core of “Modern Japanese Short Stories” is the siren call of naturalism, which enraptured many prominent writers in the new century. It featured the author as an objective observer witnessing the foibles of human nature with a distant and disinterested eye. But Morris also includes the insularity of the confessional style, which pushes back against naturalism and focuses on the subjectivity of the author. While World War I had little impact on modern Japanese literature, the postwar inflation, unemployment, and the radical political climate it created gave rise to the growing popularity of socialism and communism, which significantly influenced Japanese writers. This infatuation with the left is also included in Morrisʻ anthology as what became known as proletarian writing captivated more than a few Japanese literati.

Ultimately, it would take Japan’s defeat in World War II to reimagine Japanese prose as basic civil freedoms were restored. Ultimately, Morrisʻ collection of stories captures this euphoric breakthrough of the human spirit as liberalism gradually replaced militarism and nationalism after 1945. In postwar Japan, writers could now criticize long-revered cultural totems, and Morrisʻ anthology inherently embraces the idealism, anarchy and passion that poured into the streets as this new day dawned.

“Modern Japanese Short Stories” is a moveable feast of the richness, complexity, and depth of a land that is all too often reduced to clumsy stereotypes and broad brush strokes. For readers who hunger for more, it is a rare jewel that continues to bedazzle despite the unrelenting passage of time and tide.