My earliest exposure to sake was memorable though not very pleasurable. You see, the Tatsumoto clan always hosted a New Year’s Eve party for my mom’s co-workers from Kahalu‘u Elementary School, Dad’s University of Hawai‘i football tailgate crew and other friends and family.

On New Year’s, Ojïchan always insisted we all take a shot of sake at the stroke of midnight. The sake was heated in that gold anodized aluminum teapot that I’m sure most Japanese families kept on their stovetop. I suspect the sake was from that bottle Mom kept in the pantry since “who-knows-when” and heated to a temperature just below the sun’s surface. By taking a shot of scalding, insipid sake we warded off any illness in the New Year. This is why I never revisited sake as a beverage again until I was well into adulthood.

Back in the 70s, sake was only found on the bottom shelf in gallon-sized bottles at the supermarket, usually marketed to consumers born in the “Motherland.” Now it has a worthier place alongside Western wine. Just visit Marukai Wholesale Mart and you’ll see that their sake section is larger than the beer section. Or visit The Sake Shop in Kaka‘ako where Nadine and Malcolm Leong operate Hawai‘i’s first sake specialty shop. Even on the wine list for any restaurant serving Asian or Pacific Rim cuisine, you’ll invariably find a generous selection of sake on their menu.

The Basics of Sake Production

For brevity’s sake (pun intended), I’ll oversimplify sake production. Short grain rice is first milled or polished to remove the outer coating containing bran residue, cereal germ, fat and protein to obtain a granule that’s mostly starch with a little protein. The rice is steamed then inoculated with a koji starter consisting primarily of Aspergillus mold to break down the starch to simple sugars and proteins to amino acids. More koji starter is eventually added then more rice, yeast and water forming a mash or moromi with the yeast fermenting the sugars produced by the koji molds creating alcohol. The fermented mash is then filtered then bottled as finished sake. Sometimes distiller’s grain alcohol is added before filtering to extract more flavor compounds. At other times, the mixture is filtered without any additional distiller’s alcohol. Often the mixture is completely filtered producing clear sake, and sometimes it’s lightly filtered producing cloudy sake. And the finished sake is usually pasteurized, once or twice or sometimes there’s no pasteurization creating a nama sake. 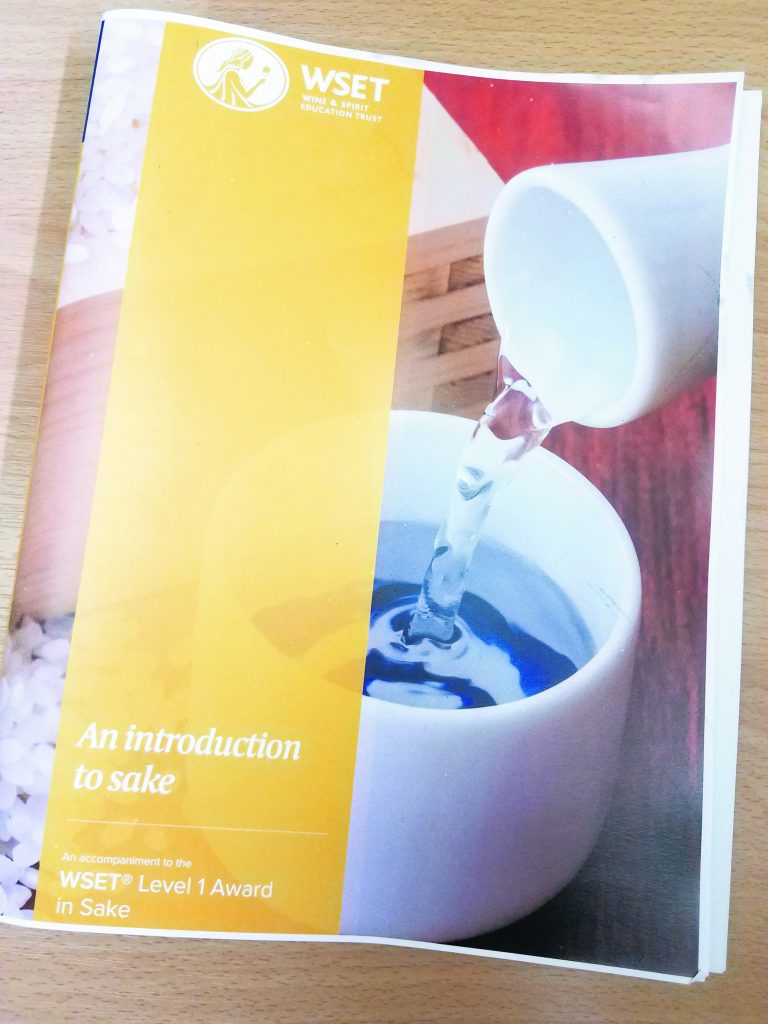 For starters, while you’ll still find the usual supermarket brands of sake like Sho Chiku Bai and Kiku Masamune readily available, most of the sake sold at specialty or wine stores are considered premium sake (accounting for about 25percent of sake produced). The first of three basic varieties is the most refined – daiginjo where at least 50 percent of the outer coating of the rice granule must be polished off leaving just the inner primary starch core.

There are daiginjo sake that have granules polished down to about 20 percent of their initial size and these sake usually have an elegant, floral bouquet and are very refined on the palate.

Just below daiginjo are the ginjo sake that are required to have at least 40 percent of the outer coating polished off. However, you’ll find ginjo sake that exceed the minimum standards and legally could be classified as daiginjo sake.

Finally, rice that has been polished at least 30 percent is classified as junmai. These sake usually have the most umami qualities as most of the protein in rice is found in the outer layers, and the koji starter converts these proteins to amino acids, namely alanine, arginine, glutamic acid and aspartic acid. Yes, that same glutamic acid that’s in monosodium glutamate or the chemically created umami. Because of the pronounced umami qualities, I find that while junmai sake isn’t considered as refined as daiginjo or ginjo sake, they pair with the widest assortment of foods from seafood to beef and pork to vegetables and even strong cheeses. 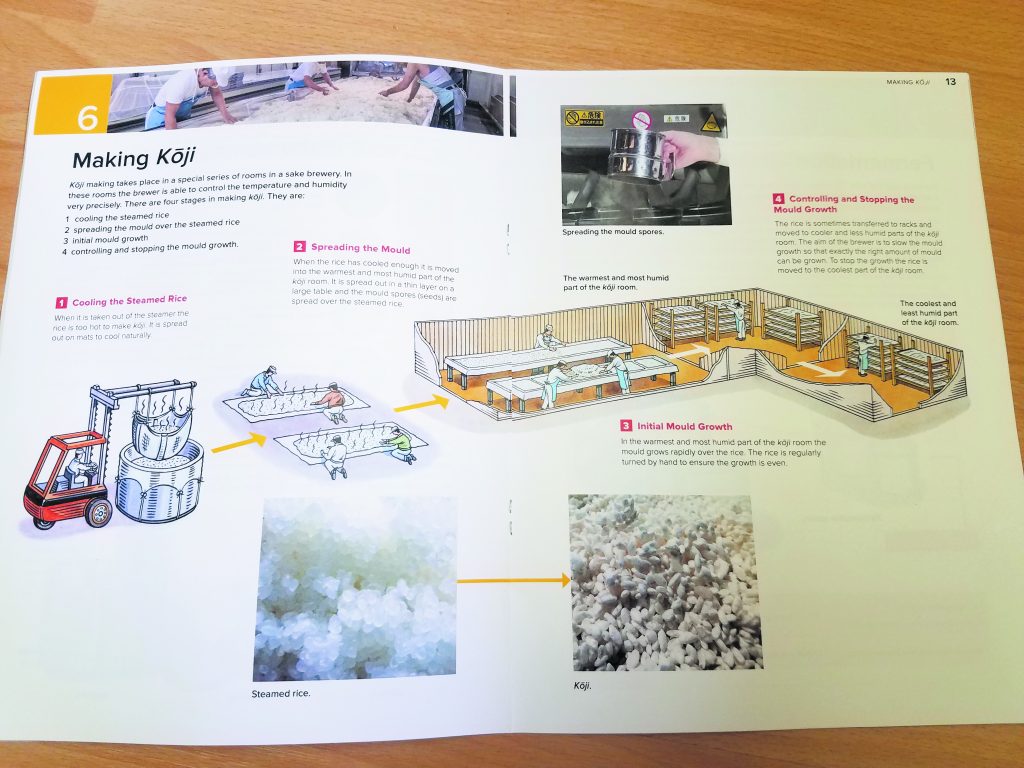 For those who consider themselves “sake nerds” and are interested in formal education, the Wine & Spirit Education Trust or WSET, an organization based in England, offers formal education in wine, spirits and sake with network providers in more than 70 countries including the 50th. Therefore, I recently enrolled in the Level 1 class taught by Young’s Fish Market sake educator Victor Huynh in collaboration with The Sake Shop.

This half-day session went over the basic production of sake, different sake classifications and their Systematic Approach to Tasting® sake. This included samplings of several different styles of sake and concluded with a 30 question multiple-choice examination. If you achieve at least a 70 percent score, you receive a diploma of your achievement along with a lapel pin noting your Level 1 status in sake. 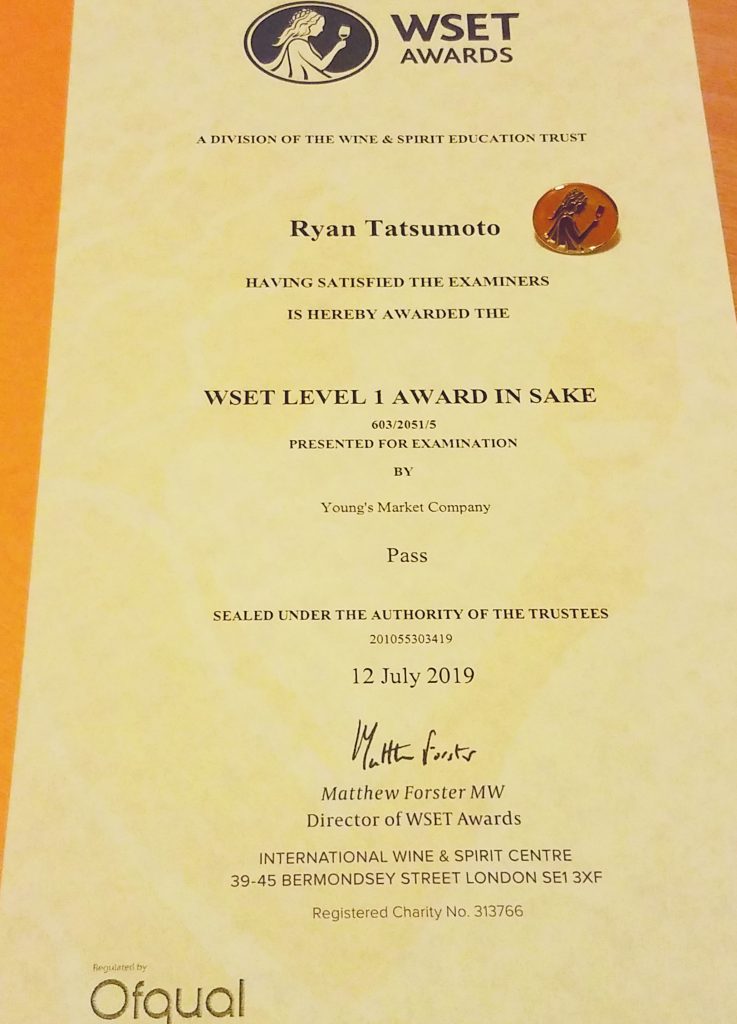 Already planned to take the next Level 3, which originally was slated for August but since then was scheduled for Sept. 17-19. Since it is the Level 3 class, the written exam includes multiple-choice and short essay questions, and a blind tasting of two types of sake. Unfortunately, the day job called and said “nope, you can’t take off of work on those days” so I’ll have to wait until it’s offered again.

Run by husband-and-wife-team, Malcolm and Nadine Leong, The Sake Shop is on Cooke Street (between Hawaii Blueprint and Designer Body), which relocated from their previous King Street location. The new location is a lot larger and has a room dedicated to WSET Level 1 classes or private tastings. The Sake Shop stocks the largest selection of sake in the state, all properly stored in refrigerated units.

If you can’t find a specific bottle of sake anywhere, Nadine or Malcolm might be able to special order it for you; I asked about a bottle of Watari Bune that I purchased over 10 years ago at Marukai but haven’t been able to find since then. Nadine made a couple of calls with the distributor and had an order piggy-backed on to a local restaurant’s order so I received my special order within a couple of weeks.

The Sake Shop also hosts free sake tastings about once a month on Saturdays and the cost of bottles that are sampled are usually reduced on those days. It’s a perfect way to sample before committing to a purchase! Remember two of the tenets of sake: Store chilled and drink young! Sake isn’t like western wine that’s meant for aging. So don’t hold on to your sake for that perfect special occasion somewhere in the distant future. Unless you’re like me, and every weekend is a special occasion as sake is meant for instant gratification!