On July 25, Kainosuke Ishii of Ginowan, Okinawa took fourth place in the master’s division at the Queen Lili‘uokani Keiki Hula Competition at the Neal S. Blaisedell Arena. It is the first time anyone from Okinawa has entered the Hawai‘i competition, although there have been participants from other parts of Japan. Kainosuke was also the only competitor outside of Hawai‘i to enter the masters’ solo division.

The eleven-year-old’s playful and energetic hula to the mele “Kamali‘i ‘Okinawa” — “Children of Okinawa” — impressed the judges and local audience. Prior to the competition on O‘ahu, he won first place in the masters’ division at Keiki Hula Japan held in Tokyo on March 16. 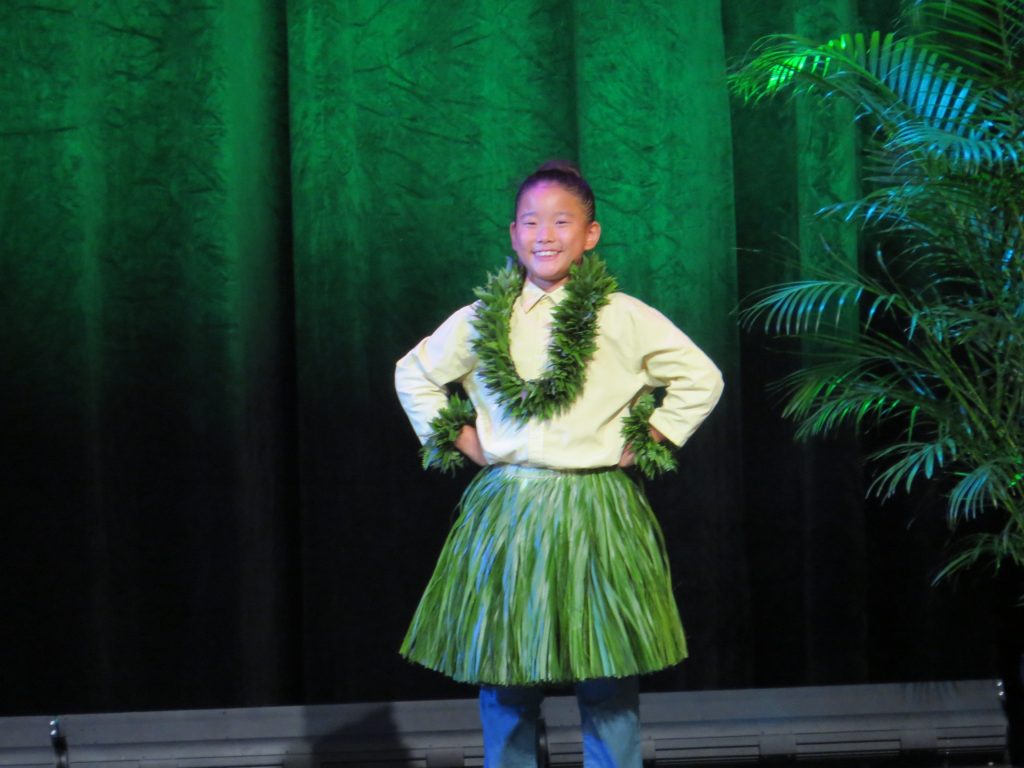 The Ginoza Sonjin Kai officers and advisors were Kainosuke’s cheering section on competition night at the Blaisedell Arena. At the end of his dance, he ran off the stage waving a “shaka” high above his head. Advisor and past president, Vince Watabu, cheered “Chibariyo!” which, in Okinawan, means, “Do your best!” or  “Geev ‘um!”

The Ginoza government contacted the club’s president, David Shinsato, to share the news of Kainosuke’s participation in the Keiki Hula Competition. Shinsato said he was proud that Kainosuke was born and raised in Ginoza Village and was excited for the competition.

Kainosuke’s mother and kumu hula, Yui Ishii, said their hula journey is about their love and appreciation for Okinawa and Hawai‘i.

“I wrote this mele for my son, Kainosuke, who was born and raised in Okinawa. Kainosuke’s roots are not [in] Okinawa. But, he grew up being helped by the people of the Okinawa – the beautiful and strong south island (of Japan),” said Yui, who sought some guidance from Shigeru Jimbo — a Hawaiian cultural practitioner and musician — for the song lyrics.

Yui has been teaching her son hula since he was 3 years old. For the past 19 years, she’s gone back and forth to learn hula from Kumu Cruz-Losano in Wai‘anae.

We interviewed Kainosuke and his mother while enjoying Hawaiian food (of course) at Highway Inn on Ala Moana Blvd., hosted by the Ginoza Sonjin Kai. It was dinnertime and they just got off the plane after meeting other cultural practitioners who gathered to protest the 30-foot telescope on Mauna Kea. When asked how it was, he said, “Samukatta (it was cold).”

Yui and Kainosuke were exhausted and hungry after waking up at 5 a.m. to head up to the mauna. But, he was still chatty and smiling and while talking story with the Ginoza Sonjin Kai members who showered him with many lei and omiyage bags filled with “local kine” snacks.

I was allowed to tag along and asked Kainosuke and his mom a few questions, which he answered between bites of kälua pig and lomilomi salmon. When asked what kind of kumu his mom is, he said she is very “kibishii (strict).”

“Mecha kowaii (really scary),” Yui chimed in laughing. For the competition, Kainosuke practiced daily, and “until he does it right,” said Yui.

Even with a “mecha-kowaii-kibishii” kumu-mom, he joyfully danced, in the competition, smiling from ear to ear.“I really want to show this hula in Hawai‘i for Okinawan immigrants. We would be happy if they are pleased with this mele,” she said.

Yui and Kainosuke represent a new generation that bridges cultures while honoring their ancestral roots. Congratulations Kainosuke on your achievement and mahalo for sharing the spirit of aloha and yuimaru through hula. Chibariyo!

See in the forests

Beat the Ryukyu drum
Eisa the traditional dance
The land of Okinawa is our pride
Never forget Ryukyu kingdom.

The precious gifts from our ancestors

A lot of pigs were sent here
The solid bond that crosses the border
(Dancer’s line: Agü pork are really delicious!)
Very grateful to Hawai‘i friends 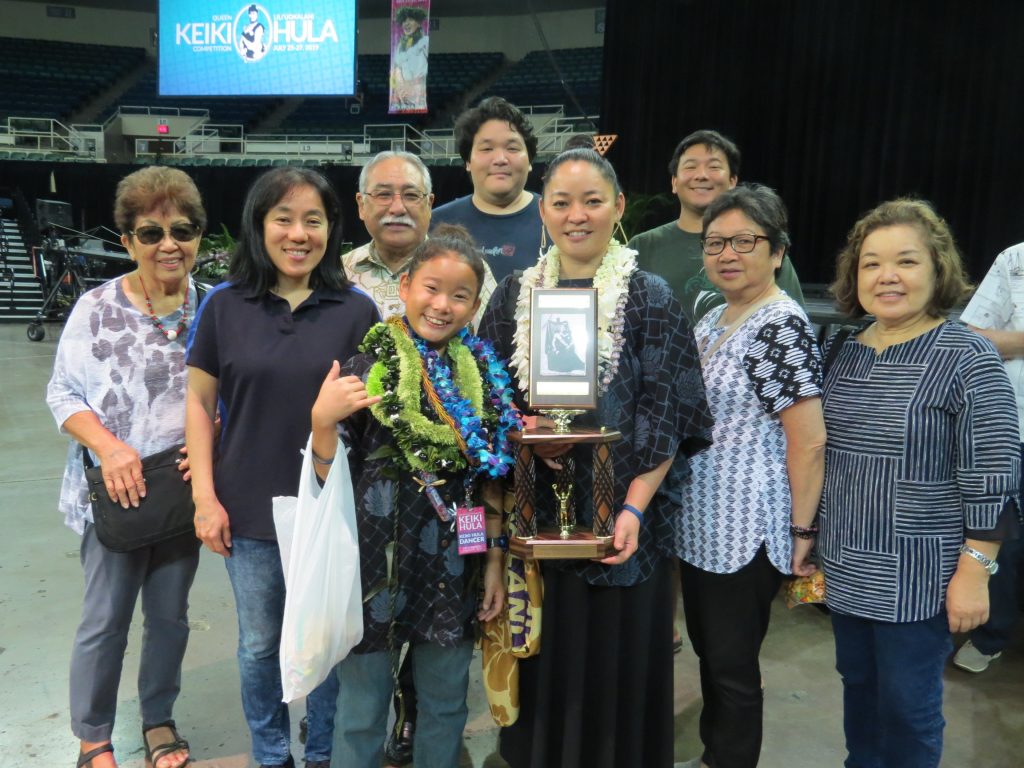