Students in the Kaimukï Middle School Symphonic Winds, directed by Susan Ochi-Onishi, performed to four standing ovations in the 28th annual Music for All National Festival in March in Indianapolis, Ind. The Music for All National Festival showcases America’s finest high school and middle school music ensembles and student musicians. It spotlights outstanding music-making and the importance of music education. Seventy-one concert bands, orchestras, choirs, percussion ensembles and chamber ensembles from across America were selected to perform at the festival.

Kaimukï Middle was one of only eight middle school bands selected nationwide to play in the festival and was the first middle school band from Hawai‘i to be invited to perform in the prestigious festival. The students performed at the Howard L. Schrott Center for the Arts on the campus of Butler University. The participants were selected through a recorded audition process that was evaluated by a panel of nationally recognized conductors and music educators. 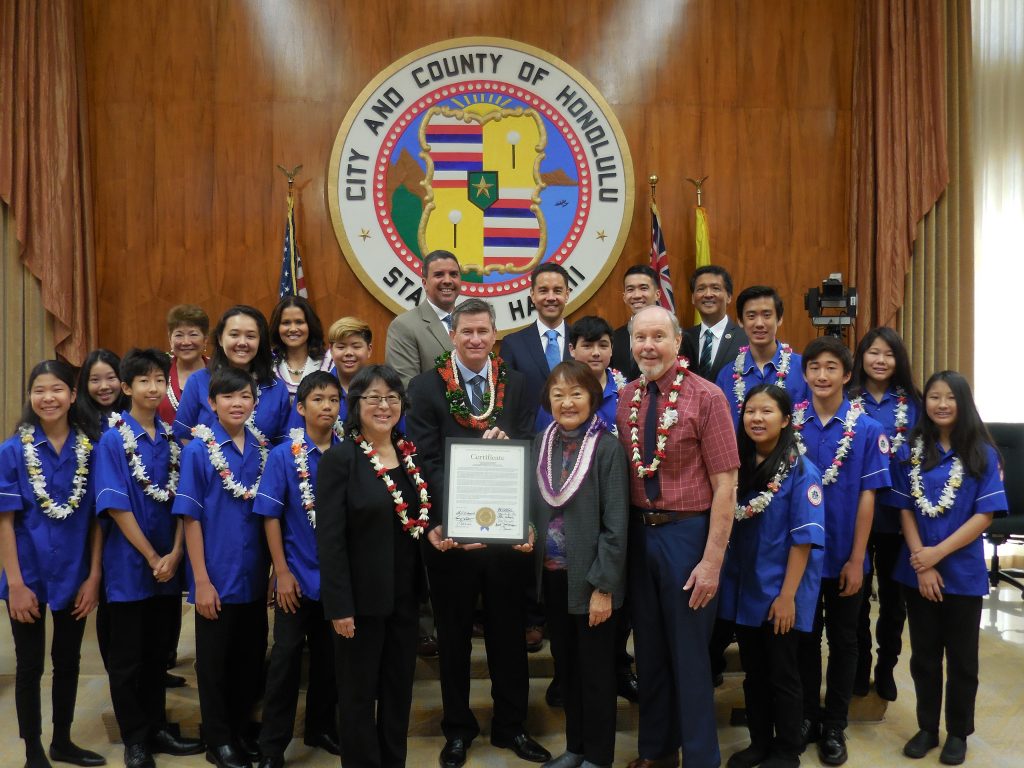 The students’ musical selections included “Cajun Folk Songs” by Frank Ticheli, “Ross Roy Overture for Band” by Jacob de Haan, “American Riversongs” by Pierre La Plante, and “The Fairest of the Fair” by John Philip Sousa and arranged by Andrew Balent. They received standing ovations after each musical piece they performed. Guest clinician Robert W. Smith congratulated and complimented the students, saying the level of their music pieces were at the high school and college levels in terms of difficulty. Despite that, he said the students performed well.

The accolades continued upon their return to Hawai‘i. The students and director Susan Ochi-Onishi were recognized by Gov. David Ige and Lt. Gov. Josh Green, Mayor Kirk Caldwell and the Honolulu City Council.