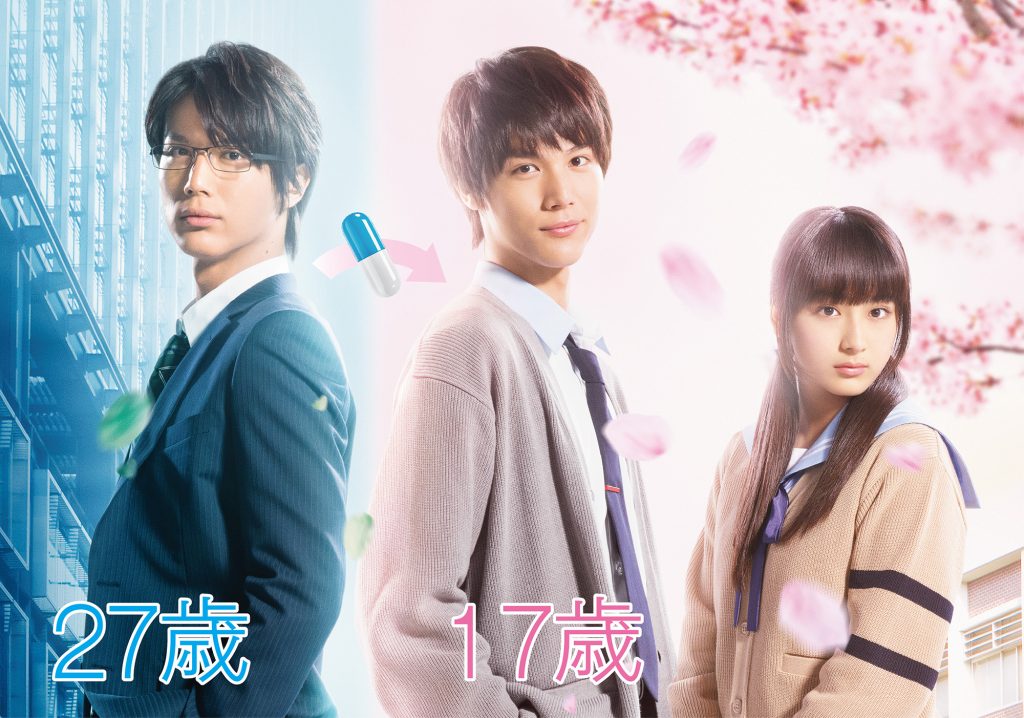 Miki lives in a small town in Fukuoka. After being betrayed by her friends, she no longer trusts people. The only thing that gave meaning in her life was music. Singing with her guitar, she shares videos on her social media account. One day, she receives a message from Naoto. Miki is wary, but Naoto’s heartfelt words ultimately give her the courage to perform on the streets of Tenjin. The two of them grow close without meeting in real life. Can a miraculous love story rise from music and social media? Fully subtitled in English.

A “bejeweled dead body” found happens to be a suspect of a robbery–murder case from ten years ago. “Memory” seems to be a key to solve the case. Oiwa and a female detective who boasts “the Metropolitan Police Department’s best memory,” challenge the mystery of the past and present cases.

What is the secret that a witness’s wife who has forgotten “the past” holds? Fully subtitled in English.

Keigo and Yugo play together in a park near their home. Their faces look exactly the same, but they are called “Mirror Twins” because Keigo is a right–hander, whilst Yugo is a left–hander, and they have different personalities. At sunset, Keigo asks Yugo to come home together, but Yugo says “No.” Keigo leaves Yugo at the park, and Yugo gets kidnapped. Keigo feels a deep sense of remorse for what happened at the park.

Twenty years later, an attempted murder takes place and Keigo investigates the case. The only evidence found at the crime scene is the same DNA as his. This makes Keigo to feel that Yugo is still alive and starting his revenge. Fully subtitled in English

The lobby clerk of a branch of Seventh Meiwa Bank solves the major incidents that occur in the city one after another! Mondo Takaga looks into the relationship between two incidents that occurred at the same time. The huge conspiracy, which eventually lurks behind it, will be revealed. Fully subtitled in English.

Twenty-seven-year-old Arata Kaizaki becomes unemployed after quitting his job after only five months. He meets a mysterious man named Ryo, who urges him to participate in an experimental social reintegration program called “ReLIFE” that enables him to rejuvenate his appearance by 10 years for a period of one year by taking an experimental drug. Arata reenters high school as a student, where he gradually forms a strong bond with a unique group of classmates but once the one-year experiment expires, he will be erased from their memory. What will the future hold for him after ReLIFE?

Young samurai Shuminosuke plots to take the life of his own father who betrayed a powerful lord.

A warrior oath sworn during the feudalistic Warring States period cruelly binds a man and his family to unimaginable abuses and continues through the generations to the present day.

Following the life of a master swordsman, Ryunosuke, whose ruthless ways and merciless killings leave behind an unsettled past which eventually catches up to him.

Kamiki is a professional fixer of jailbreak who lets prisoners escape for big money. He became a criminal at age 12 and in and out of prison; he has served for 48 years all together.

Ten years after the defeat by the Taira Clan, a young warrior Yoritomo resolves to revive his Minamoto Clan.

Young Lord Taihei, under the disguise of a ronin, goes to Edo to find the lost family treasure, a plover incense burner.

Oryu the Peony continues her quest to perfect her skills as professional gambler while leading a life in accordance with the moral code of the yakuza and helping those she encounters fight against injustice.

Tomiko and Shuzo have been married for 50 years. On the birthday of