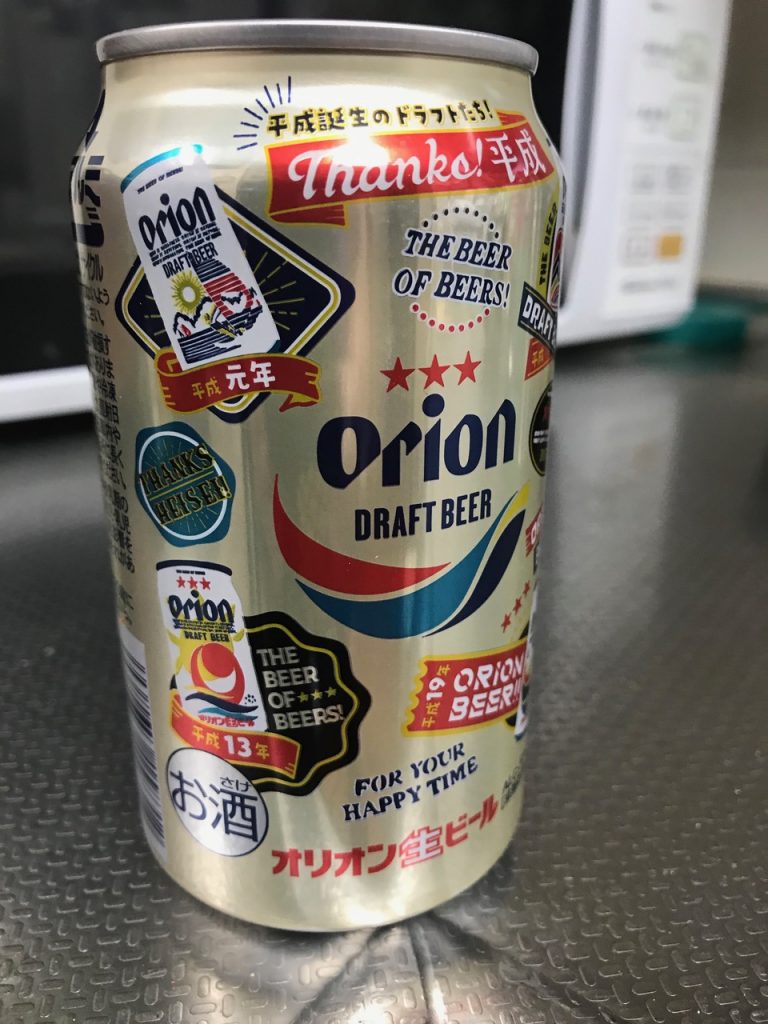 By the time you read this, Japan will have said “Sayonara” to Emperor Akihito and Empress Michiko and the Heisei Era and the country will be three days into the new Emperor Naruhito’s Reiwa Era.

I was fortunate to get a few special edition Orion Beer commemorative cans and thought you might want to take a look at Okinawa’s favorite beer. The can features the designs of all of the cans that Okinawa-made Orion Beer produced during the Heisei Era, which began Jan. 8, 1989, and ended earlier this week, on April 30.

Pretty cool, huh? And the same good stuff inside. Karii (kampai!) to the Reiwa Era!

A TASTE OF HOME

Some friends invited me to join them for lunch at a newly opened poke bowl restaurant up north in Onna-son, so I drove up to meet them. The restaurant is located right off of Hwy. 58, about a quarter-mile south of the Onna Sonyakuba (village office). Parking was tight in the front, with only enough room for two cars at the most. But there was more parking in the back.

Upon entering the restaurant, we were greeted by owner Koji Matsumora, whose roots are in Uruma-Shi (Uruma City). I was wearing my Tamashiro Market T-shirt, which immediately turned into a conversation piece about the famous Pälama seafood market owned by the Tamashiro ‘ohana. The company’s president, Cyrus Tamashiro, was president of the Hawaii United Okinawa Association in 2012. Koji said they were planning a vacation to Hawai‘i at the end of March, so I immediately texted Cyrus to tell him to expect a few visitors from Okinawa in a month. Besides talking about Hawai‘i Okinawans, I learned that Koji and Mimei previously lived in Hawai‘i for a year or so. Koji worked at a restaurant and Mimei worked for a wedding company.

My friends and I took turns ordering. I chose the regular-sized bowl (¥850, $7.25 USD) with white rice, ahi (tuna) and shoyu flavor, topped with round onions, green onions and goma (sesame seeds). The toppings were free. My friend James added avocado and crabmeat to his bowl for an extra charge. Koji also gave us a bowl of honey miso poke to taste.

After finishing our lunch and hanging out for a while to listen to the Jawaiian-style music that was playing, we snapped a picture with Koji in the front of the shop. I told him that I’d help spread the word about his new restaurant where I got a taste of home.

I was driving south on Hwy. 74 last month, heading toward Gate 3 of Kadena Air Base in the Shirakawa area of Okinawa-Shi. In all the years I’ve lived here, I’ve only referred to this area as “Gate 3” or “Chibana.” As I was driving, I happened across one of those double take scenes. There was an Okinawan man walking, not his dogs, but a bunch of goats — six of them to be exact. They weren’t on a leash or anything — just taking a stroll on the sidewalk with the man, who I guess was their owner. I assumed they were headed home to Kadena because the stretch from Gate 3 to Kadena’s Michi No Eki is all U.S. military base property so they had a good, long walk ahead of them.

It was an unusual sight, but I’ve done other double takes in the past, like the time I saw farmers in Yomitan walking their bulls . . . on a rope! 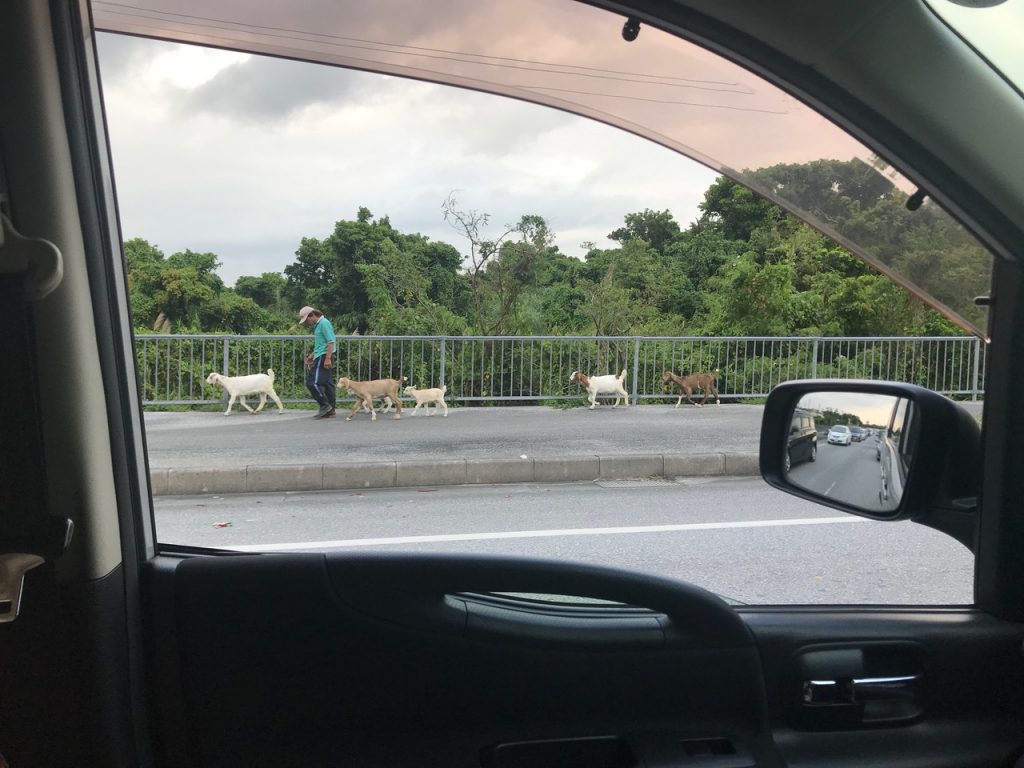 Colin Sewake is a keiki o ka ‘äina from Wahiawä, O‘ahu, who was assigned to Kadena Air Base in Okinawa in December 1994 to fulfill his U.S. Air Force ROTC commitment. He met his future wife, Keiko, within a month and decided to make Okinawa his permanent home. Colin retired from the Air Force and, recently from the Air Force Reserves.