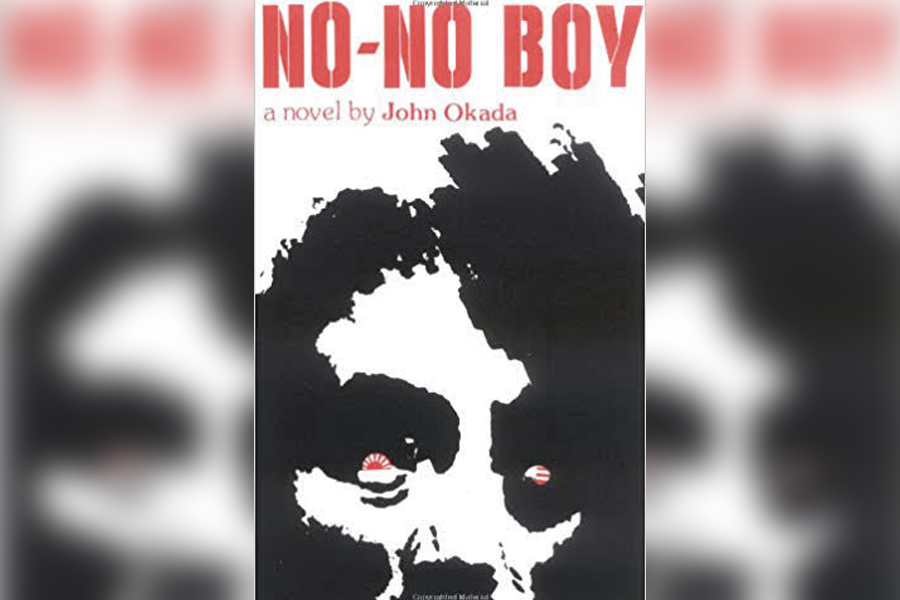 John Okada wrote only one novel in his lifetime, but that one book was so original, alive and breathtaking that its impact is still being felt among Asian American writers, artists and filmmakers today.

Published in 1957 by Charles Tuttle of Tökyö, “No-No Boy” went beyond easy stereotypes to present a fractured world that was nuanced, multilayered and heartbreakingly human. What heretofore passed for Asian American literature was largely limited to vanilla pap that only reinforced the misconception and misunderstanding of an entire race. “No-No Boy” left little of the previous literary niceties standing. After Okada, every Asian American book, short story or play eventually had to pay homage to his brittle realism or appear childishly simpleminded in comparison. Initially ignored and then reviled, Okada’s book languished in almost total obscurity for over ten years before it was rediscovered by younger readers who immediately recognized the power of its alienated characters and existential message.

It is little wonder that “No-No Boy” would be so roundly rejected when it first arrived. There are no victories in Okada’s post World War II retelling, no redemption, and no satisfying conclusion that leaves his audience hopeful and optimistic. In Okada’s tale, it always feels as if it is an hour past midnight with each major character broken in some fundamental way that can hardly be mended. The author composes an unforgiving narrative where people spiral out of control, each searching for some kind of desperate meaning to their lives.

The austere plot of “No-No Boy” revolves around the return of Ichiro Yamada from two years of exile in a federal prison for refusing to pledge allegiance to the United States and join the Army in its defense. Yet, despite its lack of traditional structure and dramatic arc, Okada’s novel is moving and unforgettable because of the emotion and self-knowledge he pours into each page. Okada knows this world completely and his story is filled with the feel and confidence of an insider. In many ways Okada’s Yamada is like Richard Wright’s Bigger Thomas or Ernest Hemingway’s Jake Barnes — misfits that catapult aimlessly through life, unmoored and unanchored to family, friends or the familiar. Even when given opportunities for salvation, all of them have been so traumatized by the horror of their lives that they can hardly lift a finger to break out of their purgatory.

Okada could have easily modeled Ichiro after Japanese American lions such as Fred Korematsu, Minoru Yasui or Gordon Hirabayashi, who were filled with righteous anger over the wrongs that were done to the Issei and Nisei in World War II. But he was after bigger game than that. His protagonist is bedeviled by his mother’s blind loyalty to Japan and his own conflicted identity of what it means to be both Japanese and American in the first half of the 20th century. Along the way, Ichiro washes up against other lost souls who are all as shipwrecked and troubled as he is: His mother, who is busily preparing to return to a triumphant Japan, refusing to believe that America has won the war. His father, who has retreated into an alcoholic haze as a way of coping with his wife’s madness. His brother, who has volunteered to join the postwar Army as a way of erasing Ichiro’s disgrace. Kenji, the crippled war veteran, who has returned home with honor and a wound that will not heal. Emi, the wife left behind because the war has changed her Army husband so profoundly he will never return to America, and Freddie, a fellow “no-no boy” who is terrified of slowing down because of what he might see in the mirror.

Okada’s writing is ferocious, raw and disturbing, and he creates a claustrophobic, suffocating world that leaves little air for the living. The book’s only obvious misstep is in its condemnation of the Issei and Nisei for their clannishness and insularity. Okada largely ignores the fact that the Japanese were redlined into narrow neighborhoods and blames the victims for their closed ranks and ethnocentrism. In fact, the Japanese had little choice but to ban together in tight-knit ghettos in order to escape the onslaught of racism and discrimination that began long before Pearl Harbor. For all its faults, however, Okada captures the dissonance and confusion of what it meant to be Japanese American in the United States during World War II and his novel is wise and unsparing from beginning to end.

Less than a year after issuing Executive Order 9066 and condemning Japanese Americans to 10 desolate camps scattered across the interior, Franklin Roosevelt opened the ranks of the U.S. Army to the Mainland internees. As a preamble to this confounding turnabout, the government distributed a questionnaire within the camps that gathered mostly pedestrian information as a prelude to a draft. But there were two questions that enraged and split the Japanese community for decades: Questions 27 and 28 asked whether the prisoners would fight for America and pledge their loyalty to the United States. Despite having been stripped of everything in their lives, including their homes, businesses and constitutional rights, the majority answered “yes” to both questions, fully understanding the desperateness of their situation. Thousands, however, refused to compromise, referencing the injustice that had descended upon them because of the internment. The reward for these “no-no boys” would be removal to even worse confinement, where they were surrounded by murderers, rapists and pedophiles.

Eventually freed as the war ended, the protesters were released into a vast and empty future. Rejected by their country and branded by their neighbors as traitors and troublemakers, they found themselves trapped in an endless nightmare that offered little relief or escape. Although Okada was not one of them, he became fascinated with their story and convinced that their tragedy was another window into understanding the Japanese American experience in World War II.

Born in Seattle, Okada enlisted in the Army in 1944 and served in the Military Intelligence Service. He flew 24 reconnaissance missions and translated captured enemy documents and radio transmissions in the Pacific. Upon his discharge in 1946, he earned an undergraduate degree from the University of Washington and a master’s from Columbia University before acquiring another bachelor’s from the University of Washington, this time in library science. Married with two children, Okada struggled his entire life to create time to write his novel. He wrote faithfully when he wasn’t scrambling to earn a living for his young family.

After the public rejection of “No-No Boy,” Okada was convinced that his work would never be accepted and consoled himself with being a technical writer, churning out instructional guides and corporate handbooks to make ends meet. After the pain of the war and the cruelty of their incarceration, the Issei and Nisei wanted the comfort of the heroic and the epic rather than the complexity of what Okada was pursuing in order to heal the wounds of the past.

Okada died of a heart attack in 1971 at the age of 47, a lonely and forgotten figure who had been left to wither in the shadows of his art. After the Japanese American Research Project at UCLA rejected an offer to be the repository of his papers, his widow burned everything, including the draft of a promising second novel, as an act of despair, convinced that no one was interested in her husband’s work. Ironically, if Okada had lived just a few more years, he would have seen his writing embraced by young people who were riding the nascent wave of ethnic studies programs that crested across college campuses during the 1970s. Like his indelible fictional characters, Okada yearned to find his place in a world that was changing too fast and moving too quickly beyond his reach. Yet, the brilliance of his gift is undeniable and the legacy he has left behind for the rest of us will continue to illuminate the darkest chapter in Japanese American history for generations to come.