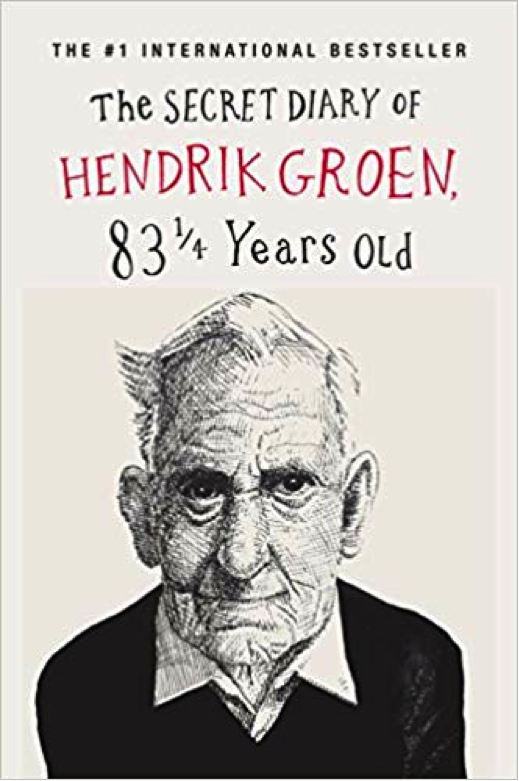 At a bookshop recently, the perfect book jumped out at me. “Buy me, buy me,” author Graeme Simsion whispered to me. “I’m the perfect follow-up to last month’s column on retirement and nursing homes.”

So I bought “The Secret Diary of Hendrik Groen, 83 1/4 Years Old,” took it home and read it. It was funny and full of good advice on retirement and nursing home administrators and employees.

Hendrik lives in a home for elders and decides to write in his journal every day. His first entry, written on New Year’s Day, reads: “Another year and I still don’t like old people. Their walkers shuffle, their unreasonable impatience, their endless complaints, their tea and cookies, their bellyaching. Me? I am eighty-three years old.”

The care home profits by cutting corners and the residents feel the effects, so Hendrik forms a private club called the “Old-But-Not-Dead Club” made up of an eccentric group of residents. They live a courageous yet hilarious, tender and heartwarming life. If you read this book and don’t have belly laughs, sighs of empathy and tears of sadness, then you need to go see your doctor.

I took a quick ride in the truck, down to see my mother in Tallahassee these past two days. I’m glad I went, but I am super tired from about 30 hours of driving and lousy sleep.

I now know that my mother can hardly hear or see, but a funny thing happened before I realized the latest about her hearing and vision.

I found her in her room, knocked on the door and went in, saying, “Hi Mom, Happy Birthday!”

I pulled her wheelchair over in order to sit close to her to talk. She looked at me and said, “I believe you are in the wrong room!” She had no idea who I was, but figured I was another resident in the assisted living place.

When I realized she really didn’t know who I was, I told her several times in a gradually louder voice. In time I learned that if my mouth was close to her ear, she could hear me just fine (without broadcasting the message to the entire assisted living facility).

I noticed that she also concentrated on lip-reading. I tried to speak a little slower.

In time she had me trained and I spoke near her ear but where she could also see my lips moving.

So I started working on the reality and after a while, she said, “Oh, I get it.” Once she knew who I was, she had no trouble spinning up all the info on me and the family. Mom’s sentences were more just comments on various family members and what they were doing.

I told her several funny things and she chuckled with a sparkle in her eyes.

After a while, she told me that she thought she had a letter from me somewhere. Yup, I found it unopened. I opened it for her and she tried to read it, following along with her finger. Then she announced that she would read it later.

The lesson there is that I am going to further increase the size of the print for her letters. I am also going to include an addressed, stamped postcard with the next letter, asking if the print is big enough. She does spend lots of time doing Sudoku — LARGE PRINT.

Then I am going to sit back and NOT hold my breath. She has her own routine, and the truth is that for a while the print in my letters has been too hard for her — it may take a while before she opens her mail in a timely way to read it.

I am going to send shorter notes and big pictures or photos. I will send another postcard to ask if the images are clear and large enough.

She knew it was a long drive from Virginia, that I liked to drive and that I was probably driving the truck. In time, I guess, or at least up to the fairly recent past, she has been able to read most of my letters.

I think it was wise of you to realize that your communication breakdown with your mother was due to her hearing and vision challenges and not just dementia. When she said she would read your letter later, it showed that she could make decisions for herself. I applaud her for preserving her dignity by not saying, “I can’t read,” and for respecting you by not saying, “Your handwriting is too small and unreadable.” Or perhaps she was preserving your dignity by not saying, “Your letters are usually so boring; I’ll read them when I have absolutely nothing to do — I’ve been quite busy with Sudoku.” Eventually, you may want to consider asking the person who delivers her mail to read your letters to her.

I have searched for large print books to give elders as gifts and suggested to the manager of Barnes & Noble that they create a “large print section for the vision-impaired section.” Thus far, I have not been successful.

How admirable to be celebrating her 100th birthday.

I am inspired by these stories. A woman who works at the front desk at my gym recently told me about her 96-year-old uncle who still drives and works daily as a farmer in his hometown of Kingsburg, California. Robert Tano served with the 442nd Regimental Combat Team and was interned in Arizona during World War II. In 2011, veterans of the 100th Infantry Battalion, 442nd Regimental Combat team and the Military Intelligence Service collectively received the Congressional Gold Medal. Robert doesn’t drink alcohol or smoke, but he does like coffee. My gym friend said his granddaughter does not know much about him, so I suggested she “talk story” with him and record some of his history.

WORDSWORTH THE POET IS NOW A MASCOT

Wordsworth, the little mouse poet who is the main character of my series of Wordsworth books, is now also the mascot for the Hilo Alzheimer’s Association. Wordsworth rode a float in this year’s Merrie Monarch Festival parade.

Here is a message from Wordsworth from the book “Wordsworth Dances the Waltz.”

When Grandma hugged me

And said, “How’s my Wordsworth?”

When Grandma sent me presents

On special days of the year,

When Grandma gave me candy

When Grandma told me stories

Way past my bedtime,

She was Grandma to me

Because she was Grandma,

Not because she had a memory

Or because she knew my name.

Now that she’s losing her memory,

She’s still my Grandma, isn’t she?

— From “Wordsworth Dances the Waltz”