It is the wedding gift that keeps on giving.

To commemorate the marriage of Crown Prince Akihito and Michiko Shoda, the future crown princess, a group of business and community leaders in Hawai‘i formed a scholarship foundation in 1959 to promote educational exchanges between graduate students from Hawai‘i and Japan. A sizeable amount of money was raised — enough to endow the scholarship program — and the first scholarships were awarded in 1973 and every year since then until today. The foundation has helped about 150 students from Hawai‘i and Japan to obtain an international education — at the University of Hawai‘i for Japanese recipients and at a Japanese university for UH recipients. Many of the recipients have pursued careers that, in some way, enhance U.S.-Japan relations.

The late businessman and community leader Ralph Honda was deeply committed to the foundation. His lifelong dedication to the foundation following its creation and his grandfatherly oversight of the scholarship recipients and alumni gave the program a personal touch. At the 50th anniversary celebration of the Crown Prince Akihito Scholarship Foundation in July 2009, which coincided with a visit by Emperor Akihito and Empress Michiko, Honda’s memory was invoked often during the gathering.

Akihito and Michiko, first as Crown Prince and Crown Princess, and then as Emperor and Empress, have graciously met with the scholarship recipients at their residence in Tökyö. They also met with recipients during their visits to Honolulu in 1994 and 2009.

In June of 2018, Prince Akishino, the younger son of Emperor Akihito and Empress Michiko, and his wife Princess Kiko, met with a number of scholarship recipients, alumni and foundation trustees during their visit to Hawai‘i for the Gannenmono 150th anniversary commemoration. In recent years, the Japan-America Society of Hawaii and the University of Hawai‘i Foundation have partnered in administering the scholarship fund. — Kevin Kawamoto 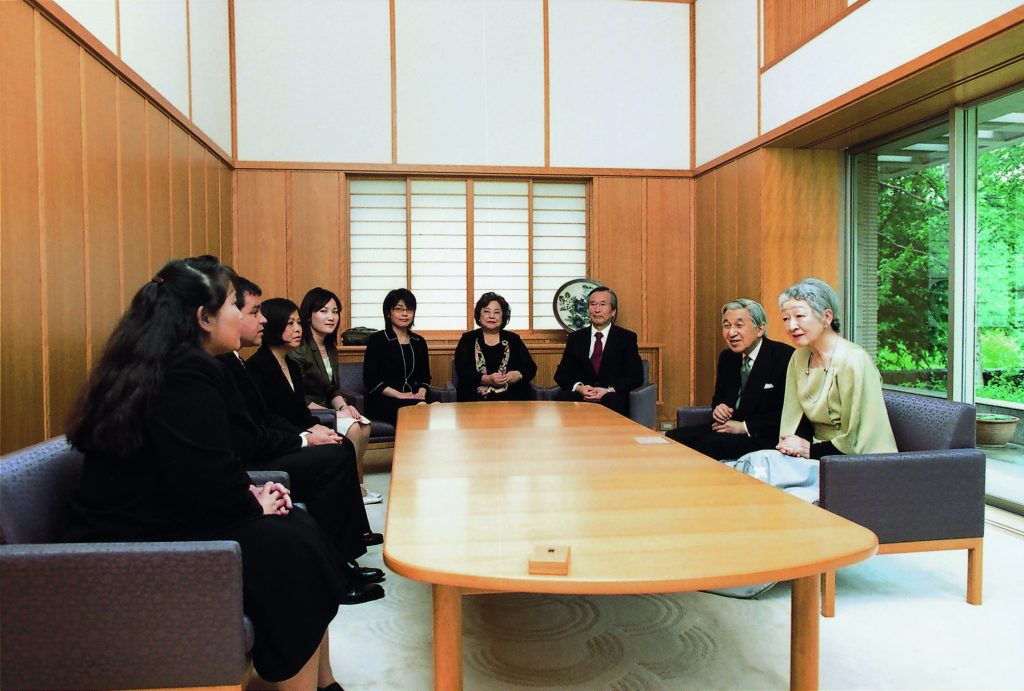