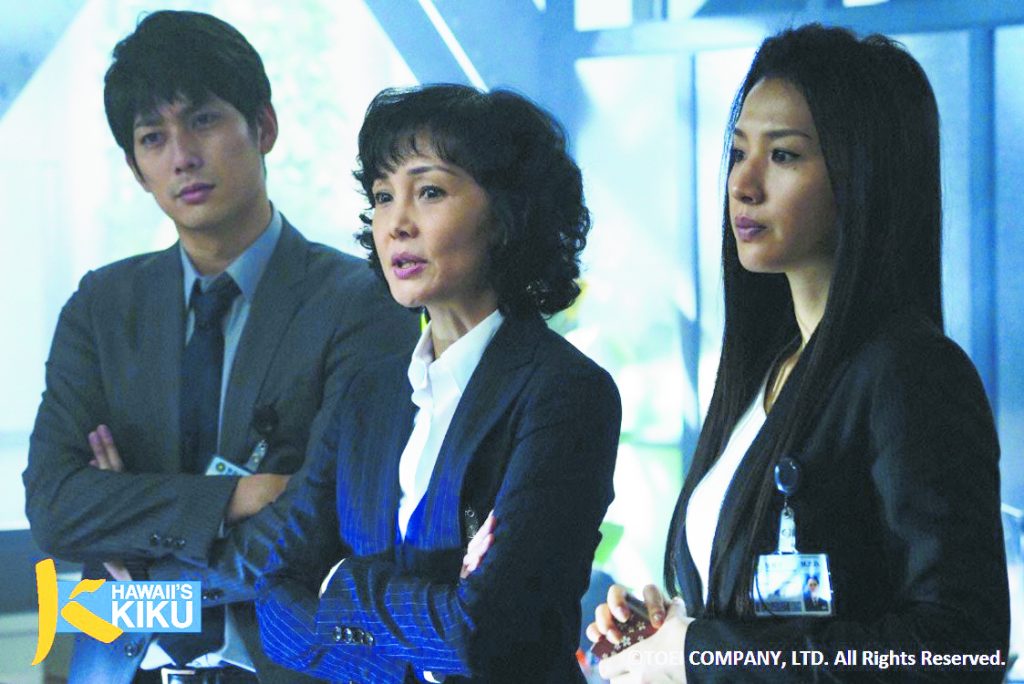 Channel 9 (Spectrum) and 20 (Hawaiian Telcom) (Programs are subject to change, without notice. For updated information, call 847-2021)

Soichi Haruta is a single 33-year-old employed at a real estate office. He desires to get married, but isn’t popular with women. He lives comfortably with his mother until one day she leaves their house and tells him to become independent. Living alone becomes a struggle. He befriends a new employee at work, who unlike Soichi, is good at cooking and cleaning. They become roommates. Meanwhile Soichi’s boss confesses his true feelings for Soichi and he finds himself in an unexpected triangle of attention and affection.

Ikuo Sato met his wife, Kaede Kawamura, at the hospital where he is interning. He fell in love with her and decided to marry her even though their social statuses are worlds apart. The Kawamuras are a distinguished family running a prestigious funeral home, and Kaede is their sole heir. Ikuo, however, comes from a broken home. Detaching himself from the ongoing inheritance battle between the Kawamura family, he dreams of going to remote places that lack medical practitioners to help as many people as possible.

The family drama “behind the curtain“ continues. Naoko has overcome a variety of handicaps to become the innkeeper of Kaguraya and strong enough to voice her opinions to her mother-in-law, Shino. Naoko wants to prove that anyone can become innkeeper if they have the drive and a true desire to be hospitable to guests.

Ryohei Tsukuda is a former researcher at the Japan Aerospace Exploration Agency. He now runs a factory that his father left behind. Ryohei takes part in the domestic rocket development plan Stardust, run by a large Japanese corporation. One day, Ryohei suddenly hears that the Stardust plan will be shut down.

Naohiro is an employee at Ryohei’s factory. His father has fallen ill and every weekend Naohiro goes to his father’s farm to take care of him. There, Ryohei sees Naohiro driving a tractor, and is inspired by a new dream!

Aurora and Eric were both raised in poor families. Together they dreamed of having a better life together. Eric gave up his love for Aurora to pursue Giselle, the daughter of a wealthy family while heartbroken Aurora later marries Jimmy, Eric’s best friend. Eric and Giselle have a boy named Prince, while Aurora and Jimmy have a daughter named Ella. Although their families are mortal enemies, Prince and Ella become childhood friends and fall in love.

“Maalaala Mo Kaya“ means “Would you remember?“ in English. This 60-minute program is the longest running drama anthology in Philippine television and in the world hosted by Charo Santos-Concio. Reaching its 25th year in 2016, this series features real-life stories of common people or even famous celebrities and personalities through letter sending.

This series, which replaces “Soko ga Shiritai,“ takes viewers on a journey throughout Japan, highlighting foods and places that define the country that is Japan.

Attempted murder, fraud and embezzlement, illicit drugs, tax evasion and even murder? Five women convicted of various crimes, and a crime-loathing female warden, put aside their differences to hatch a grand plot of revenge. But the revenge plan keeps hitting snags. All of these mature women with interesting background stories meet in a female penitentiary and band together to clear each other of unjust sentences.

One of Japan’s most watched series of all time, this story follows the life of Shin Tanokura during the Meiji Period up to the early 1900s. “Oshin“ is a girl born in a very poor rural family in Japan, who through hard work and perseverance, eventually triumphs over pain and adversity to achieve fame and success.

Takuma Yoshito, a top-notched criminal profiler with the Kyoto Police Department, is tried and found guilty of rape and attempted murder, and sentenced to 15 years in prison. After serving 10 years, the victim of the crimes wakes up from her coma and is confirms that her attacker was not Takuma. He is exonerated from the crimes and freed from prison. He returns to the Kyoto Police Department’s Special Investigation Task Force with a skill he learned in prison – the ability to see things through a criminal’s mind.

Anthony Real, the husband of Millet meets Shiela who he will eventually marry.  Caught in a bigamous relationship, Anthony’s wives will eventually find out the truth that they aren’t Anthony’s only wife, which will lead to repercussions into their lives.

The 13th season of a populaer detective series. Detective Ukyo Sugishita has great insight and cunning skills. His partner, Toru Kai, is strong-minded and rough. He is also excellent in the powers of observation. Together they solve many mysterious crimes.