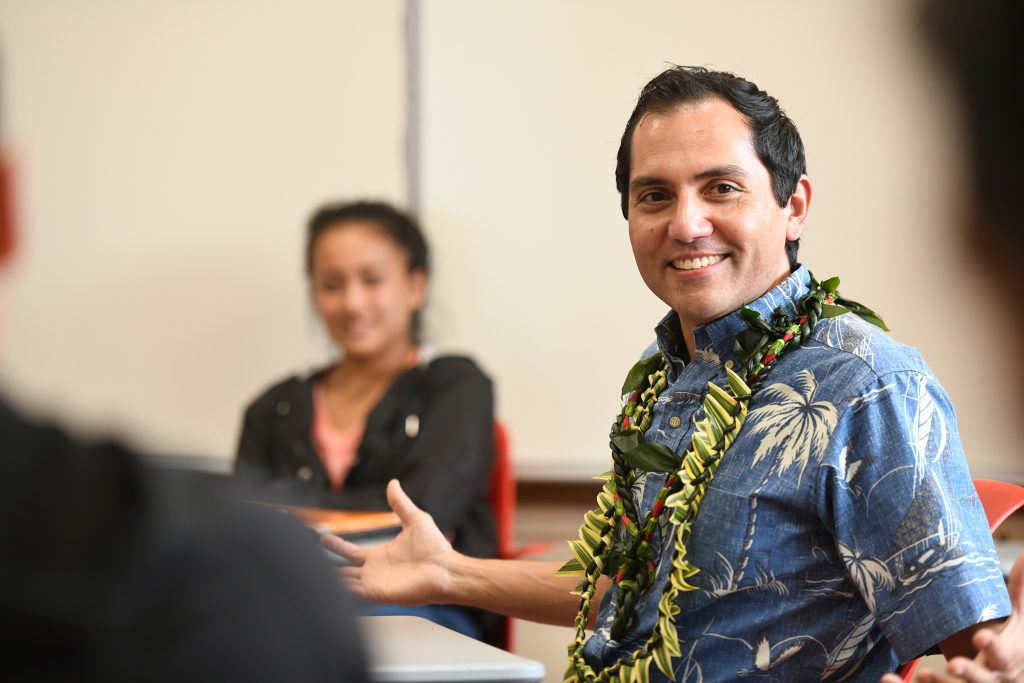 The true believer’s day begins at night as he wanders through the rainy streets of Manhattan, looking for the next big thing. He’s heard a rumor from people he trusts about a tenor saxophonist, just arrived from the hinterlands, who is drawing raves. On a lonely side street off a crowded boulevard he finds the address and walks into the tiny club. It is already packed with other pilgrims who have come to see if the stories are true. Standing in a quiet spotlight up on stage is the young man that everyone has come to see. He begins to play softly, warming up to the crowd slowly. But from the very beginning even the agnostics are converted and they edge up to the edge of their seats to soak in every note that floats languorously throughout the room.

“For me, there is an emotional connection to music that has always spoken to me,” says Nate Chinen (no relation to editor Karleen Chinen), the longtime New York Times jazz critic. “I love what it reveals to us about people, history and culture. It has never stopped being utterly fascinating to me, so I made it my life’s work.”

Born into a musical family that included traditional Okinawan sanshin players and longtime Waikïkï cabaret headliners, the 42-year-old Honolulu native was raised in the music business. His paternal grandmother watched over him as a child in the showrooms where his parents, Teddy and Nanci Chinen, performed as Teddy and Nanci Tanaka.

“At a certain point in the show, they would call me up on the stage to do a number,” recalls Chinen. “So the life of a musician was all very normal to me.”

After graduating high school, Chinen yearned to explore the far corners of the world and enrolled in the Ivy League University of Pennsylvania, where he majored in poetry during the day and gigged as an itinerant jazz drummer at night.

“My parents always supported me, but they often asked me, ‘What are you going to do with a poetry major?’” smiles Chinen. “But from as far back as I can remember, I loved to write, I had the insight of a working musician and I had a passion for listening to people’s stories.”

Slowly, and then suddenly, Chinen entered a world that he could barely have imagined as a young boy growing up in the middle of the Pacific Ocean.

Graduating from Penn in 1998, Chinen parlayed an internship with a local Philadelphia newspaper into a distinguished career in journalism that included publication in The Village Voice, Downbeat and a 12-year stint at The New York Times. Chinen has penned two highly regarded books on jazz — the 2018 “Playing Changes: Jazz for the New Century” and, in 2003, “Myself Among Others: A Life in Music” with George Wein — and is an 11-time recipient of the Helen Dance-Robert Palmer Award for excellence in jazz criticism.

“There is no proven path to becoming a music journalist, which is good,” says Chinen. “I didn’t really do the things that would lead to this career. I just kept following my ear and my interests and never stopped.”

Within the insular world of jazz, Chinen is an articulate voice that argues against litigating strict definitions of jazz and jazz musicians. As a result, he has championed an eclectic array of artists, ranging from the late hip-hop guerrilla producer J Dilla to the inimitable French Caribbean songbird Cécile McLorin Salvant. Inevitably, his opinions have clashed with industry giants such as Wynton Marsalis, who argue that there is a classical canon of jazz that is strictly bordered by hard and fast rules that are inviolable.

“For me, it all depends on who is making the music,” countermands Chinen. “If he or she has come up studying the history of jazz and has a deep relationship to the language and the literature of the music, it doesn’t matter what form the music takes so long as it incorporates the feeling, spirit and harmonic interpretation of jazz.”

Unsurprisingly, Chinen also pushes back against the notion of a golden era of jazz that has long ago disappeared.

“To me, there was never a golden era of jazz because the music has never gone away,” declares Chinen. “It has continued to thrive and grow in different directions that are just as original and fresh as what preceded it.”

In 2017, Chinen left the security of the New York Times to become the director of editorial content at WBGO, the influential East Coast public radio station that has long advocated for jazz and the arts on the national scene.

“I used to be a jazz critic. Now I’m a writer, an editor, a liaison and a collaborator,” muses Chinen. “But the nature of the work hasn’t changed. It’s still about being a catalyst, listening wisely and putting jazz into a context that showcases the music above everything else.” Over the last 30 years, however, the media world that Chinen inhabits has evolved profoundly as support for arts journalism has eroded significantly.

“It is a very difficult time. Writers, as well as musicians, rely on an ecosystem for support, and the climate has changed. Journalism today emphasizes celebrity and politics. Everything else is undervalued.”

What keeps Chinen going is an underlying belief that he is contributing to something larger than himself that is meaningful, timeless and authentic. “Whenever I get discouraged, I think about my family. For my parents, music was more than just a job; it was a calling. They pursued their talent and built their lives around that dream. There was never another option,” concludes Chinen. “They were dedicated to bringing a certain honest integrity to their work every night and really throwing themselves into the task in order to get it right. And that’s all I’m trying to do. In the end, I’m just like my parents. I’m just trying to get it right.”

The set ends in the early morning hours and the musician packs up his instrument and heads out the door. He has a plane to catch and a new city to reach before darkness falls on another day. The club begins to empty slowly. Patrons leave unwillingly because they know they have just witnessed something written on the wind that will only be preserved in their memories.

The true believer is the last to leave. He fears he will never hear anything this good again, but as he rises someone is talking about a trumpet player coming into town who has the chops of a young Miles and he wonders if it could possibly be true. As the lights go out in the foyer he climbs up the darkened stairs and wanders out into a city just awakening to a new morning and the arrival of a brand new day.