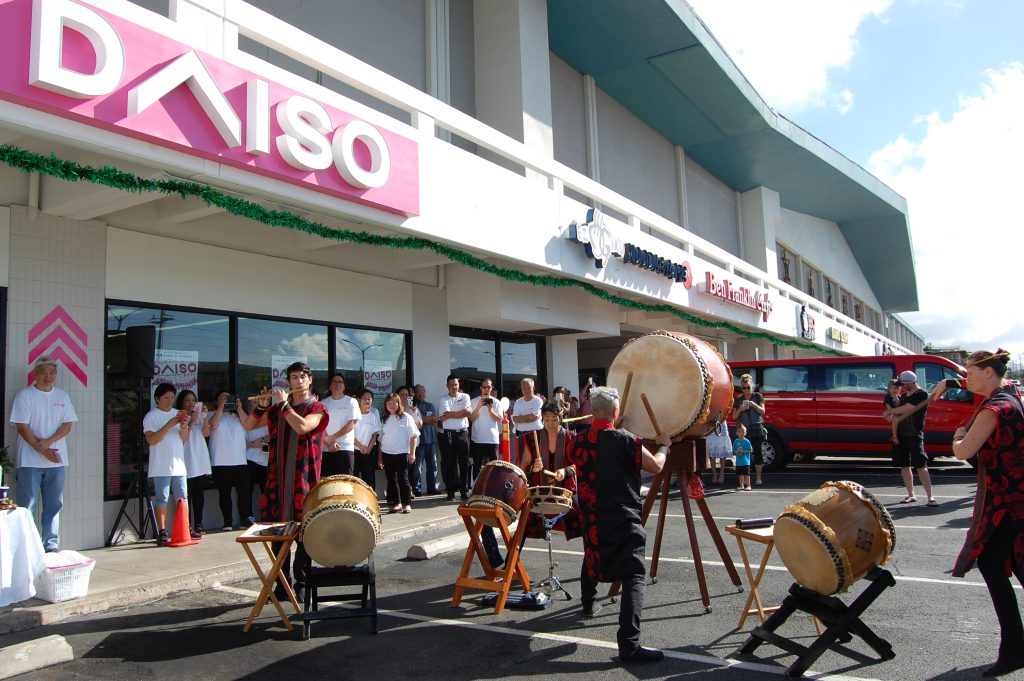 Daiso, the popular Japanese value store, opened its first Hawai‘i store on Dec. 12 at the Pearl City Shopping Center with a festive grand opening celebration, including taiko drumming by Kenny Endo and the Taiko Center of the Pacific. Daiso opened in the old Sanki location next to Ben Franklin. In Japan, Daiso is known for its inexpensive household goods, cosmetics, stationery and food items.

The Rev. Bryan Yanagihara from Koboji Shingon Mission blessed the store. Consul General of Japan in Honolulu Koichi Ito offered his best wishes for Daiso’s success in Hawai‘i and noted that he has been known to over-spend when shopping at Daiso in Japan.

The first 100 customers were treated to goodie-bags filled with Japanese sweet treats, savory snacks and refreshing drinks. There were also prize drawings throughout the day.