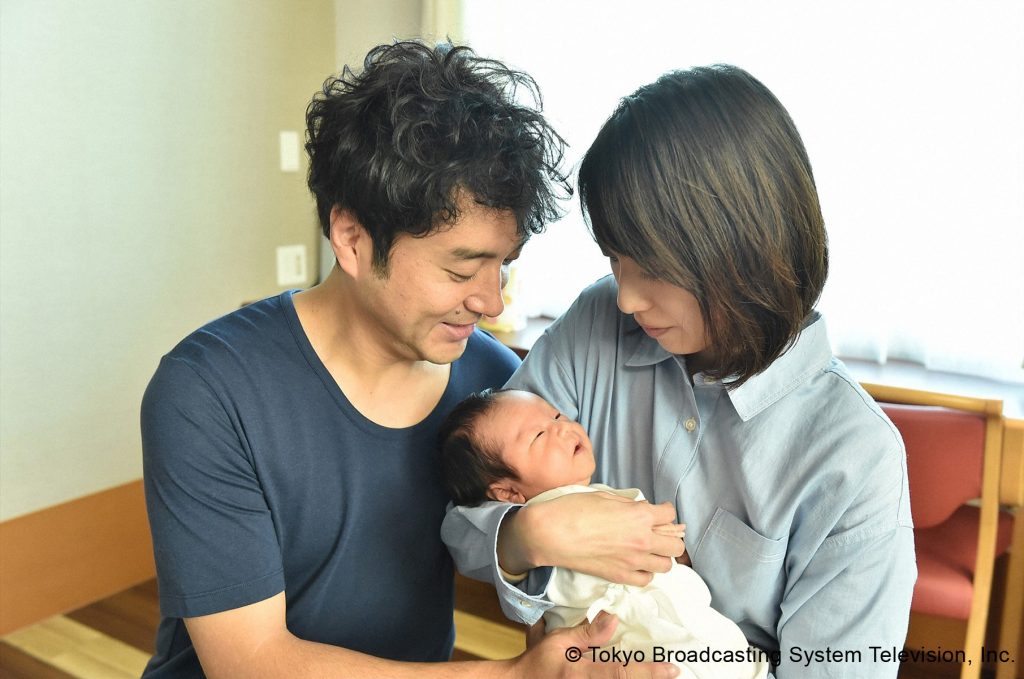 Set in the late 21st century, the unit No.9 is a special Police that uncover the unsolved cold cases by using a special MRI scanner. It can scan the brains of dead people in order to visualize memories from their lifetimes. Rookie agent Aoki and unit chief Maki are tasked with a new mission: they must visualize the memories of a man executed for murdering his own family, and also find his daughter Kinuko, who has been missing since the tragedy. However, the images extracted from the man’s brain show that the brutal homicides were actually committed by Kinuko…

Tetsuko is straight as an arrow and is a career-driven attorney, while her more free-spirited cousin, Natsuko, is a schemer who can con the best of them. Tetsuko has had a bugaboo about Natsuko since they were kids. One day, the cousin tracks her down because she needs a legal defense against a romantic interest she tried to hustle. Tetsuko reluctantly takes the case, but after she wins, the irresponsible client disappears without paying for legal fees. Natsuko shows up again to enlist her cousin’s help on another suspect legal problem, but the reunion does not go well. However, Tetsuko soon learns some life lessons from her free-spirited, swindling cousin.

Wandering samurai Momjiro tries to clear his name of a murder he didn’t commit.

An imperial agent puts down a riot in Mutu province.

Story about a womanizing yakuza during the early 20th century

A female of a trucking company has run-ins with evil yakuza during the American occupation of Okinawa. Her hometown is threatened by usurers, gangsters and indirectly by American GI influences. She must battle a yakuza organization with her employees to help settle things.

Shinta, who is a wanderer finds himself falsely accused of a crime.

In this dramatic portrayal of the life of a gambling boss, Jirocho, a good-hearted and honest boss, sets out to take revenge for a fellow boss. At the same time, the other local bosses, in a bid to increase their own power, plot to dispose of Jirocho. When Ishimatsu, one of his most trusted henchmen, is brutally murdered, he must set out on yet another path of revenge, putting everything on the line to fulfill his thirst for justice and thwart his enemies.

After being bailed out of trouble by a member of the Kaijima Clan, Ryuhei dedicates himself to saving the Kajima’s lucrative lumber business.

A story of the lives of four sisters and their manipulative mother who must come to terms with each of their decisions in life.

The fifth and final episode of the popular adventure series “Satomi Hakkenden.”

An old flame reappears in the life of Daisuke, a man struggling to find happiness amidst familial pressures to marry and find a stable job, sparking a forbidden love affair. Based on the popular novel “And Then” by the critically acclaimed Natsume Soseki.

A son of a lumber dealer Shintaro is entrapped by an evil boss Kumagoro who plots to take over Shintaro’s family business.

Young swordsman, Tsukigata Hanpeita, longs for the day when rival clans cease their struggles for power and put an end to meaningless feudal wars. When he is appointed to oversee the Choshu Clan, he takes it upon himself to work towards the peace that he has dreamed about. With his affectionate personality and compassion for life, Hanpeita’s popularity grows among the people, making him a threat to those thirsty for conflict and power. A betrayal by those closest to him leaves Hanpeita caught in a trap that could ultimately cost him his life.

Yumechiyo, a geisha house madam recently diagnosed with a terminal illness, yearns to do something constructive with the little time she has left. Though her responsibility lies in taking care of her girls, she finds purpose in proving a man innocent of a false murder charge and in the process discovers love for the first time in his arms.

Famous for his coin tossing when capturing criminals, an Edo detective, Heiji, launches an investigation into the mysterious murder of his friend Seigoro.