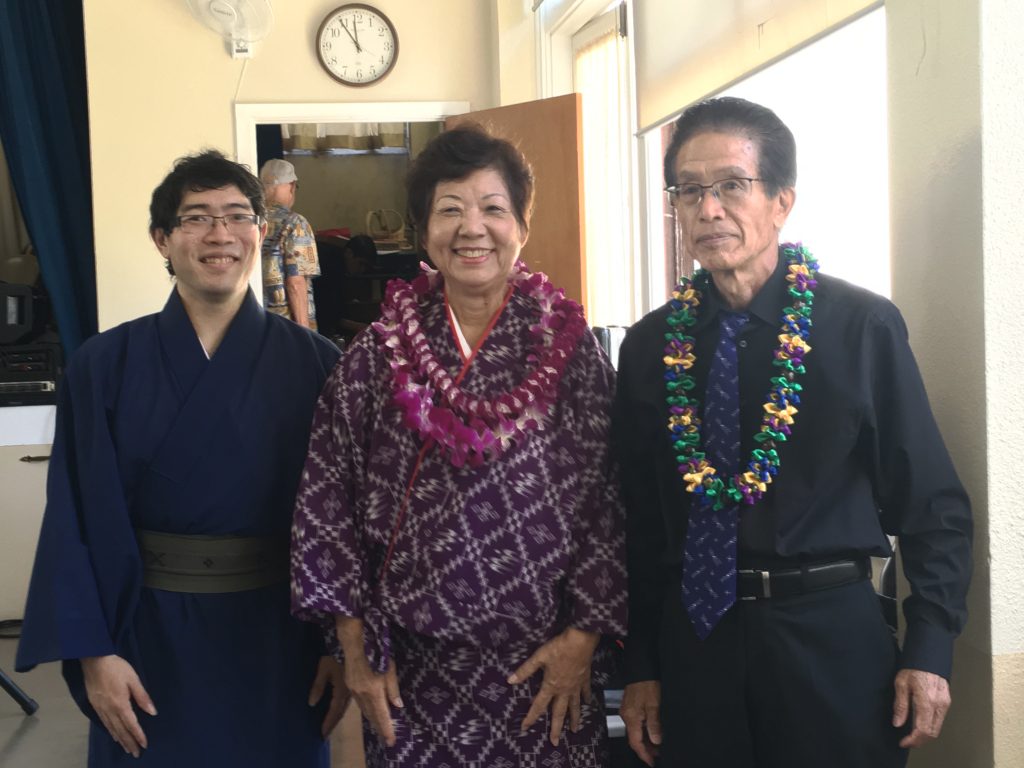 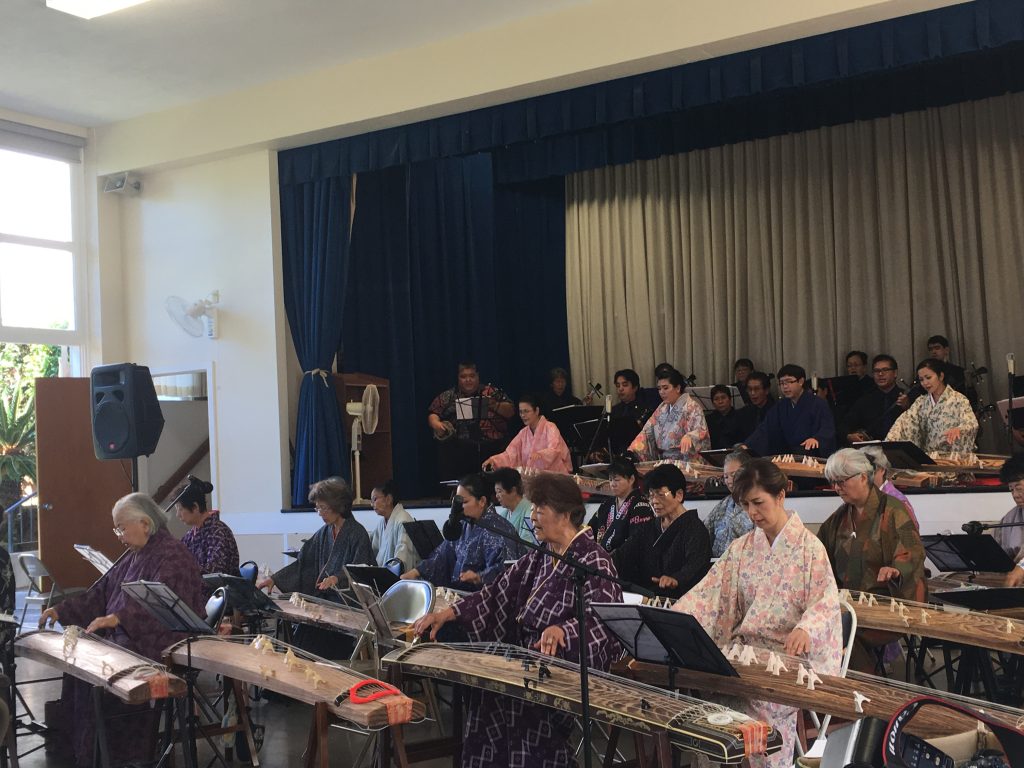 Kazuko Ito-Sensei was recognized for opening a new koto school in Hawai‘i, Ito Kazuko Kokyoku Kyoshitsu. One of her students, Haruko Itomura, was recognized for having earned her shinjinshö certification (first level proficiency) in classical Okinawan koto in Okinawa. The test was sponsored by the Ryukyu Shimpo newspaper.