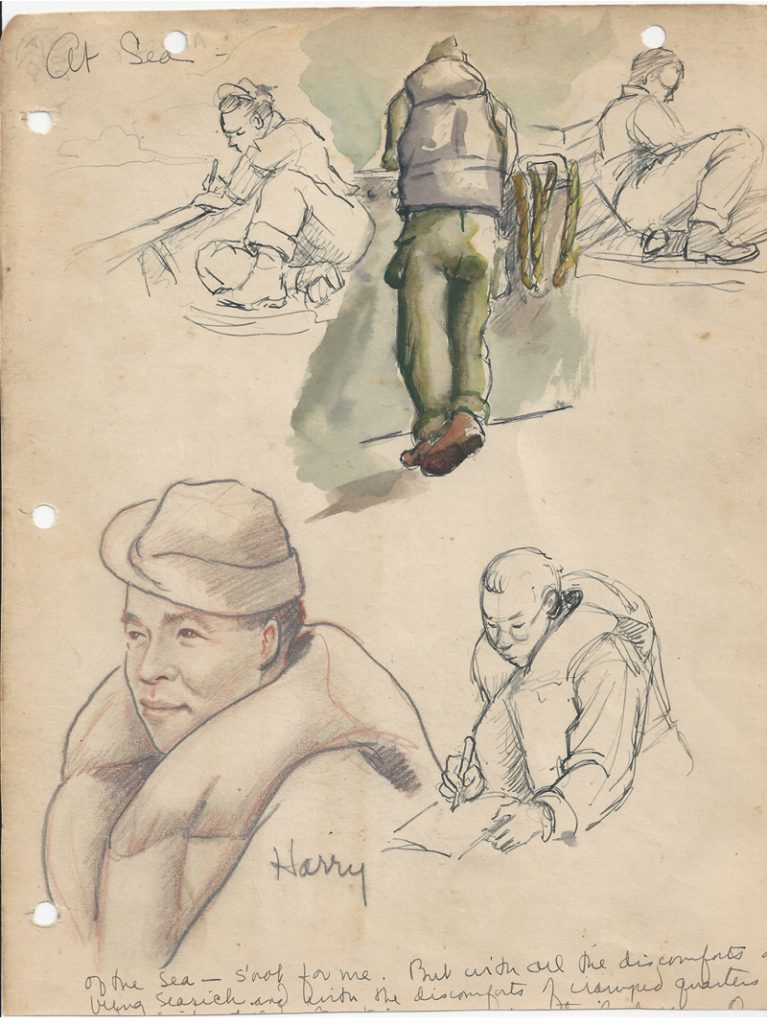 Editor’s note: In observance of Veterans Day, we are pleased to share with you this excerpt from writer Susan Nunes’ short story, “Biffontaine.” It is part of her collection of short stories titled “Paradise Café: A Family Memoir in Stories.” Nunes is a Hilo native who now lives in Berkeley, Calif. Her mother’s brother, Ryo Shinoda, served in Italy and France with the 442nd Regimental Combat Team. He kept a sketchbook of drawings from his basic training days at Camp Shelby, Miss., and through combat in Italy and France. Ryo Shinoda’s ink drawings and watercolor paintings — pictured throughout this story — depicted the daily life of his fellow soldiers. Susan Nunes said her uncle would send his sketches home to his sister (Nunes’ mother), Shiho Shinoda Nunes, with his letters. Another of her uncles, Minoru Shinoda, served in the Military Intelligence Service in World War II.

Naniwabushi. A way of telling a story in song interspersed with drums and clapping for dramatic effect. 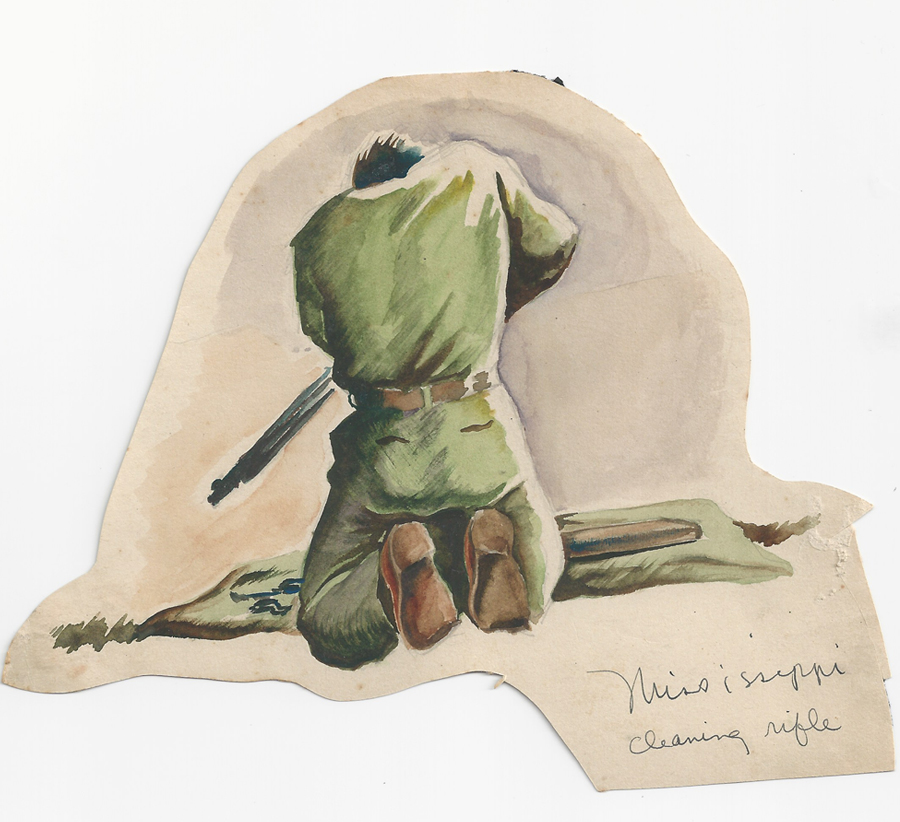 Hilo, April 1, 1942. As Henry Iwashita rounds the corner near his law office, he sees an elderly woman in a white apron standing beneath the barber’s pole across the street. It’s Mrs. Nakamura, and she’s waving her copy of the same newspaper Henry has under his arm, only this one she purchased in front of the gas works on the other side of town. The Japanese newspaper that used to be delivered to her shop was shut down in December. Henry glances at his watch, sighs and crosses the street.

The little shop is furnished with a black swivel chair and a bench for waiting customers, though there are none today. Mrs. Nakamura, who’s known Henry all his life, hustles him unceremoniously to the counter, slippers slapping against her heels. She pushes aside combs, brushes and scissors, the bottles of alcohol, jars of hair dye and pomade and lays the paper next to the sink.

The sight of the headline causes a burning sensation in Henry’s throat. JAPANESE EVACUATED ON WEST COAST! He can recognize euphemism when he sees it. He feels the urge to flee.

“Tell me what it means,” she says.

He reads silently and then, in the formal Japanese of his father’s generation, describes what has finally come to pass in Washington, Oregon and California. Mrs. Nakamura listens intently, clutching the front of her apron. When he pauses to consider a turn of phrase, she asks, “All of us?” 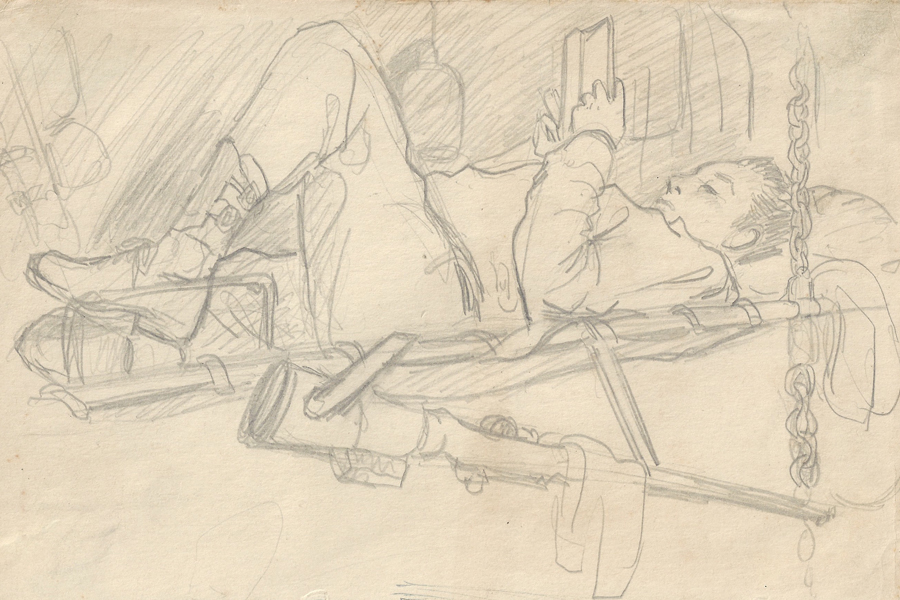 Camp Shelby, Mississippi, April 15, 1943, and even the thick, woolen uniform does little to protect him from the bitter wind whipping down the railroad tracks. Henry has never felt cold like this. His cheeks are numb, his fingers like ice. He pulls up his collar, jams his hands deep into his pockets. His eardrums ache, as if someone has driven nails through them.

He is standing with his Army unit amidst piles of gear, waiting for the trucks to take them to the camp. The faces around him show the stresses of the long train ride, the cigarettes and endless card games, the sleepless nights, and now the cold. Someone mutters, “Where are the damn trucks? My nuts are frozen.” They are very young.

Henry reaches for a cigarette, strikes a match with trembling hands. He thinks: This is only the beginning.

Finally, the trucks arrive. He climbs into the back, lugging duffel bag, gas mask and the World War I helmet they issued him in Honolulu. The men sit in rows, thigh to thigh, knee to knee. The truck lurches forward. Out of habit, he pats the pocket where he keeps his diary and then remembers that it was confiscated after they docked in San Francisco. Standard procedure when coming out of a war zone, the M.P. said. Henry is too cold to be angry.

“Go for broke,” someone says as the truck rumbles into the night.

It will become the battle cry of his regimental combat team, all volunteers, all Japanese Americans. They will hear it again and again throughout their training over the next six months and then in every battle, from Grossetto to the Arno, Florence, the Vosges Mountains, the hills near Bruyeres, and Biffontaine, where, for Henry and so many others, it will end.

He leans his head against the canvas tarp, closes his eyes, listens to the voices of the men. So young, he thinks, hearing the parental admonition recounted by a young soldier whose voice was still changing. Die if you must. Live, if you can. Bring no shame on yourself or your family.

The truck rumbles into the night.

Camp Shelby, Mississippi, August 1943. The sun beats down, burning the exposed skin at the back of Henry’s neck. The air stinks of standing water, for they are within rifle range of the swamp. He ignores the sting of mosquitoes and slowly lowers the rifle until the target is centered between the crosshairs. Relax. Breathe. Squeeze.

The rifle kicks. He grins and aims, fires again, quicker this time, and then again.

Their training, which began at the tail end of winter, continues without respite into the steaming southern summer. The men in his company of the First Battalion can now march four miles in fifty minutes, carrying the so-called light kit rifle, bayonet, canteen, eating utensils, mess kit, tent, raincoat, cartridge belt, hand ax and spade. They finish double time. They don’t drop a man. Henry was the oldest man in the company and had his own private battles, especially in the beginning. The physical demands were almost unbearable. He hated being last. Bayonet drill, calisthenics and twenty-five mile hikes were not meant for a man who had spent years behind a desk.

But he stuck with it. He played cards, lots of cards. And craps. By August, his biggest complaints were the heat and the chiggers. The younger men no longer felt sorry for him.

He springs to his feet, runs crouched low for a hundred yards until his thighs burn, then drops to his belly and fires again. That night he finds a few minutes to write to his wife, “Ninety-eight percent of us qualified in rifle fire. The officers told us eighty-five percent would have been fine.”

In August, he learns that his regiment, the 442nd, will begin feeding replacements to the 100th Infantry Battalion, made up of Japanese American national guardsmen from Hawaii, which has already joined the Fifth Army in Italy. He takes a furlough in New York before his company is shipped out. He visits the Empire State Building, feeds the pigeons in Central Park. He loves the city. It is where he received his law degree. In September, he’s on a troop ship heading to Italy and the coldest, bitterest winter of his life. 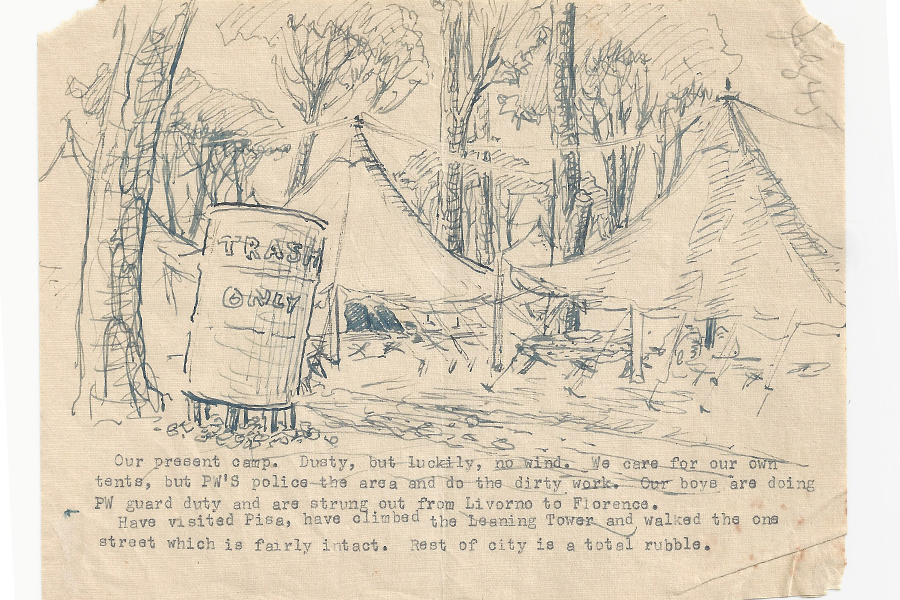 June, 1944. The rest of the 442nd arrive in Italy and absorb the 100th Battalion. The casualties in the 100th have been so heavy that it is nearly depleted. But the worst is yet to come.

In the late summer, as his regiment crosses the Arno, they are pulled out of the line and ordered to the French front, where the Allied efforts are now focused. General Clark in a farewell letter tells them that their discipline and efficiency have been an example to all troops of the Fifth Army. They are standing at attention as the letter is read to them.

They arrive in southern France in time for the big push north.

The Nebelwerfers are the worst, shrieking along their trajectories before exploding in a hail of razor sharp shrapnel. “Screaming meemies,” the men dub them ­— the ultimate weapon, created to kill and maim and inflict pure terror.

He spends two nights on his stomach pressed into the mud. Lying there among the dead and wounded, his friends picked off like rabbits as they scrambled to find a path among the trees. Explosions, bodies flying, things raining down, wet, unrecognizable, the noise of men being hit, the terrible sounds of the dying.

Hilo, April 1, 1942. He stands at his office window. Across the rain-slicked street, a car is waiting in front of Mrs. Nakamura’s barbershop. A woman dashes toward it. A door swings open. As she raises her arms to close the umbrella, Henry catches a glimpse of her face. No one has ever looked at him that way, holding nothing back. He imprints the moment in memory. He will remember it in the terror and the mud and the cold. Remember it as he lay dying on that hillside, somewhere near the town of Biffontaine.