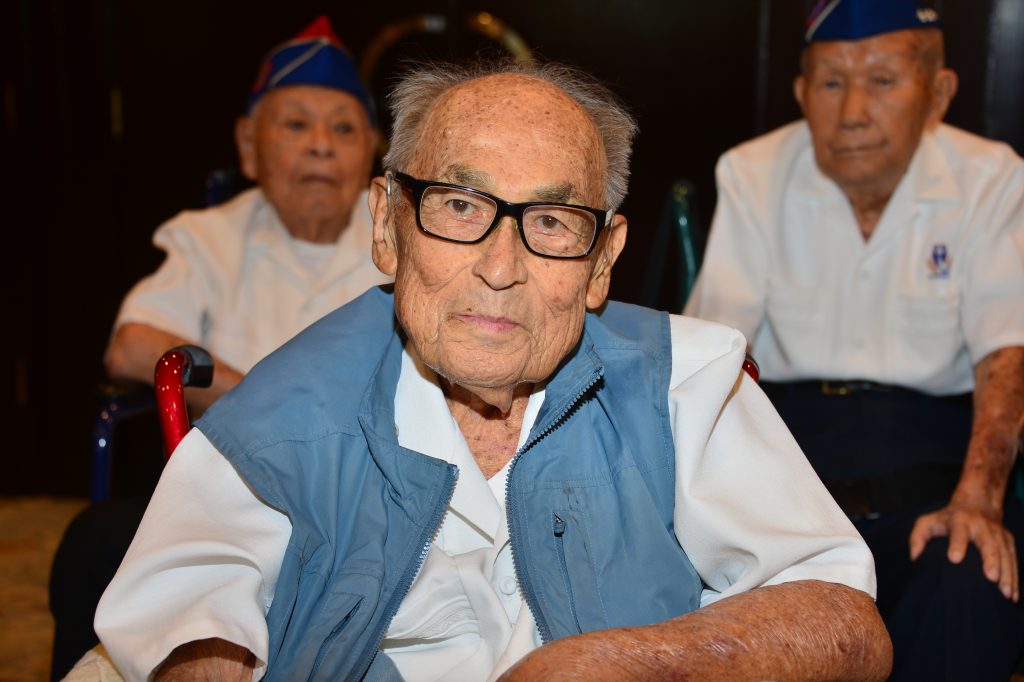 Close to 600 people, including 44 World War II AJA veterans, turned out for the 442nd Regimental Combat Team’s 75th anniversary banquet on March 18 at the Sheraton Waikiki Hotel. The event, themed “Celebrating with Gratitude and Pride,” opened with the 442nd veterans filing into the Hawaii Ballroom, followed by family members of deceased veterans carrying photos of their respective veteran into the ballroom. The photos were displayed at the front of the ballroom during the event.

Gov. David Ige offered remarks, as did Honolulu Mayor Kirk Caldwell and Adm. Harry B. Harris Jr., head of the U.S. Pacific Command. The governor’s father, Tokio Ige, volunteered for the 442nd RCT and was sent into combat as an early replacement to the 100th, whose ranks had been depleted by casualties.

“Your dedication to our country in the face of incredible adversity inspires me each and every day,” said Ige. He said the veterans taught the world what it means to be “a proud American,” a concept that transcends race, color and nationality.

“It never feels like we can adequately express our gratitude for all that you have done for our country and for me, personally,” he said. “Instead, I hope that we have demonstrated our thanks by becoming better leaders, better citizens, and better sons and fathers or daughters and mothers. I hope that we are working toward the kind of world that you envisioned when you returned,” concluded Ige.

Mayor Caldwell addressed the veterans, saying, “There was a time when your country stepped backward and you stepped forward.” He called the 442nd veterans examples of what it means to be a patriot.

“Hawai‘i was transformed because of their experience,” said Ninomiya, who is currently expanding the video to share more “Dream Big!” stories. The video, the short version and the expanded version, can be purchased from JN Productions, Inc., www.jnproductions.com, or by calling (808) 845-8567.

Descendants and family members of the 442nd veterans also presented a moving reading of wartime letters and diary entries by the veterans titled, “Okage Sama De: Words of Gratitude and Pride.”

The published mission of the 501 (c)(3) nonprofit 442nd Legacy Center is to “establish, develop, construct, equip and operate a legacy center celebrating the achievements of the 442nd Regimental Combat Team, and to act as an archive and repository of records, artifacts and memorabilia of the 442nd Regimental Combat Team.” Plans call for the current clubhouse on Wiliwili Street in McCully to be converted into a museum that will celebrate the accomplishments and legacy of the 442nd RCT.

(Postscript: 442nd Legacy Center president William Thompson passed away in mid-May. Also, Adm. Harry Harris retired from the Navy at the end of May. The U.S. Senate recently confirmed his appointment as U.S. ambassador to South Korea.) 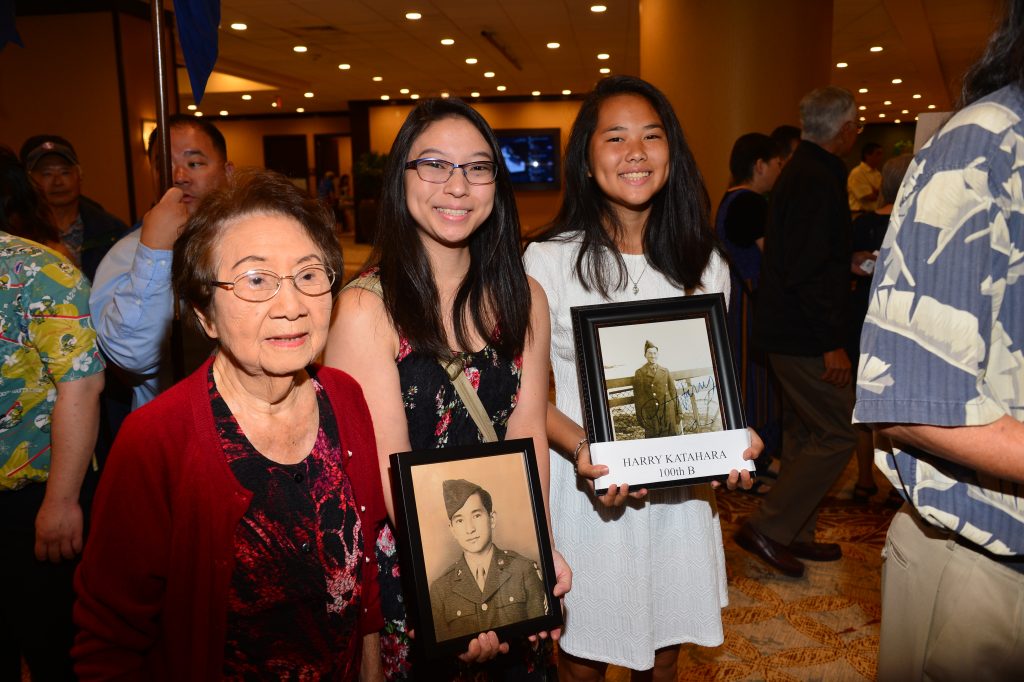