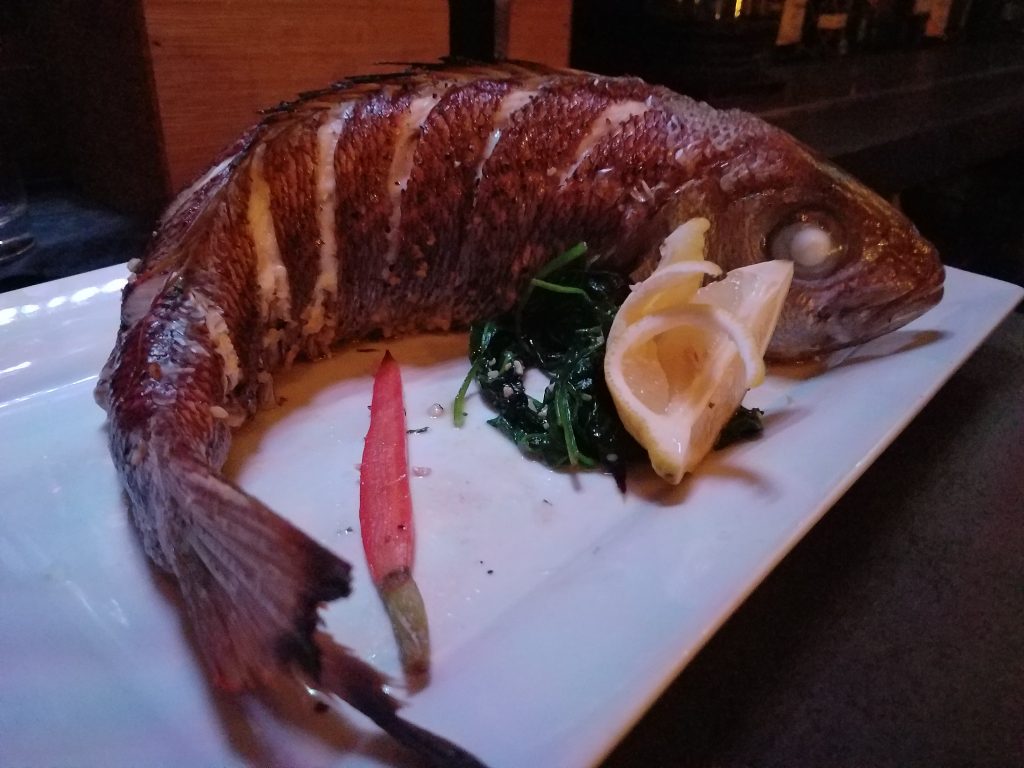 The 1920 to 1933 nationwide ban on the production, importation, transportation and sale of alcoholic beverages — the period commonly known as Prohibition — was intended to reduce family violence, political corruption and alcoholism. It also, however, reduced tax revenues and spurred gang violence, as organized crime took over the illegal alcohol trade. Alcohol consumption fell by about half during Prohibition and beyond, but it also drove the drinkers underground, primarily to speakeasies, those illicit establishments where alcohol was sold behind closed doors. At one point, there were an estimated 100,000 speakeasies in New York City alone. Many of them were fronted by legitimate-looking businesses with hidden doorways where only patrons who knew the password were allowed to enter.

The ratification of the 21st Amendment on Dec. 5, 1933, ended Prohibition. There are still a few “dry” counties in some parts of the United States, but for the most part, we can now enjoy a glass of wine or a cocktail out in the open.

Return of the Speakeasy

Legal or illegal, there’s something mysterious and enticing about an illicit drinking establishment that requires a secret password in order for patrons to enter.

In the past three months, two speakeasies quietly opened on O‘ahu. Maybe they opened quietly because speakeasies were meant to be hidden from law enforcement and the general public.

It could also be that local mixologist Dave Newman saw his project being pushed back month after month after month. His speakeasy, Harry’s Hardware Emporium, was supposed to have opened in March 2017. After numerous delays, Newman’s place finally opened in late December. True to the speakeasy concept, the exterior of Harry’s looks like an old hardware store with the entrance actually inside sister establishment, Pint + Jigger.

Kailua’s Gaslamp is named after San Diego’s Gaslamp district, where the Kailua creator, Josh VanEmmerik, attended college. It is located inside Kailua Town Pub & Grill. Patrons enter Gaslamp through an old telephone booth at the end of the bar in Kailua Town Pub & Grill. There’s a second telephone booth adjacent to the restrooms that actually leads nowhere. We realized this after knocking on the door several times. The entrance to the real telephone booth is usually staffed by a young woman dressed to the nines, sometimes even in a flapper costume! That should be a giveaway, as most of the Pub & Grill customers are dressed in shorts, T-shirts, baseball caps and rubber slippers.

The Mrs. and I visited Gaslamp on the same day as the false ballistic missile alert. In fact, the alert may have had something to do with our decision to visit Gaslamp then, rather than later. When we approached the woman in black at the telephone booth, she asked us what business we had there.

Let me explain. When you make your reservations at Gaslamp through the online website Resy, you are required to enter your cellphone number so that they can text you your secret password to enter. Looks like someone wanted to lighten the mood of that stressful morning.

Once you step inside the dimly lit space that is Gaslamp, you travel back in time to the days of Prohibition. The room is about the size of a large bedroom with retro chandeliers. A saxophonist plays live music about 8 feet above your head. His silhouette against the yellowed glass tiles gave off a vibe that was somewhere between Prohibition and “Mad Max in Thunderdome.”

Ambiance alone, however, does not complete the experience, so onward to our sampling of some handcrafted cocktails.

The Mrs. sampled this with gin as the base spirit. It was somewhat like a Moscow Mule with more citrus flavors. Very refreshing!

My first choice was somewhat like my favorite cocktail, the Negroni, with a slight bitterness from the Aperol and Bonal, but also with a caramelized sweetness from the Bonal and just enough citrus to balance the flavors.

A play on the classic Boulevardier, which is a Negroni created with bourbon instead of gin. This cocktail also employed the bitter artichoke liqueur Cynar for the sweeter red vermouth. I may have to steal this idea . . .

The Mrs.’ second libation was a light and refreshing drink that paired very nicely with the whole steamed ‘öpakapaka we sampled.

The Dealer’s Choice is really your choice. You tell mixologist Clark Dean what type of spirit you favor, along with your preference for sweet, sour, bitter or all of the above . . . and he’ll create a libation just for you. My cocktail contained rye, Campari and Metaxa. Absolutely no complaints from me . . .

Gaslamp also features 16 different beers on tap, including a couple of local brews and wines by the glass and bottle. To help blunt the sudden effects of libations on an empty stomach, Gaslamp also offers several menu items, including the aforementioned steamed ‘öpakapaka (the fish of the day varies and is offered at market prices) and the Tomahawk chop, a large bone-in ribeye for $99. Both are meant to feed several patrons, with various charcuterie and cheese platters and mini filet mignon offered as “sliders.”

The steamed ‘öpakapaka (between $60 to $100, depending on the weight) was perfectly cooked, served with baby carrots and sautéed spinach and drizzled with an Asian-inspired vinaigrette, just as whole steamed fish served in Chinese restaurants is drizzled with hot oil. It filled us for the evening and provided yet another dinner the next day.

We also sampled the half Artisan Cheese and Cured Meat Board ($19) with several cured meats, cheeses and a house-made blueberry and rosemary compote — I think saltier nibbles like charcuterie and cheese balance the alcohol burn of stronger cocktails.

I ended the evening asking the barkeep to make me his version of my favorite libation, the Negroni, which I always order when patronizing a bar for the first time. It was very good, although I still like my own handcrafted version. We’ll be back to Gaslamp
. . . even if there’s no missile threat. 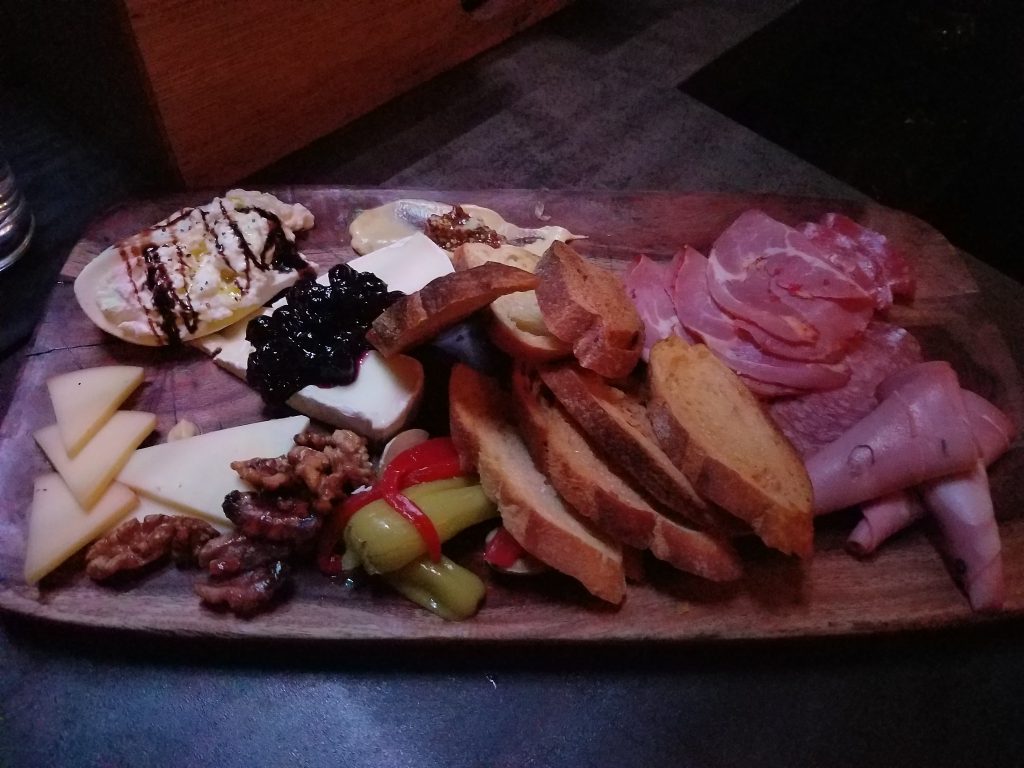