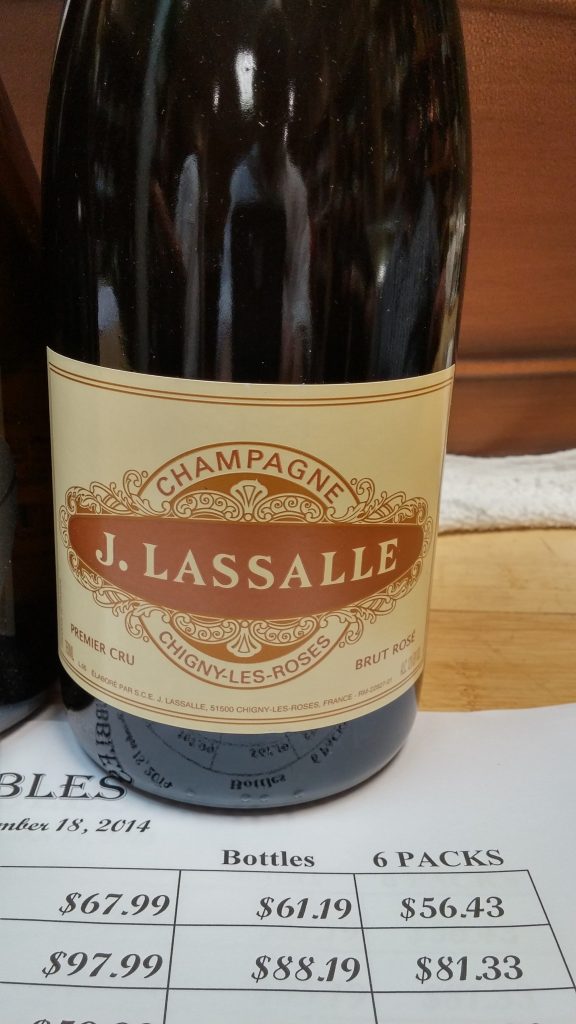 Now that we are officially into the holiday season, I decided to highlight some beverages that are sure to add to your holiday merriment.

For starters, nothing says cheer like champagne or sparkling wine. After winning their second championship in three years, the Golden State Warriors are said to have popped 150 magnums (1.5L bottles) of Moet Chandon Imperial Golden Luminous — although the bottles they sprayed their locker room with were closer in price to $120 per magnum. Even at $120 each, what a waste that it showered the lockers and wasn’t instead consumed. But I guess bubbly does say CELEBRATION! 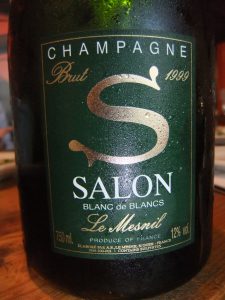 Bubbly for All Budgets

The holidays are the one time of the year when most people splurge on everything, including adult beverages. You can spend upwards of $200 to $250 for Dom Perignon, Crystal or Krug. For half (or even less) that amount, you can also enjoy champagnes made from start to finish in a single house. These Récoltant-Manipulant, or grower-producer champagnes, are houses in which the owner plants the grape vines, tills the field, picks the fruit, and performs the primary and secondary fermentation. They also do the final blending of the finished bottle of champagne. In other words, they are as involved in the final product as an artisanal-created Cabernet Sauvignon from Napa Valley.

Most of the large champagne houses (Négociant-Manipulant, or NM) purchase fruit from a variety of growers and do the fermentation and blending end of the production. It’s not that buying fruit is a bad thing — after all, it allows the large houses to release non-vintage champagne that tastes the same every year. As local master sommelier Roberto Viernes once stated, “Krug may not be your favorite champagne, but you know it’s Krug when you sip it.”

Grower-producer houses are limited to their own vineyards, so the taste can vary from year to year. Personally, I find that appealing. The grower-producer houses are much smaller than corporate houses such as Moet Chandon, Louis Roederer or Veuve Cliquot, so they aren’t as well known and do not command the same price, which is even more appealing.

One of my favorite grower-producers is the house of J. Lassalle. Jules Lassalle got his start in 1942 growing grapes. His wife Olga started making wine in the mid-1950s. Their daughter, Chantal Decelle-Lassalle, eventually took over the reins as the second-generation winemaker, and, since 2005, granddaughter Angéline Templier has been crafting the champagne.

Templier brought three of the J. Lassalle champagnes to the Hawaii Food and Wine Festival — and all three were exquisite! If the Halekulani, where the tasting was held, offered any of these for retail sale, I would have purchased a case of each!

• 1998 Krug: I tasted this at the Hawaii Food and Wine Festival about five years ago and paid the king’s ransom to secure a bottle that is still in my cellar.

• 2002 Lanson Gold Label: I’ve sampled this on several occasions and it’s still as delicious as I remember the first time.

• J. Lassalle: I’ll never turn down a glass of this favorite, and I can actually afford to buy it regularly.

• Jacques Selosse: This is the master of wines that expresses the earth; unfortunately, its price and scarcity mean your first tasting is likely your last.

Blanc de Noir Champagne (only made from Pinot Noir and/or Pinot Meunier):

• Mousse Fils: I’d never heard of this label until I tried it. It was very tasty.

Blanc de Blanc Champagne (only made with Chardonnay):

• Salon: The bubbly chardonnay that sets the standard by which all others are compared.

• Pierre Peters: This speaks of the limestone soil.

There are also champagne’s cousins: Prosecco from Italy, and Cava from Spain. Like champagne, Cava is made primarily from three grapes. Unlike the Pinot Noir, Pinot Meunier and Chardonnay in champagne, however, Cava features Macabeo, Xarello and Parellada, all of which are whites grapes. Technically, Cava is a Blanc de Blanc, though, sometimes, houses add a little Cabernet Sauvignon, Garnacha or Monastrell to produce a rose sparkler. It is still produced in the methode traditionale, like champagne.

Prosecco, on the other hand, is produced in the Charmat, or bulk process, whereby secondary fermentation (to produce the bubbles) occurs in large stainless steel tanks instead of individual bottles. This Charmat process isn’t as costly and preserves the fresh, fruity qualities of the Glera grape. It also means, however, that you will pay a reasonable price for a bottle of Prosecco. Most bottles cost less than $20. This lower cost also means you won’t mind adding mixers, such as fresh fruit purees or other flavored liqueurs, to your flute of bubbly. It will still feel festive. Try doing it with a flute of Dom Perignon.

Several of France’s large champagne houses have set up shop in the United States, including Domaine Chandon, Mumm Napa, Roederer Estate and Domaine Carneros. Their basic bottles of bubbly range from $25 to $40, which is much less than the made in France variety and there’s no need to shudder adding a mixer to your bubbly. These domestic varieties are produced from the same grapes in the identical methode traditionale.

Napa Valley is also home to purely domestic sparkling wines such as Schramsberg, Iron Horse and En Tirage, which use the methode traditionale process of creating their sparklers with the same three grapes, although their roots are in California.

Closer to home, we have Maui Wine’s Rose Ranch Lokelani sparkling wine. Besides making merry, you will also be supporting our local economy.

Whether you select a bubbly that is a $10 Prosecco or a $250 Cristal, sparklers always taste better when sipped from the proper glassware — a tall, fluted glass with an inward curved lip to preserve the fine stream of effervescence and the aromas concentrated at the lip, thus maximizing the tasting experience.

Whichever bubbly you select, please imbibe responsibly or have a designated driver or ride share, because you’ll want to repeat the experience when it comes to sparkling wine. 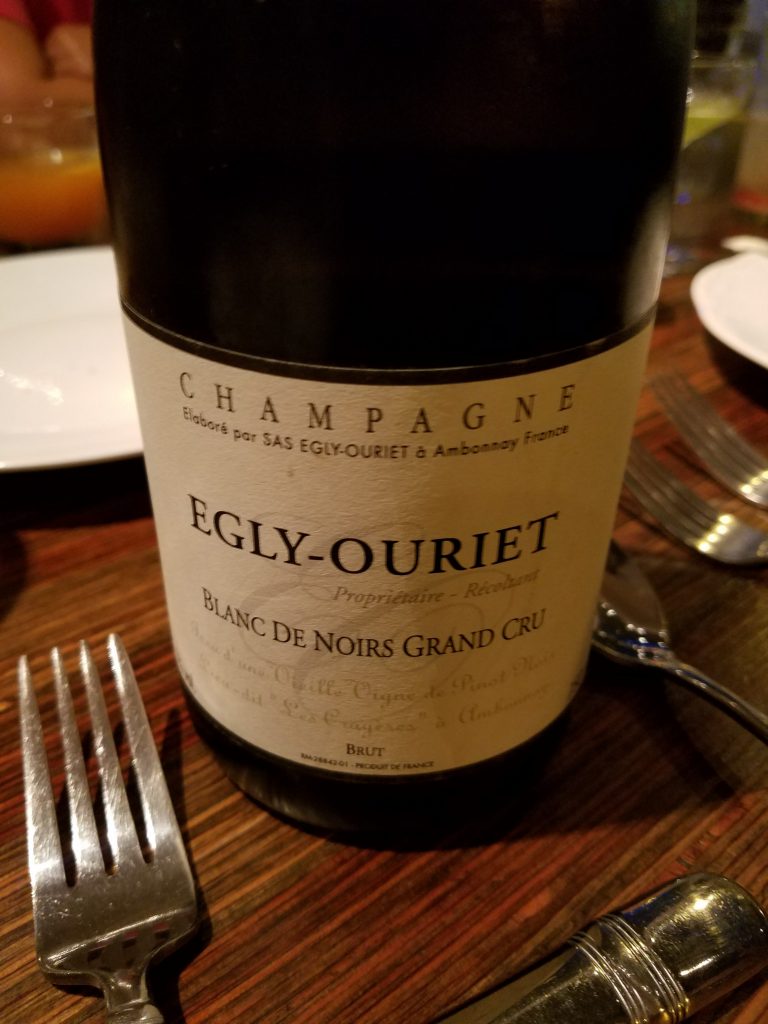