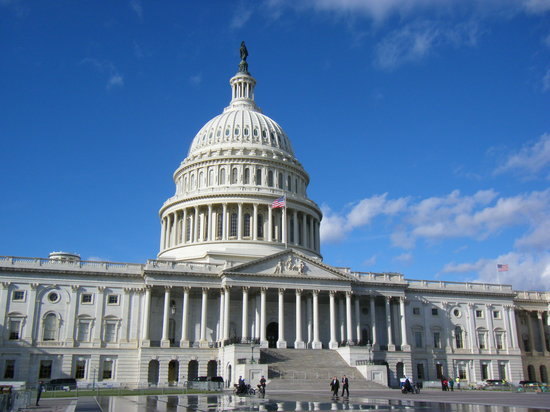 On Nov. 2, the proposed Tax Cuts and Jobs Act of 2017 was released to the public. The Republican-sponsored bill introduced by the U.S. House of Representatives is intended to simplify America’s tax code. It offers many changes, which we will review in this column.

The change most relevant to estate planning is the proposal to eventually eliminate the estate tax, which was done for one year in 2010. There is currently a $5.49 million exemption from estate tax at death (or the exemption may be used for gifts made during life). This means that a married couple that has planned properly can pass away with $10.98 million going to their heirs free of estate tax. The federal government taxes assets above the exemption amount at 40 percent at the time of death. (The same applies to amounts given away during life that are in excess of the exemption amount.) The Tax Cuts and Jobs Act immediately doubles the exemption amount to $10.98 million per person and eliminates the estate tax completely by the year 2024 — unless Congress reverses this change after the next election cycle.

When the estate tax was first introduced in 1917, it was a tax only for the super ultra-wealthy. It was a 10 percent tax on assets exceeding $5 million. Adjusted for inflation using the Consumer Price Index, that’s equivalent to only taxing 10 percent on the excess assets in estates worth more than $104 million in 2017 dollars. By comparison, doubling the $5.49 million exemption and still charging the 40 percent tax doesn’t seem like much of a tax break for the somewhat wealthy. But, given that the estate tax accounts for less than 1 percent of the federal revenue, this change should not have much of an effect on the budget.

On another note, the bill proposes to keep the “step-up” in basis for capital gains tax purposes on assets in the estate. Thus, heirs will still be able to sell inherited assets and pay little to no capital gains tax using the asset value of the owner on the date of death as the basis rather than what the owner paid for the asset.

Although the standard deduction would be significantly increased, benefitting many low-to-middle-income tax filers, low-income households with more than one child could be hurt by eliminating the deduction for each child, which is currently allowed.

Other proposed changes to the tax code include eliminating most itemized deductions, including medical expenses, student loan interest, alimony payments, moving expenses, losses from theft or casualty and even tax preparation fees. Deductions for state and local taxes will be limited to $10,000.

Additionally, the mortgage interest deduction would only apply to persons buying a home on a mortgage loan of up to $500,000. Under current law, interest can be deducted on loans of up to $1 million. The deduction would not apply to home equity loans or for second/vacation homes.

On the bright side, this bill would do away with the Alternative Minimum Tax, which is an excessive complication. It would also reduce the maximum tax rate on business income to 25 percent for small business owners with pass-through taxation in the form of a partnership, sole proprietorship or S-corporation.

The nonprofit Tax Foundation, America’s leading independent tax policy organization, estimates that these tax cuts will stimulate the economy to the tune of a 3.9 percent higher GDP in the long term, 3.1 percent in higher wages and the creation of 975,000 jobs. The marginal tax rates would be significantly reduced, but the foundation estimates that economic growth would increase overall federal tax revenues by almost $1 trillion over the next 10 years. That would bring the plan to a net neutral effect on government revenues while increasing taxpayers’ after-tax incomes by 4.4 percent in the long run.

As this column is being writing, the bill has yet to pass both houses of Congress. If and when that happens, it must then be signed into law by the president. Besides its Republican sponsors, the bill appears to have some Democratic support.

Whether this law will pass, and whether it’s good for the country are yet to be seen. One thing we think almost all of us can agree on is that simplifying the tax code and the tax preparation process would be a tremendous improvement.

The lawyers at Okura & Associates focus their practice on estate planning to protect assets from nursing home costs, probate, estate taxes and creditors.

This column is for general information only. The facts of your case may change the advice given. Do not rely on the information in this column without consulting an estate planning specialist.