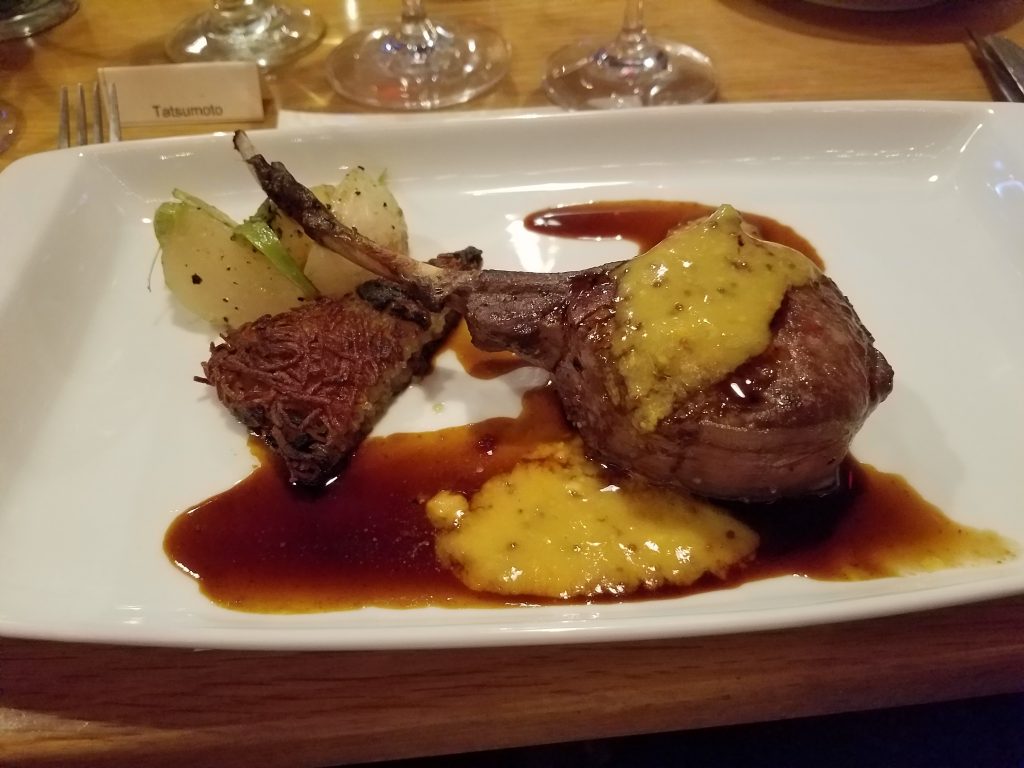 Since remodeling its private dining area a year or so ago, 12th Ave Grill in Kaimukï has been hosting monthly dinners featuring four- or five-course meals paired with vino specially selected by wine director Rick Lilley. Sometimes the dinners highlight a specific winemaker as the guest of honor. On other occasions, certain wines are highlighted, such as the release of 12th Ave Grill’s own private wine label.

The event I attended highlighted Hawaii Ranchers and the sustainable beef, lamb, venison and eland they raise on our neighbor islands.

For starters, there is a limited supply of all natural resources — even our sun will extinguish its flames someday in the very distant future. But our fuel and food supplies have a much shorter “shelf” life. For instance, wild bluefin tuna, or maguro, probably will not be around for another generation due to overfishing. Wild king salmon is also getting scarcer each fishing season. To make matters worse, Hawai‘i is a small island state in the middle of the Pacific and must import most of its food (and dry goods) from Mainland sources. Something like a work stoppage can magnify the effects of unsustainable practices. Ask an older relative about the ILWU dock strike of 1949, or the 1971 West Coast dock strike. So, while it’s highly unlikely that Charmin will start manufacturing toilet paper locally, we can still try to grow our own food.

Several independent ranchers on the neighbor islands started an organization to promote the marketing of their products, including beef, lamb, venison and eland. Since 12th Ave Grill regularly serves these proteins, it was only fitting that they host a dinner highlighting them.

Chef/owner Kevin Hanney has been a strong proponent of locally sourced products since opening 12th Ave Grill more than a decade ago. Maybe it’s those degrees he holds in natural resource conservation or renewable energy and solar architecture, but one thing is for sure: I have never been disappointed with food from 12th Ave Grill. Not ever.

Since most people are familiar with beef, I won’t highlight locally raised beef except to say that I think grass-fed beef, while potentially a little tougher since it doesn’t usually develop the fat marbling like corn-finished beef, has a better, beefier flavor. Applications such as slow braising, sous vide cooking or simply grinding nullifies the advantage that corn-fed beef has in texture.

The Robinson family of Ni‘ihau originally imported New Zealand sheep and continue to import the best breeds based on size and flavor. Niihau Ranch allows these animals to roam freely, so they truly are free range. The ranch also imports eland.

Eland belong to the antelope family and are native to Africa’s dry deserts, which is why they thrive in Ni‘hau’s arid conditions. But these aren’t those petite, graceful animals you saw on “Wild Kingdom” back in the day. A full-grown bull can be 6 feet at the shoulder with solid horns rising another 3 feet. Imagine a Clydesdale horse (yes, the Budweiser horse) with menacing-appearing 3-foot-long horns. That’s an eland. The ranch also raises venison (axis deer), which was brought to Hawai‘i for the first time in the 1800s and are once again, are allowed to roam free until they are harvested.

Venison and eland cannot be herded to a slaughterhouse, so they are harvested, like a hunter would bag his quarry. The ranchers first fly a U.S. Department of Agriculture inspector to the ranch. Each animal is then dispatched via hunting rifle. The only difference between this harvest and a regular hunting trip is that the animal has to be dispatched with one properly placed shot, or the USDA inspector will not allow that animal to be sold commercially. It is then dressed (gutted and cleaned) and flown to Kaua‘i, as Ni‘hau does not have a commercial refrigeration facility.

As previously mentioned, although grass-finished beef usually has a tougher texture, thinly sliced raw beef nullifies the textural aspects. This version with rich beef flavor was perfectly balanced with salty cheese, bitter arugula and tart calamansi. I literally can make a meal with two — or five — plates of carpaccio.

Eland is very lean (95 percent lean), so it’s important that it is not overcooked, thereby toughening the flesh. This cut, which was the equivalent of rib eye, was still tender. The bone marrow added fat while the citronette dressing balanced the rich flavors. With every meal, I need more kohlrabi (a root vegetable also known as German turnip or turnip cabbage) fries!

Osso bucco (traditionally, veal shank) is one of my favorite cuts. The long braising releases the connective tissues (collagen) to produce unctuous gravy and the lemon gremolata (minced herb, garlic and citrus rind) cuts through the rich flavors.

If you always thought of venison (and lamb) as having gamey flavors, you would have been surprised by this cut — you probably thought you were eating the best filet mignon that just so happened to be attached to a rib bone. I’m also sure this venison would make a great tartare!

The citrus and acid from the strawberries cleansed the palate of an extraordinary meal with rich and balancing flavor profiles. 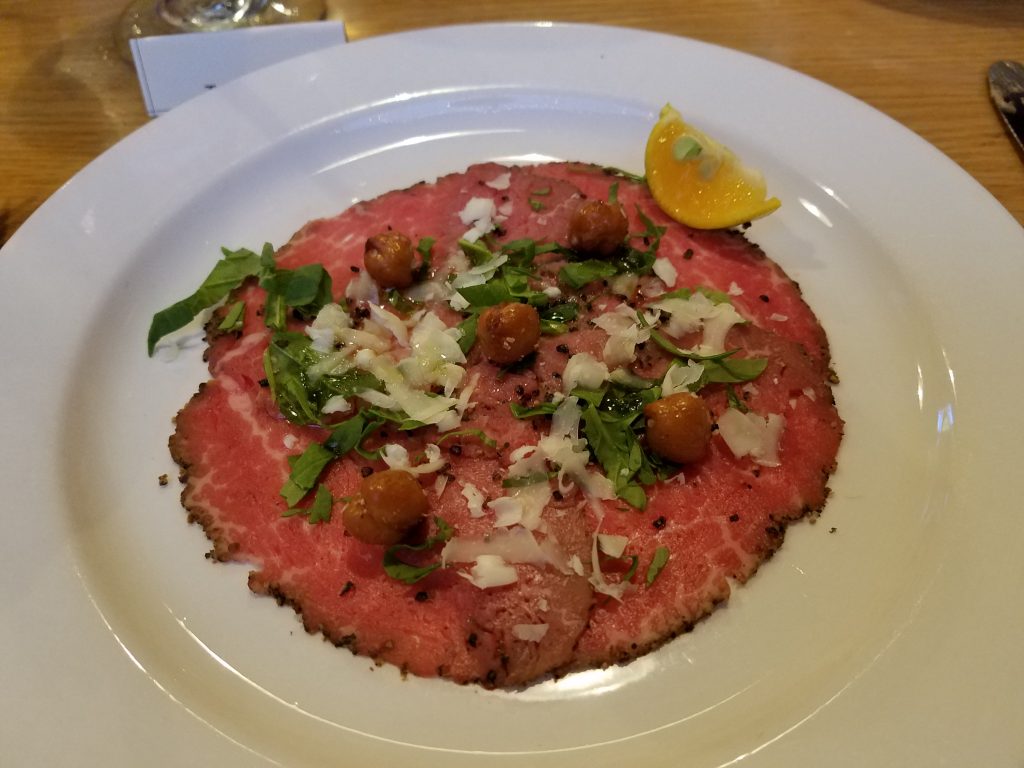