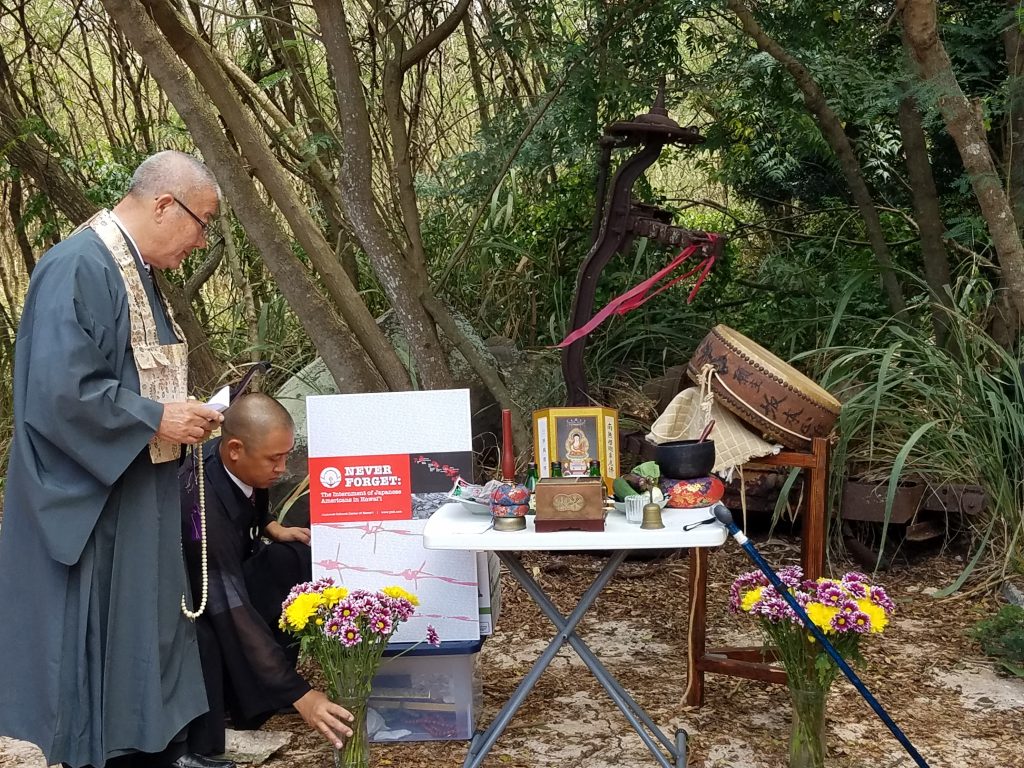 A special obon service was held at Honouliuli National Monument to celebrate the finding of a taiko drum earlier this year at the Nichiren Mission of Hawaii. The taiko was inscribed with the word “Honouliuli.”

This past February, Professor Naofumi Annaka and Dr. Naomi Sasaoka of Rissho University in Tökyö were doing research at Nichiren Mission of Hawaii. They looked at all of the artifacts in the temple storage room, including the numerous taiko drums kept there. As Professor Annaka looked at each drum, he discovered one with writings on the bottom that said “Prayer at Obon Service, on August 15, 1944, at Honouliuli Confinement Camp.” It also included three people’s names and a Chinese-style poem.

The taiko was donated to Nichiren in 1921 by Masao Sakamoto. When World War II broke out, Japanese ministers were among those interned at Honouliuli Camp. They included Bishop Kanryu Mochizuki of Nichiren Mission and Bishop Zenkyo Komagata of Soto Mission of Hawaii. Before Bishop Mochizuki was sent to a Mainland internment camp, he gave Bishop Komagata the taiko for safekeeping. While in the camp, the taiko was used for obon services, as was customary in Buddhist worship.

Upon finding the taiko in storage, Bishop Chishin Hirai contacted the Japanese Cultural Center of Hawai‘i, hoping to hold a special obon service at Honouliuli. The service, held at the site of the mess hall, was attended by ministers of the Hawaii Buddhist Council, Consul General of Japan Yasushi Misawa, Japanese Cultural Center of Hawai‘i volunteers, and representatives of the National Park Service and Honouliuli landowner, Monsanto.

The service was conducted by Bishop Shugen Komagata, grandson of Bishop Zenkyo Komagata, and his Hawai‘i-born son, Rev. Shuji Komagata.

Following the service, the Rev. Shuji Komagata and Charlie Fukada, both descendants of Honouliuli internees, read poems written by the internees. Fukada’s grandfather, Kyuzo Fukada, was interned at Honouliuli. Flower petals were scattered by those in attendance while a recording of “Honouliuli Song,” written by Alvin Okami, was played. 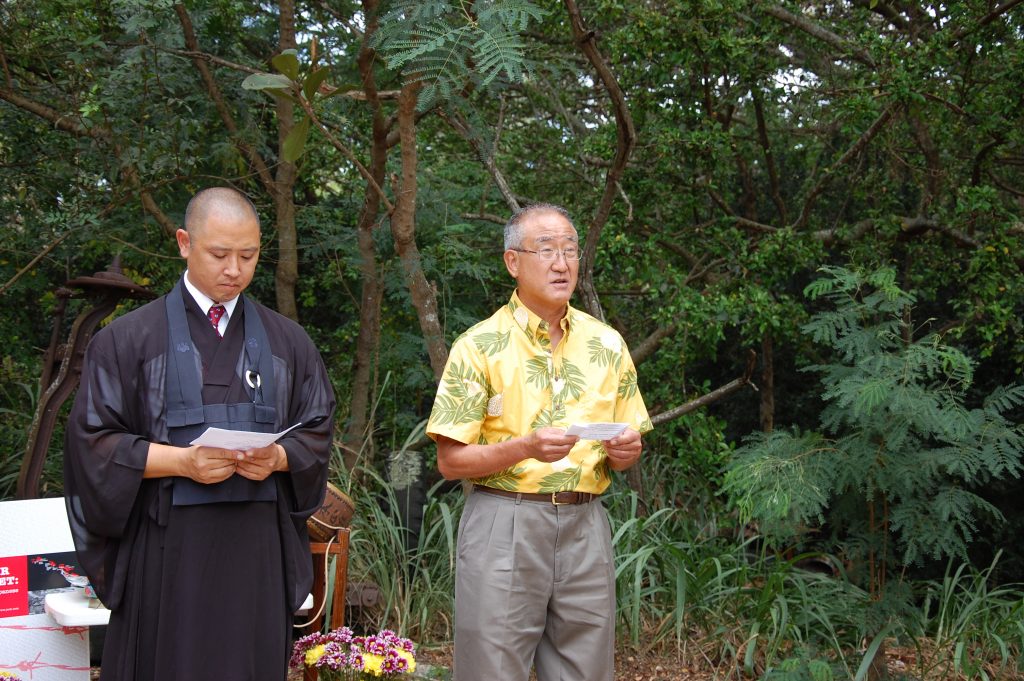