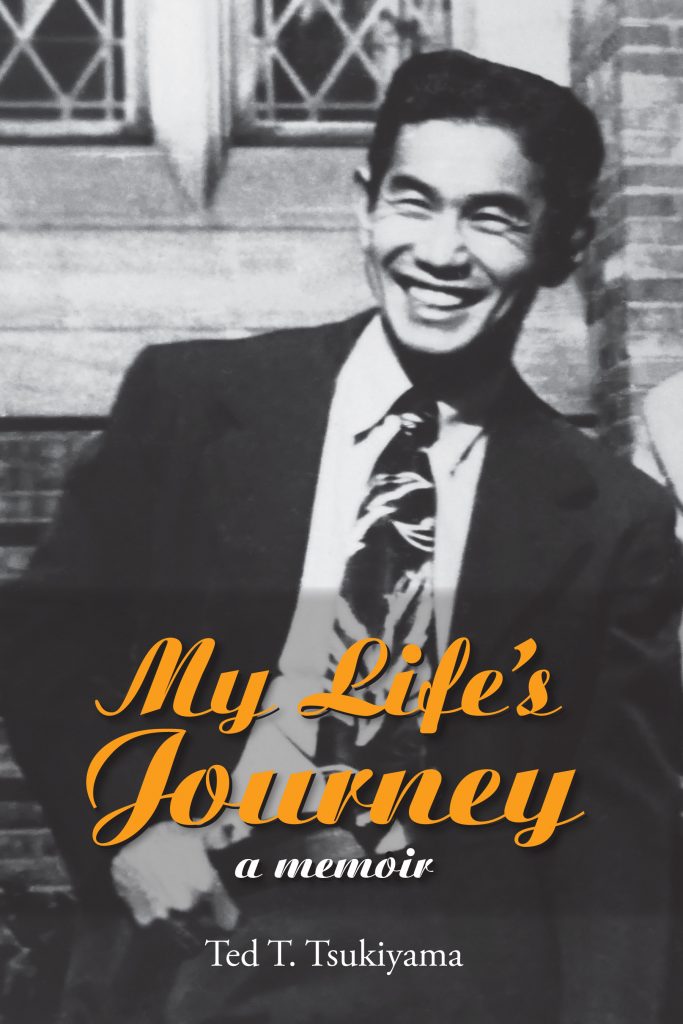 As a young boy, Ted Tsukiyama was cast in an Ali‘iolani Elementary School Thanksgiving Day play as Captain Miles Standish, commander of the Plymouth Colony, a representative American who founded and forged the shape of the country. The experience made a deep and lasting impression on Tsukiyama — so much so that it came as a shock years later, in the weeks after Japan’s Dec. 7, 1941, attack on Pearl Harbor, that he and other Japanese Americans serving in the Hawai‘i Territorial Guard were told they were being discharged.

“We were hit with the painful reality that we Japa-
nese Americans were being rejected and disowned by our own country, just because we bore the face of the enemy,” Tsukiyama wrote in his newly released memoir, “My Life’s Journey.”

“This crushing blow was, to us, far worse than the attack on Pearl Harbor. It never had occurred to us that our status and loyalty as Americans would be doubted or challenged. As I said, in my mind I was descended from Captain Miles Standish. We were shocked and angered that our country had been ruthlessly attacked by Japan but we were proud that we had been given guns to defend our country.

“Suddenly we were declared suspect, unacceptable, unwanted and distrusted.”

In the years since that day, Ted Tsukiyama has proven that he is as much a representative American as the Pilgrims and has shown himself to be a better American than all those who doubted the loyalty of those of Japanese ancestry. At age 96, Tsukiyama looks back on a personal history that stretches back to his birth in the years following World War I; though the Great Depression; his years in the University of Hawai‘i ROTC, which was activated on Dec. 7, 1941, as the Hawai‘i Territorial Guard; and his subsequent service in the Varsity Victory Volunteers, a volunteer labor battalion formed by the expelled HTG soldiers. Tsukiyama went on to serve with pride and distinction in the Army’s segregated and all-volunteer 442nd Regimental Combat Team and then with the Military Intelligence Service as an intelligence officer in Burma. After the war, he would become the first Japanese American to enroll in Yale Law School and go on to become one of Hawai‘i’s foremost experts in alternative dispute resolution, writing 800 final arbitration decisions and awards.

Add to that his decades as an avid disciple of the art of bonsai and a respected community historian of the war years, the 442nd Regimental Combat Team and the Military Intelligence Service, and Ted Tsukiyama has lived a full life. So it’s disappointing that his memoir is such a slender volume that marches through his early years to present day in lawyer-like fashion. The book contains photographs of a young Tsukiyama posing with Kachin tribespeople who were allies in Burma, but there’s only passing reference to them. Readers may be left wanting to hear more about his wartime experiences with the MIS in Burma. But Tsukiyama is not one for idle gossip and he’s much too modest about his adventures as a young man to go into any great depth about his experiences.

Nonetheless, this is a useful book, well worth reading to gain insight into and understanding of the men and women who built modern-day Hawai‘i. It is a memoir filled with respect, love and honor.

Tsukiyama’s family, in some ways, was unusual in that they were Christians who did not experience plantation life. They lived in the racially mixed neighborhood of Kaimukï, “. . . which included a lot of haole, allowed me and my family to live without any feelings of inferiority to, or social awe of, haole. I always assumed that I was just as good as (in some cases even better than) my haole peers.”

Perhaps that’s why the day the Hawai‘i Territorial Guard dismissed its Japanese American soldiers contributed to Tsukiyama’s feeling that “the very bottom had dropped out of our existence!”

In summing up, Tsukiyama assumes an almost wistful tone. He recognizes that he’s outlived most of his buddies and wartime comrades. His wife, Fuku — “the love of my life” — passed away on Sept. 3, 2014. Of her, he says: “The memory of our rich life together is always with me.” As he looks back over a long life well lived, Tsukiyama remains ever the optimist, but concerned that the current generation is all too prone to forget history and the contributions of earlier generations.

“The events of the VVV, the HTG and the 442 that were so vividly real for me and my generation are in danger of becoming ancient history or even a past that is unknown to today’s young people,” Tsukiyama warns. “In the belief that all will not be forgotten, I hold up this story as a chapter in Hawai‘i’s history, and as a page in America’s, in which Hawai‘i and the nation took a step forward.”

Read this book and learn what it was like to grow up in Hawai‘i over the past century with an Asian face and an American heart.

Gerald Kato is an associate professor and chair of the University of Hawai‘i at Mänoa’s School of Communications. He is a former newspaper and broadcast journalist who covered government and politics in Hawai‘i for many years. Kato also served as an interviewer on the oral history project for the late U.S. Sen. Daniel K. Inouye.