In the folklore of Hawai‘i politics, the unsung workers and volunteers who support the candidates from one election to the next proudly refer to themselves as “sparrows.” They tirelessly walk the neighborhoods, hang those campaign brochures on your doorknobs, stuff envelopes and sign-wave zealously on the side of the road. 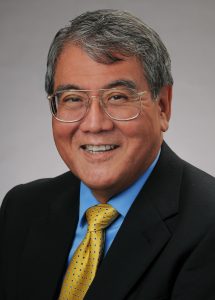 In his just released book from Watermark Publishing, “Campaign Hawai‘i: An Inside Look at Politics in Paradise,” attorney Rick Tsujimura explains that “sparrows” was the designation given to people like himself by the legendary Robert C. Oshiro, former chairman of Hawai‘i’s Democratic Party, who famously ran Gov. John A. Burns’ 1970 re-election campaign and many other campaigns in Hawai‘i. Oshiro, the late father of current state Rep. Marcus Oshiro, is the spiritual presence in this memoir by Tsujimura, who has spent nearly half a century as a “sparrow.” Although he’s never run for office himself and is rarely seen or heard from amid the campaign hoopla, the low-key Tsujimura is an important backroom Democratic strategist in most of the major election campaigns going back to the 1970s. He was among the group of young people recruited by Oshiro who became true believers in the causes espoused by Hawai‘i’s Democratic Party.

“In Bob Oshiro’s day, ‘work’ also meant seeking the best talent available,” Tsujimura writes. “RCO (Robert C. Oshiro) always gave people a chance to prove themselves and gradually gave promising individuals more and more opportunities. He would coach and counsel them to draw out every grain of leadership they possessed, and promoted them to ever increasing positions of responsibility.” 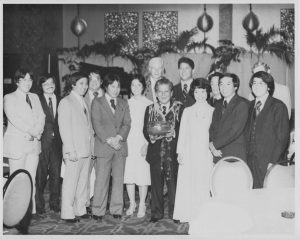 Oshiro became Tsujimura’s “Yoda,” dispensing mystic wisdom on the art of running political campaigns, such as: “Campaigns are like wars. The guy in the foxhole with you becomes your brother — once a comrade in arms, always a comrade in arms. Loyalty is all-important in politics.” And, “Strategy is the single most important element in a political campaign.” And, perhaps most importantly: “Relationships are what count in politics — the touches.”

Tsujimura learned that last lesson well. This book is littered with references such as “my good friend,” “one of my oldest and closest political friends,” “rare individuals,” “a great guy,” “a true friend in life.” Tsujimura has relationships with a lot of people — a lot of touches. Who he knows says a lot about his insider status in the world of campaign politics in Hawai‘i, even as he downplays his key role as a backroom operative.

To read the full article, please subscribe to The Herald!