When I was preparing to leave Hawai‘i for Okinawa almost six years ago, I remember walking in downtown Honolulu, thinking to myself: “This is 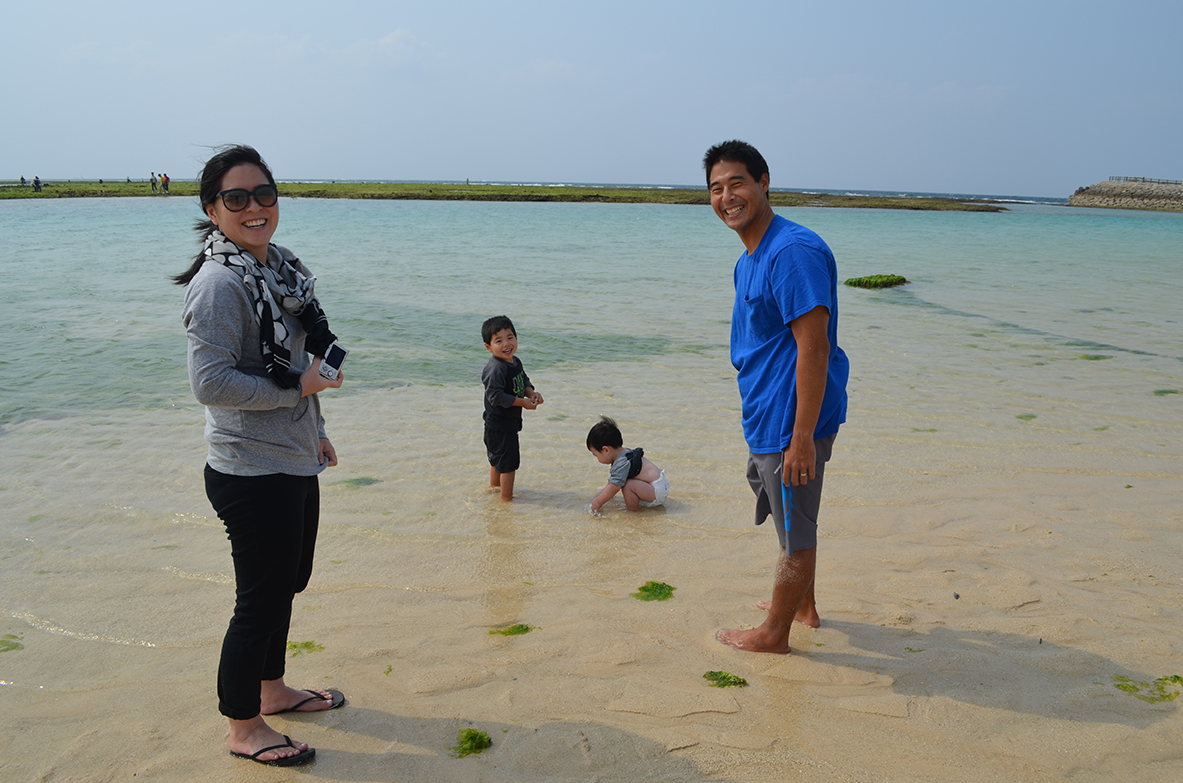 like dying, but being able to see the things and people I love from above.” It was an uplifting and surreal feeling.

This is my last column from Okinawa — in late March, I moved back to Hawai‘i. I want to thank everyone who made my journey possible and my experience priceless. Think about it . . . How many times in your life can you actually do what you want to do over a period of time that’s more than a month? I did what I wanted to do for almost six years and I need to first thank the ones who gave up the most.

First, my kids, and now, my grandkids. I know that my kids had reservations about my moving so far away, but they never said, “Don’t,” and they never complained. There is an unconditional love between parents and their children — and now my grandchildren. When I left Hawai‘i in 2010, I had no grandchildren; now I have four. Maile and her husband Joe have two sons, Micah and Jonah. Leila and her husband Doug have a son, Luke, and a daughter, Abigail. Maile and Leila, and my son Brenner (wife Ayako), all visited me in Okinawa, where they walked upon the soil of their ancestors’ homeland. I don’t know if they would have come to Okinawa when they did, but one reason they did so then was because I was there. I know that their ancestors in Ishikawa are smiling and are happy to have seen them with their own eyes. 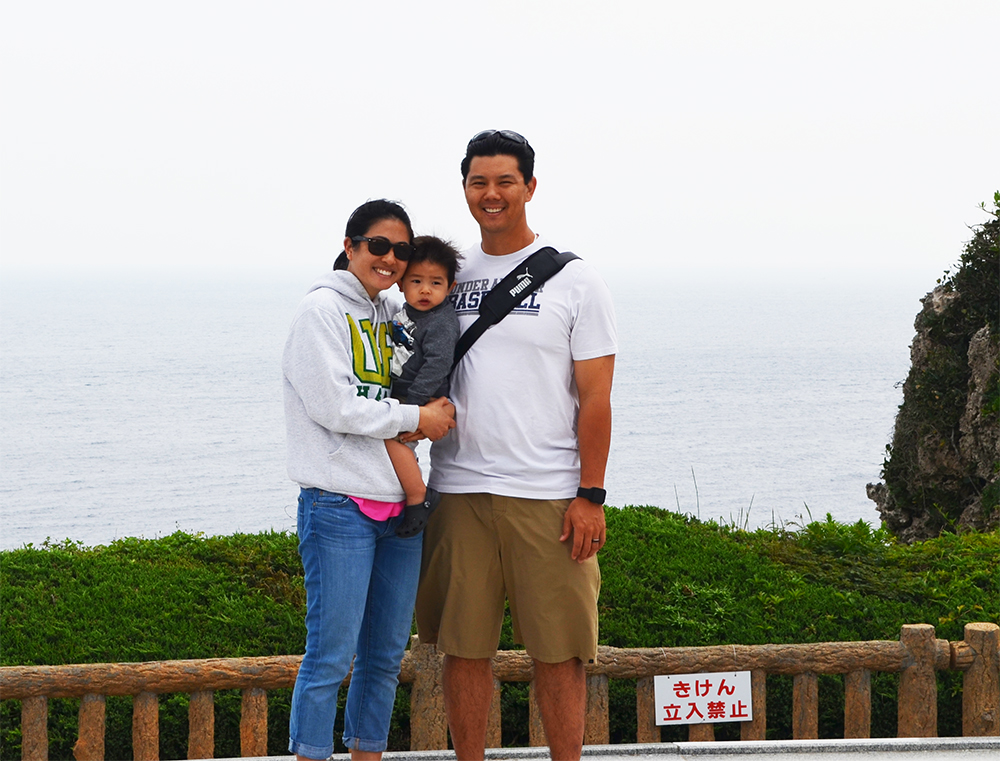 Second, Wendy, Patti and Michelle. I would not have been able to take a leave from my law practice and other business matters without their help. They kept my Hawai‘i life intact, as if I were in Hawai‘i, especially professionally. All three visited me in Okinawa, including Michelle’s husband Aran and sons Noah and Luke (yes, the first Luke in my family).

Wendy and Patti were also stranded with me in Tökyö by the March 11, 2011, earthquake. The three of us made the five-hour hike from Ueno to our hotel in Shinjuku.

Places. Many people ask me what impressed me most or was my favorite thing about Okinawa. The answer is easy: the Peace Memorial Park in Itoman. The setting is beautiful and peaceful, and its message is loud and clear. I was embarrassed to learn about the Battle of Okinawa only after visiting the Peace Memorial. I consider myself well-read and educated, and as a Vietnam veteran, aware of the many sacrifices the military makes for our freedom. And yet, I knew nothing about the 1945 Battle of Okinawa. More than 100,000 innocent Okinawans died in the battle, including Ayao-san’s brother, who was just a child. An equal number of military personnel on both sides also died in the battle that lasted only three months.

People. The simplicity and genuineness of Okinawans is unmatched by any other group of people I have met. Okinawans might be lacking in some things, like letting unattended young children wander about in unsafe situations, junior high school and high school students crossing streets without looking, parents not following child seat laws and police not enforcing those laws. But — and this is a big but — their kindness and generosity is never-ending. I think they are constantly trying to make life easier for everyone but themselves. In addition to the love they gave me, the Noharas’ extended family of sister Eiko and husband Issyo Miyagi, son Tadayoshi Miyagi (wife Mika, son Kanata and daughter Aya), daughter Minako Matsuda (husband Tsuyoshi, son Takehisa and daughter Tokiko) prepared my tax returns and gave me fresh bread every week and coffee for brewing. They always tried to make my life easier.

The Nohara Family. In my life, I’ve been fortunate to have spent lots of time with many great friends and their wonderful families, and having married into the Kaneshiro family — which also includes the Ihas and the Tengans — I have wonderful memories of Ishikawa Club picnics. While I cherish those family bonds, let me say that there is no greater family that I have been a part of than the Nohara family in Okinawa. I would not have been able to survive without Ayao-san and Hisae-chan, Daisuke and Riemi, and their two sons, Yuta and Sota, and, of course, Sugako, who always gave me more than she took. My life was made easy because of their help. But, more than that, it was the total kindness and love that they gave me in Okinawa. Simply put, they are the greatest family I have ever known, and Hisae-chan is the greatest woman I have ever known.

From Hisae’s clipping the end of a plastic spoon to make it fit into my sugar container, to the variety of dinners she cooked for me and either invited me over or delivered, to the fresh tofu she gave me, to helping me deal with government rules and forms, to omiyage she always sent to my friends and family in Hawai‘i, right down to the last day, helping me scrub the walls of my apartment . . . Hisae-chan is simply the golden matriarch of a golden family.

Thank you, Nohara ‘ohana (family). One could not buy the experience I had in Okinawa — it is not for sale. I love you all for making my life in Okinawa possible and priceless.

Final Okinawan word of the week: “Mata mensoree,” which means, “Please come back again.” In Japanese, it is “Mata kite kudasai.”

Dear Hawai‘i Herald subscribers, readers and special people: Thank you for supporting the Herald and for taking the time to read my observations of Okinawa. Thanks also to those who took the time to write to me. I know how difficult it can be to put your thoughts in writing. Thanks, Clarence, for the macadamia nuts for my students.

Thank you also to Gary Mijo, owner of Asahi Grill, who is from Hamahiga Island in Okinawa, for sponsoring this column. The next time you go to

Asahi Grill to eat oxtail soup, please thank him, as well. An extra special “thank you” to Hawai‘i Herald editor Karleen Chinen, a true-blood Okinawan, who added a certain spice to my columns and made it fun for even me to read.

To all of you, it was my pleasure to share a part of my life with you. I hope that all of you get to visit Okinawa some day, especially if you have never been there before. Nifee dëbiru (thank you), Louis

Editor’s postscript: To Louis’ list of thanks, I would like to add our mutual friend, Edward Kuba, retired attorney and past president of the Hawaii United Okinawa Association. It was Ed who introduced me to Louis in 2010 when he forwarded Louis’ first email “letter” to his children and friends in Hawai‘i upon arriving in Okinawa. It was a blast list that, over the years, grew to more than 60 people. Ed thought that Herald readers might find Louis’ observations interesting, and he was right. I emailed Louis and offered to copy-edit his letters and convert them into a monthly column that we decided to call “Haisai Hawai‘i!” The column was an immediate hit, largely because of Louis’ genuineness and his entertaining and easy-going writing style.

I often wondered how long Louis would remain in Okinawa. Wanting to be involved in his children’s and grandkids’ lives was a big part of the pull that brought him back home to Hawai‘i. But I know Okinawa will always be in his heart.

Some readers, especially the Okinawa-philes, are probably curious about who will replace Louis. For now, we’re going to let the sun set on “Haisai Hawai‘i!” Louis was unique as a columnist and almost too good to be true: a Hawaiian-Chinese-Portuguese, non-Okinawan local boy who grew up middle-class in multicultural Kalihi. He was married to a local sansei woman of Okinawan ancestry whose family roots were in Ishikawa, thus Louis’ frequent references to his children’s ancestors in Ishikawa and Ishikawa picnics. So, he had some exposure to the Okinawan community, but he wasn’t by any means a student of Okinawa. I considered that an asset, because when Louis arrived in Naha in 2010, he brought with him only fresh eyes, an open mind and heart and genuine aloha.

Louis’ columns have convinced me that it is simple, every day people-to-people relationships, like the special and enduring bond that took root and blossomed between Louis and the Nohara family, that will lead us to true peace in the world. 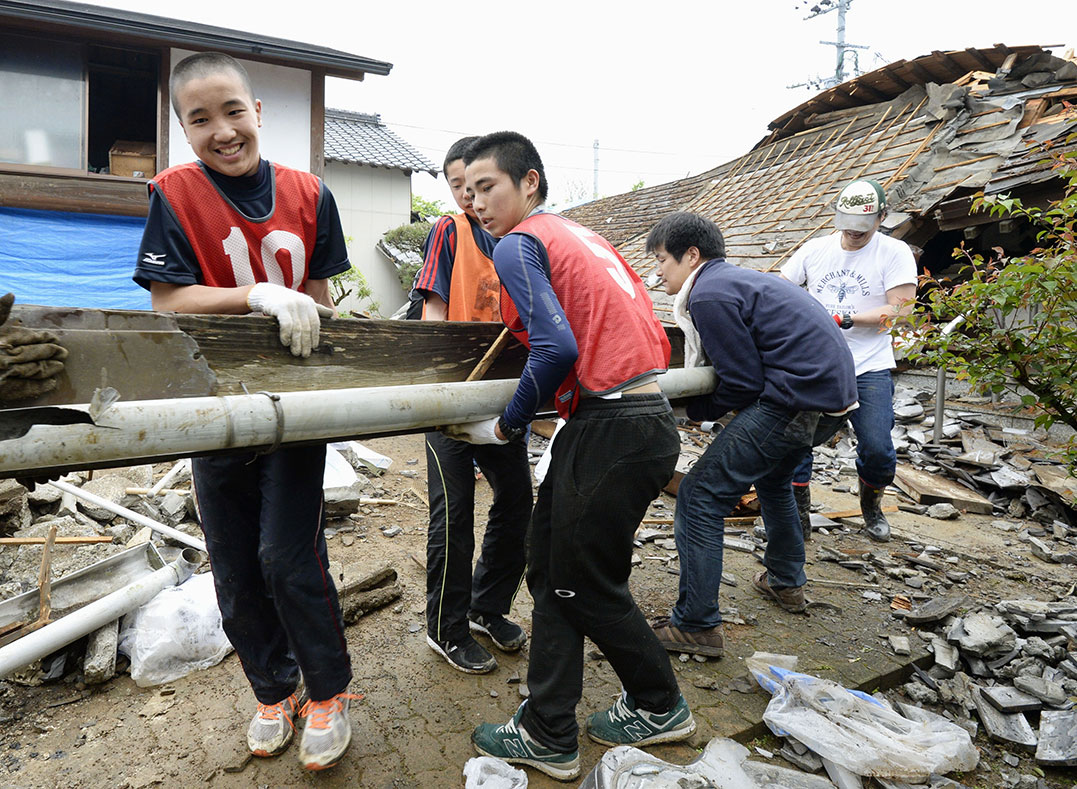 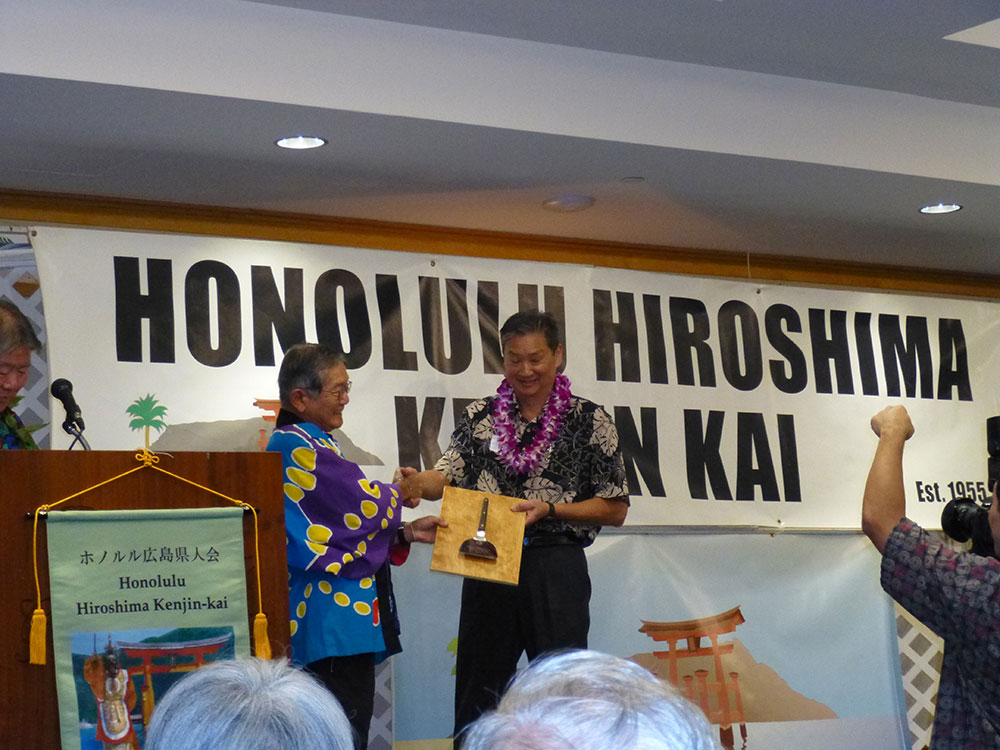