“Downtown Rocket” is about a former researcher at the Japan Aerospace Exploration Agency (Japan’s version of NASA) who is pursuing his lifelong dream to develop a rocket engine. Pursuit of this dream causes Ryohei Tsukuda to single-mindedly focus all of his family-owned manufacturing company’s efforts on developing the engine, at the expense of all other projects.

One day, Ryohei receives an offer to buy his patent for more than $17 billion. Will Ryohei sell or continue to follow his dream?

The 11th season of this popular detective series. Detective, Ukyo
Sugishita, has great insight and cunning skills. His new partner is Toru Kai. Together they solve many mysterious crimes.

Hikari Makita is a police officer with pure motives and ineffective results. Her trusting personality often results in her being deceived by suspects, which gets her relegated to trivial tasks in the cold case resource department.

That is, until Ryunosuke Chajima shows up. Ryunosuke is a clever attorney who is somehow involved in the Tokyo Metropolitan Police Department’s newly formed Cold Case Anonymous Investigation Unit. This unit tackles unsolved cases by offering leniency to suspects for information. Ryunosuke somehow gets Hikari assigned to the new unit, but what is his motive?

Crimes today utilize increasingly clever tricks and techniques. The police and crime laboratories must respond to these crimes quickly and with scientific knowledge. The lab must deal with such diverse tasks as analysis of hair, blood type, DND, voice pattern and handwriting, as well as polygraphs, the reconstruction of facial features, and superimposing. The lab forms the main stage for this drama, which follows a female lab agent as she goes about her work. Mariko Sakaki, the main character, practices forensic medicine at the crime laboratory of the Kyoto Prefecture Police Department.

Bridgette and Ellery are childhood best friends, and their bond becomes even stronger when Bridgette’s parents are killed, leaving her an orphan. Ellery’s father adopts Bridgette, making them sisters.

The best friends/sisters grow up and attain careers they love. Everything is going well until Bridgette meets Jonas. Instantly, she falls in love with him, but he only has eyes for Ellery. After Ellery meets him, they fall in love and marry.

Their happiness is shattered when they learn Ellery cannot conceive. Bridgette steps in and offers to be a surrogate mom through in-vitro, and births a daughter.

Ellery gets into a car accident and is in a coma. Bridgette convinces Jonas to annul his marriage to Ellery for the sake of the baby and marry her.

But what happens to the best friends/sisters if Ellery regains consciousness?

A thrilling story about love and intertwined relationships.

Alex and Cindy find love and inspiration in each other’s arms. However, when Cindy leaves to study abroad, though devastated, Alex decides he must continue his life and pursue his dreams of becoming a photo journalist. Janice, an older woman, works as an editor-in-chief at a famous tabloid, but her successful career is not mirrored in her personal life. Despite her age gap and social differences their special friendship grows into an unlikely romance. Things get more complicated when Alex learns that Janice is Cindy’s mother!

“Sanada Maru” is the 55th Taiga drama from NHK.

The story about the life of the last great commander in the Warring States period, Yukimura  Sanada, whose real name was Genjiro Nobushige Sanada.

Curious and adventure-loving, Nobushige Sanada tore through the the Warring States period and eventually became a legendary commander who even awed the ruler Ieyasu Tokugawa.

He completed the construction of Sanada Maru, which is the last and strongest fortress to defend the most vulnerable gate of the castle during the Siege of Osaka.

The showdown between mother-in-law and daughter-in-law at a traditional Japanese inn continues in this second series. But this time, “the spirit of good service” bypasses international boundaries as some of the main characters venture to Taiwan.

The wildly popular docu-tainment/info-logue that takes you all over Japan seeking out everything from customs, to food and all things interesting. Satisfy your need to know!

“Doctors 3” is a continuation of “Doctors 1 and 2,” which is the popular Doctors series about Kousuke Sagara who is a highly skilled surgeon working at a corrupt hospital.

A competent, but aloof beautiful woman.

A handsome, but unmotivated young man.

Will they propel each other to success in the entertainment industry . . . and beyond?

It’s a girl-meets-boy tale with a twist. The girl, Ichiko, becomes an entertainment agent following an unexpected turn of events. That’s when she scouts the boy, a reluctant young actor named Ryo. Ichiko struggles to transform Ryo into a superstar. And even though he’s disinterested initially, he gradually begins to enjoy acting. Together, the pair navigates the unfamiliar and sometimes choppy waters of show business, rising to the pinnacle of fame. They share the same fate, despite the constant friction. Soon, their professional bond morphs into an emotional one, and sparks fly. “Beauty and the Fellow” is a heartfelt and captivating story of an entertainment power duo in search of success, but destined for love.

This is the story of seven police officers in the district of Hatchobori in ancient Edo. Under the direction of inspector Aoyama, they work together to maintain peace and solve the crimes that plague the locals.

Homicide Team 9 which is composed by the few elites, is the most unusual team in criminal investigation divisions of the Metropolitan Police Department. They are always the top as criminal arrest rate. They try to solve criminal cases with struggling and cooperating each other.

Although Japan is a relatively small country geographically, each prefecture has its own traditions, dialects, and . . . foods!!! This program takes us to the secret places throughout Japan known to the people of the area and introduces us to things unique to each place.

Watase Tsunehiko plays the role of Torii Kazaburo, a detective who’s stuck in the data division of the Kyoto East Kamogawa station. He has the knack for solving cases that have turned up cold. His innocent looks hide a superior intellect that can store the details of old case files and help solve the unsolvable. You can’t hide anything from Watase-san! 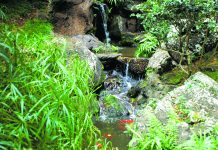 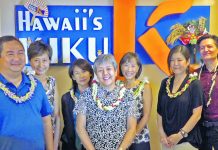